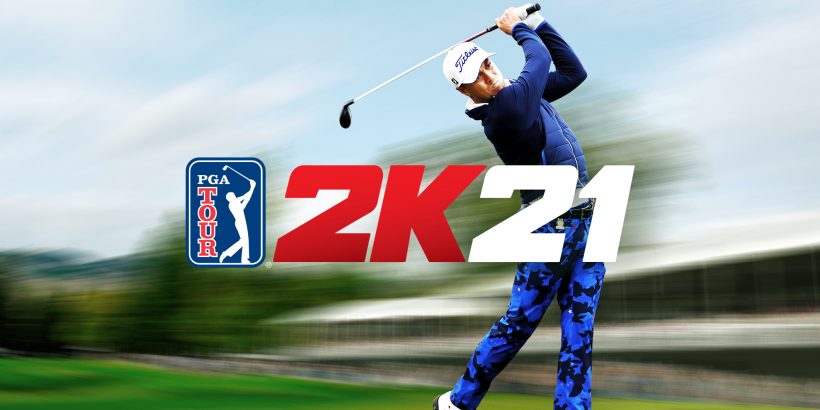 The Reverie Open. 18th Hole. 5 under par. A birdie or better is needed to lift the cup. After a breath-taking drive down the fairway, the ball lands on the green and I step up for the birdie shot. The screen goes black. Just a faint outline of my character and the flag is evident, and once again, it’s potluck that wins the day. I sink the shot. In the darkness of yet another bug. As my character reels away to celebrate, the software encounters an error and has to shut down…

I start the review in this vein to highlight the underlying issues which permeate through an otherwise thoroughly enjoyable sports game. It’s one that manages to capture the very essence of the sport, with the pressures of each shot weighing heavy on your shoulders as you make your way around a course. It disappoints and delights, almost in equal measure, yet make no mistake, PGA Tour 2K21 is well worth a purchase.

‘If it ain’t broke, don’t fix it’ would have been rather apt had this game not been a little broken from the start. PGA 2K21 does little to reinvent the wheel, offering both the control scheme and visual quality of a golf game from a previous generation of consoles. Surprisingly, it does so with such swagger that one either won’t notice or won’t care. Coming out swinging with the right stick to hit the ball was a touch of class, and all the usual balls and whistles associated with getting to the pin are present and correct. You can determine the slice, the weight of the shot and even where you hit the ball in order to curve it round a tree. It all feels rather solid and a demonstration of how good can be great if done properly.

The same can’t be said for the visuals which are decidedly underwhelming. It looks fine, but there is certainly some validity in the claim that compromises were made to get PGA 2K21 onto Switch on the same day as its console counterparts. Jokes have been made that the Switch version is most realistic as crowds are absent from the PGA tour, however we all know that to be just the latest in a long line of caveats to have the game running on the console. It’s disappointing. However, it quickly becomes the norm and doesn’t affect the atmosphere too much.

What does affect the atmosphere are the sounds that accompany the gameplay, and once again PGA 2K21 is a mixed golf bag. The sound of a clean strike as you hit the sweet spot of the golf ball with your driver is unrivalled in modern sports games. In contrast, the repetitive and oftentimes stuttering commentary is not.

With one birdie forward and two bogeys backwards, PGA 2K21 is truly the gift that keeps on giving and then taking away. For whilst the career mode is an excellent way to delve into all that the game has to offer, it can only be played with an internet connection. So much has been said recently about disgruntled Nintendo fans, and whilst there is something to be said for a game that releases simultaneously on the Switch as the other console variants, it shouldn’t be to the detriment of what makes the hybrid console so appealing. To not be able to play a mode so commonplace as the Career Mode whilst out and about is a travesty, and almost unforgivable.

A redeeming feature of PGA 2K21 is the inclusion of the Designer Mode, or ‘Create a course’. Set to be absent at launch, HB Studios managed to get it over the line just in time, and the Switch version is all the better for it. Offering an ingenious way to keep players invested for the foreseeable future, it’s a fairly intuitive tool that sees the player select a theme, a terrain type, and a layout that subsequently generates an 18-hole course. From here you can iron out the course by sculpting land and adding objects or surfaces to it. The results have been wildly varied, and its true staying power will become evident in the coming months. For the time being though, the option is an excellent one.

Rounding off the PGA package is a comprehensive tutorial, an online multiplayer mode offering a wealth of game options and a stable net code, and the chance to create or join an Official Society who run scheduled tournaments on a regular basis. If this game hadn’t been so poorly optimised for the Nintendo Switch, it would be heralded an absolute classic. Instead, it leaves this reviewer frustrated at what it is, disappointed when considering what it could have been, and yet still loving every single minute of his time on the green.

Fun but flawed. Brilliant but bugged. Delightful yet disappointing. The list of opposing adjectives that can be used to describe PGA 2K21 is a long one. In short, it’s well worth a purchase if you can overlook the current performance issues.