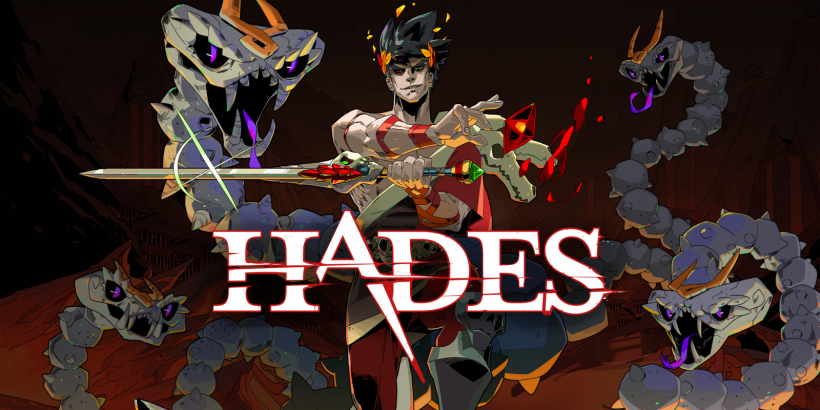 The illustrious Supergiant Games’ fourth title has already been turning industry and consumer heads, arriving as a console-exclusive title for Switch after being revealed in the September partner direct. Hades’ eternal flames have been burning for a while on the PC front, with the game launching in early-access at the end of 2018. Pitting you as the angsty son of the literal god of death, Hades does things a little differently than Supergiant’s back catalogue, going down the roguelike route, and it just might be the best game we’ve seen yet from the San Francisco-based studio.

With a messy bedroom, a father that he doesn’t see eye-to-eye with, and the tendency to try to run away from home, the narrative throughline in Hades seems in some ways more teen drama than violent hellscape. A humorous story that offers varying dialogue options dependent on your choices throughout, you play as Zagreus: a prince dead-set on ascending from the Underworld to join his relatives in Olympus. With each escape attempt, you’ll progress room to room, enduring a slew of enemies and bosses inspired by Greek mythology, before either succeeding, or dying and returning to home to start again from square one. Gameplay is buttery smooth, with Zagreus’ prideful strides between encounters almost as satisfying as his quips and remarks, and it has that distinctive Supergiant feel to it that fans of Bastion or Transistor will instantly appreciate.

The gods up top are anticipatedly waiting for Zagreus to join the party, and bestow upon you a range of ‘boons’ that modify gameplay each run. Even with a procedural layout (as is typical in roguelikes), the boons give you choices of what preferred move, ability or buff you want to gain, allowing you to still influence the avenue you want to go down and the build that you want to end up with. Of course, these are but one of the many different modification options available, and you’ll be rewarded in many varied forms, from story developments and relationship growth with other characters, to permanent upgrades through the many currencies you can snag on your travels.

Weapons, perhaps the most crucial tools in escaping the ever-changing labyrinth of the Underworld, shift up the entire flow of gameplay, and with codex entries for each, Hades almost treats them as their own characters. From sword, to spear, to bow, the weapon you choose will, of course, provide certain benefits and drawbacks, influencing your strategy out in the field and the gods you choose to accept perks from. For example, when choosing to play with the bow, I found myself leaning more towards boons from the likes of Artemis – providing me with more critical hit chances – and Zeus – sending bolts of lighting ricocheting off each arrow flurry. While you’ll probably settle on a weapon setup that you prefer to use when trying to get as far as possible, there are incentives and rewards for experimenting with different builds. The gods themselves are always fun and interesting to interact with, each with their own unique personality and design.

At the opposite end of the blood-red spectrum, serving as perhaps the perfect counterpoint and respite from the fast-paced action, Hades also features a strangely intriguing and fun customisation option that’s not combat-related: the renovation and contracting of Hades’ palace. It might sound like a strange addition to a game like this, but it really helps you to recharge and stay engaged with the gameplay loop. Even when failing at the final hurdle on a promising run – with bonuses and boons that are working brilliantly together – you’re almost excited at times to be relieved of your duties, so you can spend your hard-earned currency on upgrades to your lounge area, or new furniture for your living chambers.

Those wanting to visit hell in a handbasket will be pleased to know that Hades plays in handheld and tabletop modes as vibrantly and silky smooth as it does when docked. It was a concern of mine that some of the projectiles, text, and menus would feel a little compressed when playing portable but I had no issues, and with the performance not compromised this will be a standout feature of the Nintendo edition of the game, even when it eventually comes to other consoles in the future. For now, though, Xbox and PlayStation players are doomed to purgatory.

Overall, Hades is a must-play for fans of Supergiant’s previous games, and, in fact, any that are interested in the multitude of well-executed features it offers – from the addictive roguelike gameplay, to the attention paid to the mythological source text, and even the house contractor element that allows you to channel your inner DIY SOS – with emphasis on SOS. The replayability and variety presented by the sheer amount of modifying elements make it fresh in almost every escape attempt, and using fascinating Greek mythology as a narrative backbone means players don’t miss out on humour and story due to the roguelike structure.

Want something to get you in the mood for Halloween? Go to hell.

Supergiant’s latest action gem Hades is a must-play for Switch fans looking for some fast-paced action, especially considering it’s currently a console exclusive. The seemingly endless modifiers keep the roguelike gameplay fresh and exciting each run, coming at no expense to its humorous, hellish story.