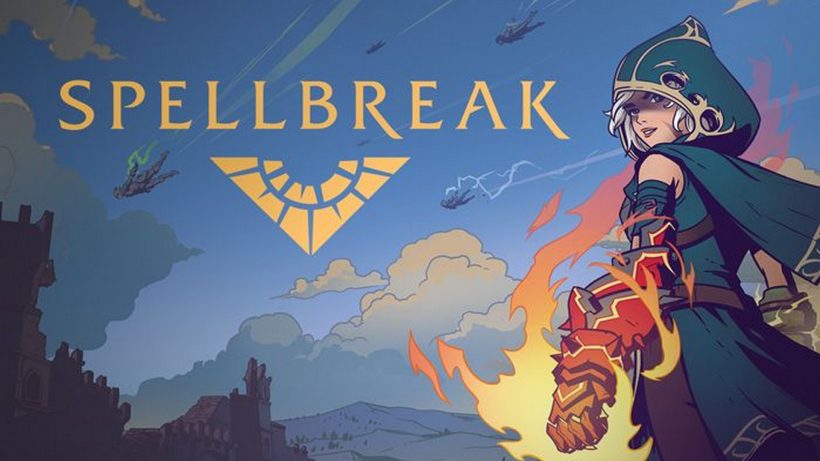 Whilst it’s safe to assume that most people have had some sort of experience with the Battle Royale genre by this point, having been made popular by both PUBG and Fortnite simultaneously, it’s equally likely that many wouldn’t have heard of Spellbreak, the latest – but certainly not the last – attempt at a unique take on the fledgeling genus. Proletariat forgoes standard weapons found in Spellbreak’s peers for magical gauntlets and, in doing so, manages to differentiate itself from the pack. It’s just a shame, then, that the Switch version is so abhorrently inconsistent on a technical level, that it’s near impossible to recommend in its current state.

Before starting a match, you’re able to choose one of six primary gauntlets – Fire, Frost, Lightning, Stone, Toxic and Tempest – and alter some selectable perks to better suit your play style, such as being able to resurrect with a smidge of health upon your first untimely demise. Your primary gauntlet also has some inherent perks built-in alongside it, which are activated upon surviving the many phases of the battlefield becoming smaller.

From here on in, it’s largely as expected; You set out to find loot in the form of a secondary gauntlet, a charm – a tool with unique tertiary abilities, such as flight, invisibility and so forth – and three armour pieces. These consist of Amulets, Belts and Boots, all which change your available mana pool, defence and speed respectively. Obtaining that second gauntlet is key, particularly due to the synergy between attacks, and herein lies the brilliance of the systems at play here.

Creating a lone tornado with the Tempest gauntlet, for example, simply creates a vacuum that pulls enemies towards its core. Combining that with a fireball creates a much more threatening, damage-dealing opportunity that is likely to pose a greater threat to your many adversaries. Likewise, creating a toxic cloud with the respective gauntlet and throwing a fireball into it creates a larger Area of Effect explosion. The many coactions beyond this aren’t implicitly taught to you – only the two above are used as examples in the tutorial – so it’s through natural gameplay that you’ll find further recipes of destruction.

It’s here, then, that the Switch-specific nuances can be mentioned, and it’s where things don’t look quite so appealing. Aesthetically, the many character models boast an anime-esque appearance, although the general softness of the image certainly hides their true splendour. The various spell effects appear sublime too, with bold colours allowing you to be able to discern what’s happening from far away. I hope to see the map updated to reflect the other elements’ character; It’s wholly unremarkable as of right now. The weakest aspect of all, though, is the frame rate. It simply isn’t able to function at a consistent level on the Switch, and leaves the larger battles nigh-on impossible to compete in.

It’s unfortunate that I’m simply not able to recommend the Switch version as it stands. Whilst patches and the natural evolution of online worlds may alleviate my criticisms, it’s one best left for the time being. That isn’t to say I haven’t enjoyed it though; I’ve continued to experience Spellbreak on various other platforms, all of which have the technical prowess to support such a title despite it not necessarily needing all the horsepower; Maybe just some backend fine-tuning is needed in the months ahead.

Spellbreak is the perfect example of a great game let down by lacklustre performance on the Nintendo Switch. Unique gameplay mechanics aside, being often unable to play the game due to technical issues limits any potential enjoyment to be found.