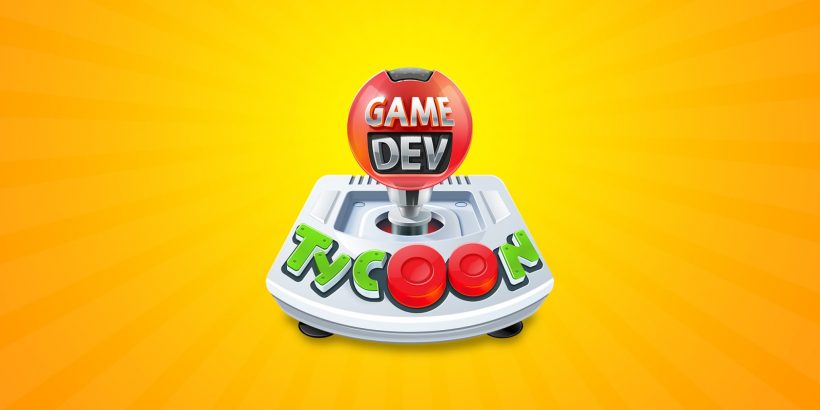 Some find that the most addictive of games correlate with those that have complex and nuanced mechanics. I find that distinction more akin to immersion than addictiveness, and feel the more simple the mechanic and gameplay loop, the easier it is to lose yourself to; Animal Crossing: New Horizons, one of Nintendo’s biggest hits this year, so clearly proves this. Most examples of mobile gaming also show this trend, although that’s starting to diminish somewhat with more capable hardware and time spent at home due to the current pandemic.

Regardless, to create and then capitalise on such a captivating repetition takes an absurd amount of skill. Thankfully, indie studio Greenheart Games have brought their much-beloved Game Dev Tycoon to the Nintendo Switch, a game so synonymous with the simulation genre that I’m A.) surprised the game still garners new business and B.) surprised that it took this long for a port to come to fruition in the first place.

The premise of Game Dev Tycoon is simple. You start off as a lone hobbyist in your spacious garage, delving out into the wild unknown with the creation of your new game studio, and subsequent first title. With the initially sparse combination of platforms, genres and topics – general themes consisting of space, time travel and crime, for example – you’re tasked with creating a best seller to bring in that all-important dosh. Upon releasing it into the world, in-game critics review the game based on the selected options and, once the game is taken off the market, you’ll be able to perform a study of the mechanics and whatnot to assess what worked well.

There is slightly more nuance than just choosing the genre and pressing go, though. You’re able to manually adjust sliders as to whether you want to focus on graphics, story, AI and so on, all of which aim to cohesively aid the genre specifically. The story, as just one example, is obviously something you would focus your time into when you chose to develop an RPG, whereas it’s not quite so important in an open-world racing sim.

As time progresses, you’ll be able to spend any of your banked Research Points – an alternate ‘currency’ of sorts that allows you to discover new genres, topics and even graphics engines and consoles – to further any and all possibilities. Naturally, developing your own console comes much, much further down the line. Until then, you’ll be focusing on the TES 64, Mbox One and, my personal favourite, the Nuu.

As you release more games and find yourself rapidly rising through the development ranks, you’ll be able to move out of your homely garage and into an office, capable of hiring to and creating larger, more cohesive units, each with their own quirks and challenges. The amount of bugs per title increases proportionally, and having to set aside valuable time to squash this becomes a necessary evil, although we can all certainly appreciate a bug-free game. Long gone are those days, but that’s beside the point.

This real-world combination, then – a title that has seen success on both PC and mobile, both of which boast very unique controls when compared to a console – has thankfully had the correct allocation of “love and care” points applied to it. Featuring a wholly new screen layout and control mechanic – one that can utilise both button input and, impressively, a well-implemented touch control system – it’s clear to see that the Nintendo Switch’s unique feature set and screen real estate has been taken into careful consideration.

The price of the package is something I would usually rather avoid, but I believe this title in particular warrants notable mention: It’s £13.49. Considering the mobile version comes in at a mere £4.99, and the Steam version comes in at £6.99, it begs the question as to why the notable increase. This Switch version has seen significant optimisation in terms of controls and layout, but not necessarily significant enough to choose over other, more storied versions of Game Dev Tycoon available elsewhere.

This is certainly not to say it’s perfect, mind. Sound is still underwhelming at best, annoying at worst; The repetitive blips as attribute bubbles pop gets on your nerves far too quickly, and often became the reason I opted to put the game down. I could have just muted the game, mind, but that’s beside the point. The art style, as clean as it is, somewhat mimics the simplicity of the audio. It’s clean, minimal and, therefore, easy to love, but it lacks the character that you really need to create that meaningful connection with it.

YouTuber’s Life, a similar example, had that character in appearance but, unfortunately, didn’t quite muster the masterful simplicity that is on show here. It’s not a unique mastery – it essentially mimics Game Dev Story to a fine point, a game that was released prior to the creation of Greenheart Games, but it’s a mastery nonetheless. If this existing as an almost carbon-copy, mechanics-wise, puts you off, then you best avoid it to keep a clear conscience.