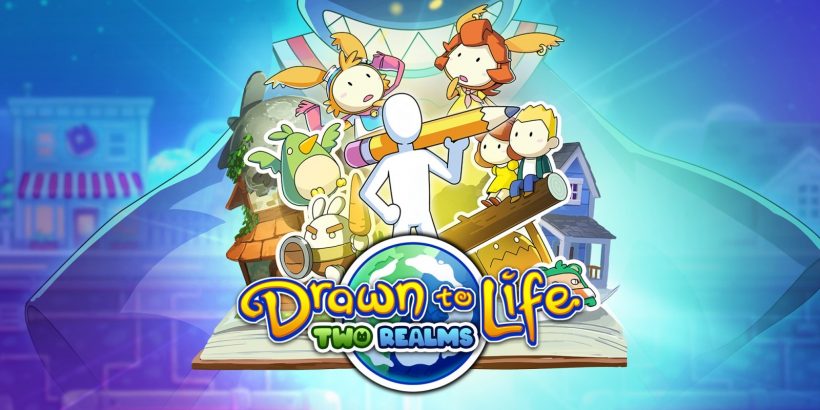 Being able to draw and stretch my imagination on the DS touchscreen, with the original Drawn to Life (2007) and its sequel, Drawn To Life The Next Chapter (2009), was something I absolutely adored. When I got the chance to get my hands on this Nintendo Switch instalment, I was so excited. Many of the original Drawn To Life team have returned to bring this puzzle platformer to life once more, so I expected it to be great, of course. Unfortunately, it mostly isn’t.

The first task will be very familiar for those who have played the original games: creating your own hero. You can have plenty of fun here adding different heads, outfits, and torsos. You can choose the colours for your hero and be as inventive as you like but the issue straight away is that there are no touch screen controls at all. You have to use L to move the cursor and then drag and drop your paints. The cursor moves slowly, immediately giving a bad impression, but there is still time for things to improve.

Introducing your hero to the world of Raposa, you’ll meet the characters of Mike and Mari. Receiving the Book of Imagination will allow you to get into the heads of those you meet and solve puzzles. If this sounds somewhat simple, it’s because it is. To stop Mike having his bike stolen, for example, you can use the book to get inside his head and, by solving three puzzles, put the situation right.

The levels are fairly standard and in this game the premise is to get to the exit without dying, dispatching enemy toys as you go. These toys are varied, with some reminiscent of Goombas from Super Mario Bros and others that are springs and even teddy bears that will do anything to stop you getting any further by throwing swordfish at your head! The game has definitely not lost any of its bizarreness.

In each level you move from left to right, using A to jump and B to knock out enemies with a mid air Mario-style ground pound. Hit them once to stun them and a second time to eliminate them altogether. In some levels you can use toys to your advantage and move them around, using the L or R triggers to pick them up, placing them with the X button to solve puzzles and score points. This can be great fun and requires a certain amount of imagination and pre-planning. It’s one of the best parts of the game, but without touch screen controls it just doesn’t feel as convenient as in previous versions of Drawn To Life.

When you hit an enemy you start to flash as you lose energy, which is nothing new and in itself not a problem. However you’ll soon realise that, even when you are flashing, you’ll continue to take damage, as the colour slowly drains from your hero, turning them into something resembling a crash test dummy. In most platform games you would have at least a few moments to recover and get to safety but not here; it’s a feature of the game that almost ruins it completely.

To look at, Drawn To Life: Two Realms is pretty damn gorgeous, and the pixel backgrounds are glorious, but they’re spoiled a bit as you make progress since they feel like they never change. The music is jaunty enough but even that feels undercooked. Everything that made the original games so stunning seems to have been tossed to one side and it’s hugely disappointing.

What was a superb franchise eleven years ago feels like it has suffered from the curse of 2020! Some of the platforming is okay and, at times, will bring a smile but far too often it will make you grimace and want to scream out loud: ‘why?!’

So much potential, very little of it realised.

Drawn To Life: Two Realms appears familiar, but when you start to play it, it just falls apart at the seams. Everything that made the originals fun, particularly the touchscreen controls, has been disregarded, leaving a huge disappointment behind.