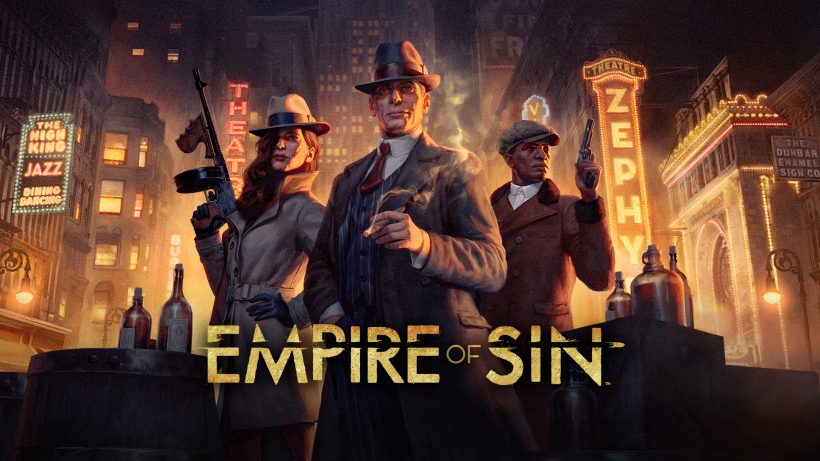 From literature to cinema, an entire sub-genre was created on top of the mafia fantasy. It’s not surprising, though, when you consider how weirdly attractive it is to witness the rise and downfall of these despicable outlaws. Knowing this, Empire of Sin proposes to take the most common elements from that theme to let you run your own family in an attempt to become the one and only mafia boss. It would be a tempting offer, were it not for the sinful execution in pretty much every single department.

Before this empire starts to crumble, Empire of Sin presents an exciting introduction to its world and characters. The concept is strong: turn-based strategy combat, empire management gameplay, and mafia narrative all coming together to create a complete experience of what you would expect from a game inspired by the most famous examples, such as The Godfather or Scarface.

The inspirations and possibilities actually seem staggering at the beginning. Choosing your character is the first thing you need to do, and you have no fewer than 14 different options. Each one works as a reference to a famous mafia boss or gangster stereotype, and they come with different skills, specific bonuses and entirely unique narrative backgrounds. After you select your favourite thug, some of the other bosses will be added to the game, and will try to negotiate, bribe, or fight with you to the top of the mafia world.

With so much potential on its hands, it is really sad to see that Empire of Sin drops the ball too soon. After this brief introduction and a few tutorial guided missions, you end up learning that, for every promise of an interesting system or deep mechanic, Empire of Sin delivers a half-baked idea that is poorly executed. Its narrative potential, for instance, is reduced to a few sentences that are occasionally shared between mafia bosses. Of course, it would be insane to think that this game should deliver 14 entirely different storylines, but it is impossible not to become a bit bitter when you consider what it could be — especially when you take a look at many other ideas that don’t come to fruition.

One of these poorly executed ideas is the combat itself. When it comes to its turn-based strategy combat system, Empire of Sin doesn’t try to hide its principal inspirations. If you have played any of the most recent XCOM games before, you’ll instantly recognise the same elements. Each map (be it a saloon, an office, or even the streets) is formed by a grid, where you’re able to move and position your characters. Similar to how it happens in XCOM, walls, tables, objects, and other obstacles can be used as cover and, depending on their size, they’ll offer half or full protection, affecting the accuracy of whoever is attacking that character.

As you can expect from a game in this genre, characters have different classes, with unique skill-sets. In this regard, the way you recruit new gang members is actually interesting. You have access to a black book: a list with every unique gang member that can be recruited. Before getting access to the best mobs, though, you need to increase your reputation within the gang world, but even then, you can’t choose the most powerful gangster blindly. These goons have different relationships between themselves that will affect how (or even if) they fight for you.

As much as this recruitment process is interesting, and as much as the combat takes elements from the best of the genre, the actual implementation is boring and repetitive. There’s two distinctive elements that lead to that. The first and more problematic one lies on how dumb the enemy AI is, up to a point that you’ll often see enemies running out of covers, or skipping their action. Even when the combat is working, though, Empire of Sin lacks when it comes to the actual level design. Most maps are too small, not giving enough room for a deep strategy other than winning on brute force.

Running an empire takes more than fighting, and in order to give you a sense of growth, Empire of Sin has an entire management layer to offer. At any time, while traveling through the city’s map, you can zoom in and out to see the whole neighbourhood. This is a good way to get an overview of every building you own, as well as the territories from other gangs. By selecting your own buildings, you can open upgrade options, where you can choose to increase security, production, or the mouth-to-mouth marketing. If you want to min-max your playthrough, there are lots of options to explore. Unfortunately, though, most of these options end up as redundant systems that can be completely ignored.

What you can’t really ignore is how poorly the game runs on the Nintendo Switch. Graphics have taken a huge blow, as models have blurry textures and pixelated borders. Worse than that, still, are the many frame rate issues, bugs, and crashes you may encounter while playing. This just adds to the pile of conceptual problems in Empire of Sin. As a result, I couldn’t really recommend the game, as there are way better examples of the genre.

Empire of Sin is a weird mixture of half-baked ideas and poorly executed concepts. At times, you can notice glimpses of potential, but in its current state the game is so broken that you can have more enjoyment with any other title in the genre.