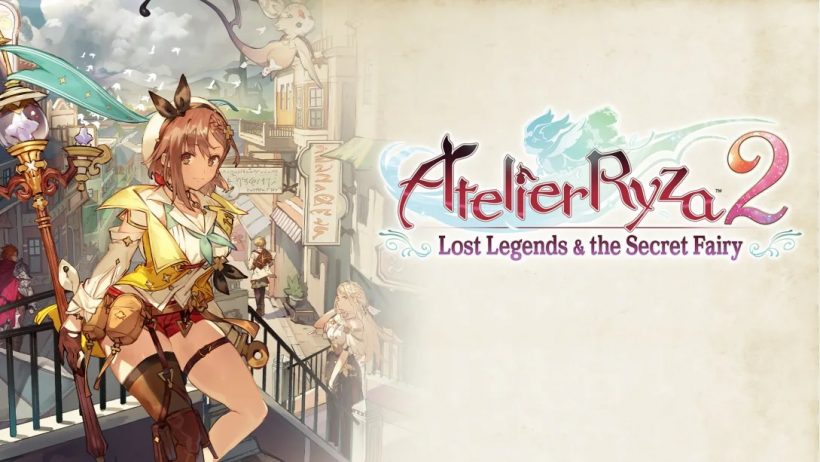 I don’t think I’ve ever played a game that’s more unabashedly anime than Atelier Ryza 2: Lost Legends & the Secret Fairy. Having shamefully not played any of the previous 21 series entries, I simply wasn’t prepared for the level of overt cutesiness and high-energy presentation laced throughout Koei Tecmo’s latest. Thinking about it, though, the subtitle alone should have been a dead giveaway. Luckily, look beyond Atelier Ryza 2’s stereotypical tendencies and you’ll find an immensely enjoyable and polished JRPG adventure – one primed to appeal to both genre veterans and newcomers.

For all its colourful characters and unexpected twists in the plot, the first thing to say about Atelier Ryza 2 is that it very much plays like JRPG comfort food. This is to say that anyone experienced with the likes of Ni No Kuni, Xenoblade Chronicles and especially Dragon Quest will instantly feel right at home here. In this case, you play as Reisalin “Ryza” Stout, a plucky young alchemist travelling through diverse ruins alongside an expanding party of heroes, all in the hopes of solving a wider mystery.

Events begin when our titular hero is gifted a mysterious artefact and challenged to find its purpose, forcing her to travel from her childhood home on Kurken Island to the sprawling city of Asha-Am-Baird. The latter acts as your main hub for the duration of this 25-hour(ish) journey, letting you buy gear, take on side quests and craft new items that are useful in battle. This is indeed a direct follow-up to 2019’s original Atelier Ryza, and while I definitely could sense I missed the gravity of certain character returns and plot callbacks by making the sequel my jumping on point, Atelier Ryza 2’s mix of mechanics and systems can be picked up quickly.

Its focus on crafting is what helps sets Atelier Ryza 2: Lost Legends & the Secret Fairy apart from other JRPG giants. Ryza herself is an experienced alchemist, after all, and this is a tool that the citizens of Asha-Am-Baird are all too happy to exploit. At first I was worried that crafting, in addition to other menu-heavy systems like party management and item gathering, would be a bit too overwhelming, but everything is explained to you clearly in the opening hours, and most are easy to pick up as they directly inform each other.

Alchemy itself is a good example of this, allowing you to craft important materials like bombs and healing items. While it’s true that you may only be able to manufacture them when back at home base, it’s a factor you’ll always be thinking about. Unlocking new recipes is as convenient as opening up the skill tree system from your main menu and spending the required XP to learn more. Almost everything in Atelier Ryza 2 sees you earn XP, from discovering new secrets in any relevant dungeon to kicking monster butt in random battles.

Combat is obviously an important part of any engaging JRPG, and in this department, Atelier Ryza 2 doesn’t disappoint either. At its core, fending off creatures is a mix of real-time and turn-based strategy, where knowing when to attack, defend and deploy special moves tied to the Action Points you’ve accrued proves key. The longer you allow your AP to build over time the more moves you can chain in quick succession, which when done effectively will combine with the AI-controlled moves of other party members. And trust me, there’s nothing more satisfying than having up to three characters all unleash super attacks during the height of a boss battle.

In between combat and alchemy, a lot of your time will be spent engaging with locals, building up character relationships, and exploring different dungeon territories that all tie into the main plot. The pacing is rather brisk compared to other JRPGs, for the most part, but less exciting genre traits like the odd annoying side quest and need to grind it out for a specific ingredient can still crop up from time to time. Never once while playing did I feel myself level-gated – though it being so easy to dodge engaging with monsters can cause you to be underpowered towards the midpoint.

On the presentation-side, Atelier Ryza 2 easily stands alongside some of the best-looking JRPGs available on Switch. Environments are expansive and lavish, yet not once did I see an instance of frame rate stuttering or low-texture graphics. Sure, the openly anime tone ensures that they don’t ever need to be the most detailed, but it’s nice to have a big meaty JRPG look just as great on Nintendo’s handheld as it does on other consoles. Both in docked and handheld mode, Atelier Ryza 2’s always impresses visually.

Menu-heavy systems and disappointing side quests aside, Atelier Ryza 2 quickly reaches the status of must-play Nintendo Switch JRPG. It’s a charming adventure full of well-drawn characters and a whimsical story that never failed to surprise me, all tied together with a thoughtful alchemy system and a unique spin on turn-based combat. It’s worthwhile whether you’re traditionally an anime fan or not.

Atelier Ryza 2: Lost Legends & the Secret Fairy is a delightful entry into the Nintendo Switch’s catalogue of sprawling JRPG adventures. Its character, world and story won’t fail to charm you.