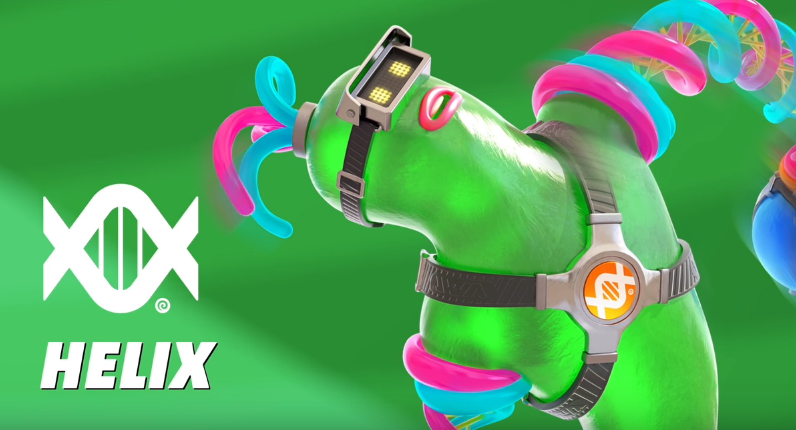 The ARMS roster continues to expand as newcomer Helix (known as DNA Man in Japan) is revealed through the official Nintendo YouTube channel.

According to the video’s description, Helix was created by ARMS Laboratories, Inc., and possesses the ability to shrink and stretch his body at will. This unique skill, along with Helix’s personal battleground, can be seen in the video below, along with the reveal of a new bouncy-type weapon that was never shown in the Nintendo Direct from March 20th.

ARMS is set to release on June 16th exclusively for the Nintendo Switch. Along with the newly announced ramen-fueled Minmin, Helix brings the current ARMS roster up to 7 fighters.