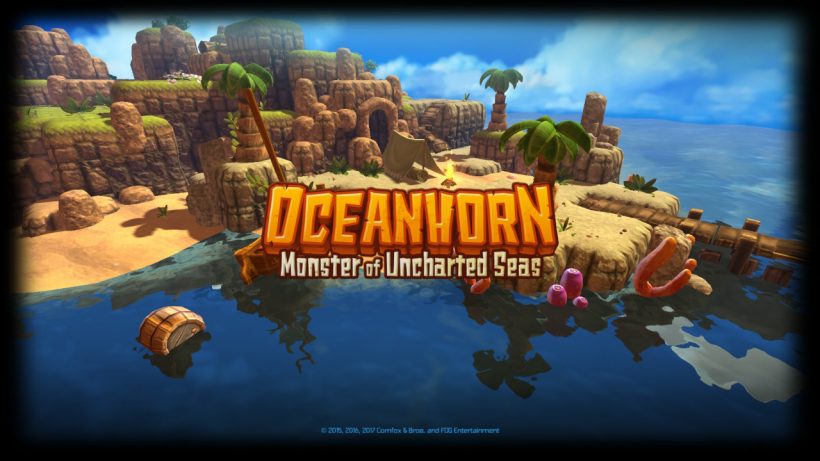 This is not the greatest game in the world, no! This is just a tribute!

Oceanhorn: Monster of the Uncharted Seas is a lovingly crafted homage to one of the best gaming series of all time. Go ahead, take a look at the screens that accompany this review and tell me you cannot see the resemblance between this and Nintendo’s Legend of Zelda series. I dare you.

That said, the game starts with the protagonist’s father leaving a note saying that he is travelling to confront the titular sea monster Oceanhorn who is terrorising the world. When our main character awakes and reads this note, of course he decides to go after his father and sets out to defeat the monster himself.

You gain control of our hero on an island that is home to a hermit, who funnily enough is called Hermit – and he proceeds to explain the lore of Oceanhorn to you before sending you off on your first quest. This island acts as a sort of tutorial, teaching you the basics that you will require before you travel out to the wider world. There are signposts littered around this island (and all of the game’s islands for that matter) that not only tell you where you are, but also give you handy hints and tips to help you along your way. 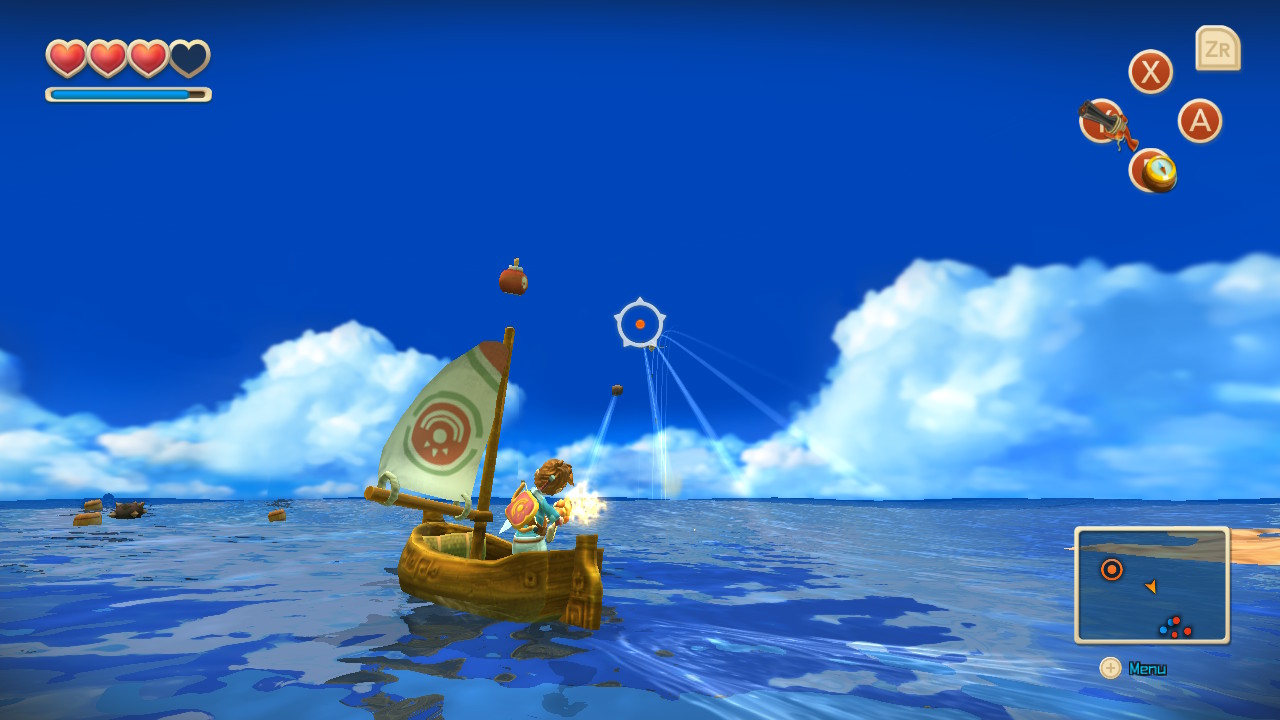 When you first see the world map that is used to navigate between islands, it does look rather bare. This is because you will need to discover the location and start charting these uncharted seas. This is done by either speaking with NPCs, or reading about the islands via the message in bottle style notes that you will find washed up on sandy shores. As I am sure you have seen, you travel between these islands by boat (which is clearly a nod to Wind Waker). I was quite disappointed when I discovered that you don’t actually control the boat, but you instead pick your destination on the map screen and wait as the game sails you there automatically. Later on (as your character levels up), you will also get access to a pea shooter for the boat – which can be used to shoot enemies and flotsam as you travel – but the navigation between islands seems like its main function is to cleverly hide the game’s loading screens.

Back on land, the gameplay is rather enjoyable – if nothing special. You will find yourself exploring dungeons, fighting enemies, pushing boxes, and activating switches on your mission to find the three emblems that will help you on your journey. I found the combat to be a little lacklustre, and the enemy AI didn’t seem up to scratch. Enemies often chase you relentlessly at the mere sight of you, but end up giving you very little resistance when you turn to face them. Most encounters simply consist of mashing the “Y” button until your adversary’s health bar depletes.

You will also have to face a few boss battles en route to your final face-off with Oceanhorn, and in contrast to the normal adventuring I found these bits to be quite enjoyable. They combined combat with puzzles, and certainly made me think about what I needed to do in order to emerge victorious.

As you advance through the game, you will unlock new abilities and skills to help you on your quest. These will range from being able to cast elemental spells, to unlocking a limited jump ability to hop short distances, and even bombs to blow away any debris that blocks your path. Of course, this means that you will need to go back to areas already visited to use your newly gained skills to access previously inaccessible areas.

These skills are also needed to progress through the dungeons that are housed within the each of the game’s bigger islands. Said dungeons areas tend to lead to the next required item/boss/character, giving you what you need to advance the game’s rather tried and tested story. You will also find yourself using your bow and arrow to hit path-opening targets in the distance, or pushing boxes/statues onto pressure pads to reveal the way to your goal.

Aside from the story quests, there are also challenges that pop up when you arrive at an island. You will gain experience that will help you level up by killing enemies, but for big experience boosts you will want to complete the challenges that the game sets you. These tasks are often skill-based challenges – such as defeating three enemies with one sword swing, or deflecting a certain amount of enemy attacks with your shield.

I thought these challenges were a great addition to the game, and they certainly made levelling up feel more interesting than in most other games (and less of a grind). Speaking of levelling up, it’s something you’ll want to aim for as it will grant you perks that will boost inventory slots, or reduce the amount of mana that is used when casting spells. These upgrades will have you quite thankful after a romp in some of the later dungeons!

Although all these extra bits are helpful in your mission to defeat the great sea monster, it certainly isn’t necessary to collect everything in the game. I finished my first playthrough with a completion percentage of 68% – which took me around six and half hours. If you are after that 100% completion, I guess you can look at a playtime of around ten-twelve hours to see everything that Oceanhorn has to offer – though I feel no incentive to go back and get the 100% as things are.

As I mentioned at the start of the review, the aesthetics in Oceanhorn: Monster of Uncharted Seas will remind you of the Zelda titles, and even the HUD that displays the game’s controls and your health is a ringer for what you will be used to from Link’s adventures. One thing that you cannot deny however, is that the game does look good – especially considering its origins are a four year old mobile title.

On the Nintendo Switch, you can expect it to run at 1080p/60fps in docked mode and 720p/60fps in handheld mode – and my experience was a very smooth one! The game’s art style appealed to me from the moment I first saw Oceanhorn, and the rich and colourful worlds are very easy on the eye. Another stand-out quality of this game is the soundtrack that will accompany you on your travels. Featuring the work of Nobuo Uematsu (Final Fantasy series) and Kenji Ito (SaGa and Mana series), this was bound to be something special!

Cornfox & Bros’ Oceanhorn: Monster of Uncharted Seas is a game that aims to reach for the same dizzying heights as the Zelda franchise – but like the Tenacious D song, is more of a tribute. That said, while they say imitation is the sincerest form of flattery, in Oceanhorn’s case I feel that particular approach has done the game some disservice.

With a few unique ideas of their own and a slight increase in the challenge offered, Oceanhorn could have been a classic game in its own right. Still, this is a great achievement from the self-proclaimed Nintendo fans, and the game looks and runs great on the Switch. It’s clear to see that most players will find themselves enjoying Oceanhorn if they do decide to take the plunge!

Oceanhorn: Monster of Uncharted Seas tries a little too hard to copy the game that clearly inspired it. While good fun to play, if a little easy in parts, I feel that if Cornfox & Bros had been a little more adventurous and set out on their own path, they may have found that this good homage could have been great game by its own doing. If you are a fan of the Zelda series, you will definitely find Oceanhorn enjoyable – just don’t expect too much from it!