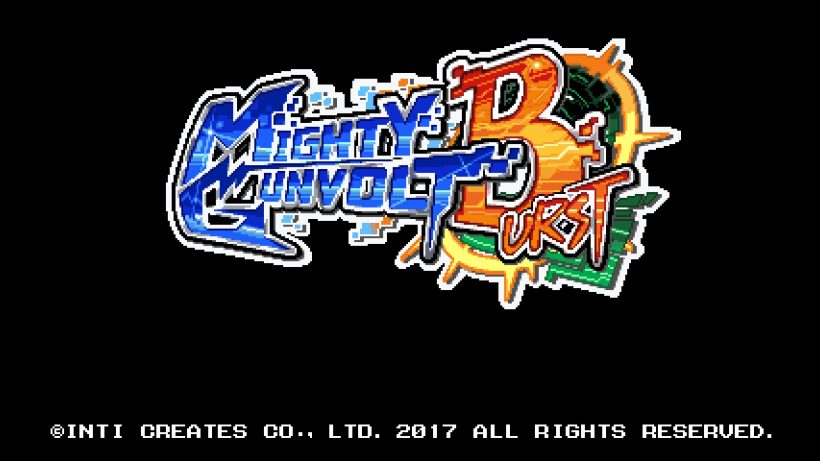 After the colossal failure of Inafune’s Mighty No. 9, many would imagine the series would be dead in a slimy pool of amniotic fluid. That’s not the case however, and developers Inti Creates and Comcept decided it would be a fantastic idea to combine both the Mighty No. 9 and Gunvolt series into one game, and much to my surprise it actually pulls it off with decent results.

Mighty Gunvolt Burst puts you in the role of Beck or Gunvolt from their respective series to shoot and jump through eight levels based off stages from Inafune’s demon child. Most of these stages are fairly standard for a Mega Man-esque adventure featuring invisible blocks, changing environments and the ever-infuriating dark rooms with limited visibility, but they are fairly inoffensive and offer an adequate sidescrolling experience on Nintendo’s console. 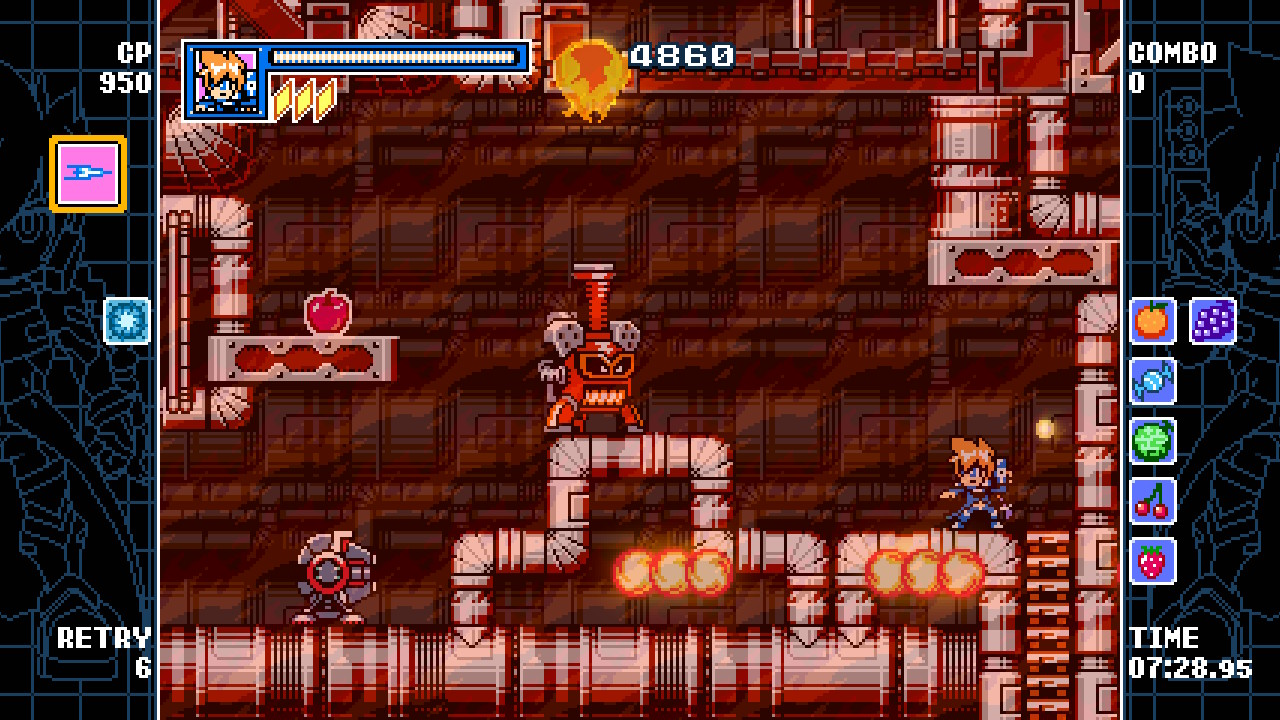 While the stages do vary from each other quite nicely with beautifully crisp pixel art backgrounds and decent—if unexciting—level design, enemy variety leaves much to be desired. Enemies repeat themselves far too frequently throughout the course of the game and once you learn their extremely limited movesets the game becomes an uninteresting slog only an hour or so in. With only a handful of foes to fight from beginning to end, Mighty Gunvolt Burst lacks the combat variety that other platformers, such as Shovel Knight or even Mega Man, do so well.

Level design is much more focused around trial and error, an aspect most definitely taken from the original Mighty No. 9 but without the original game’s infuriating enemy placement. Levels, thankfully, don’t take long to learn and there’s joy to be found in replaying stages to earn upgrades and find secrets. What was at first a rage-inducing run of constant death becomes incredibly fun and satisfying as you kick ass from start to finish in minute-long runs. 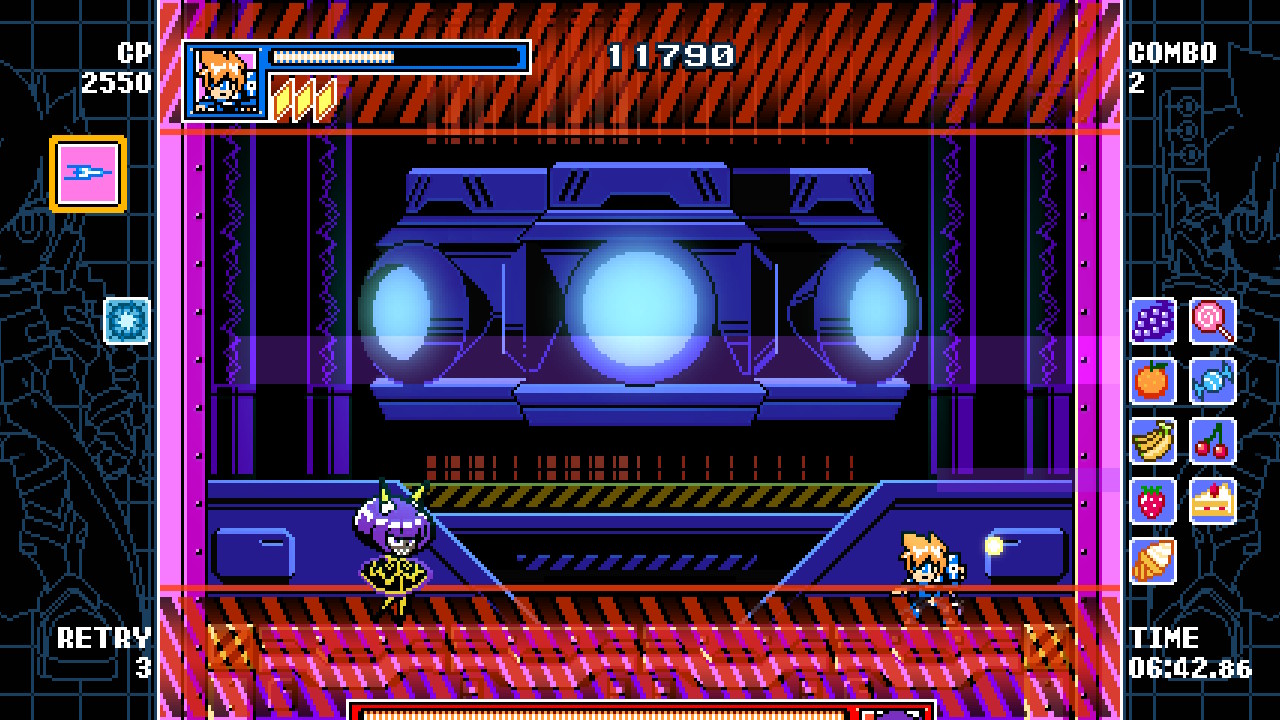 Where Mighty Gunvolt Burst excels is in its high level of character customisation. Using skills and an extremely generous Character Point limit, you’re able to tweak everything from shot speed to knockback distance and craft an experience more suited to your playstyle. Oh, and you’ll want to change that knockback distance, with enemies able to shoot through walls it’s a big ol’ pain in the rear.

The main draw of any Mega Man style game for me however, are the bosses. Thankfully, Mighty Gunvolt Burst takes the cool character designs of the Mighty Numbers and crafts more traditional—and much better, less broken—battles than those found in the original game. For example, the teleporting Countershade uses portals to ricochet sniper fire at you and drop faux health pickups, and the Gatling-Gun wielding Battalion dismantles himself into various projectiles that you’ll have to dodge whilst dispatching spawning enemies. 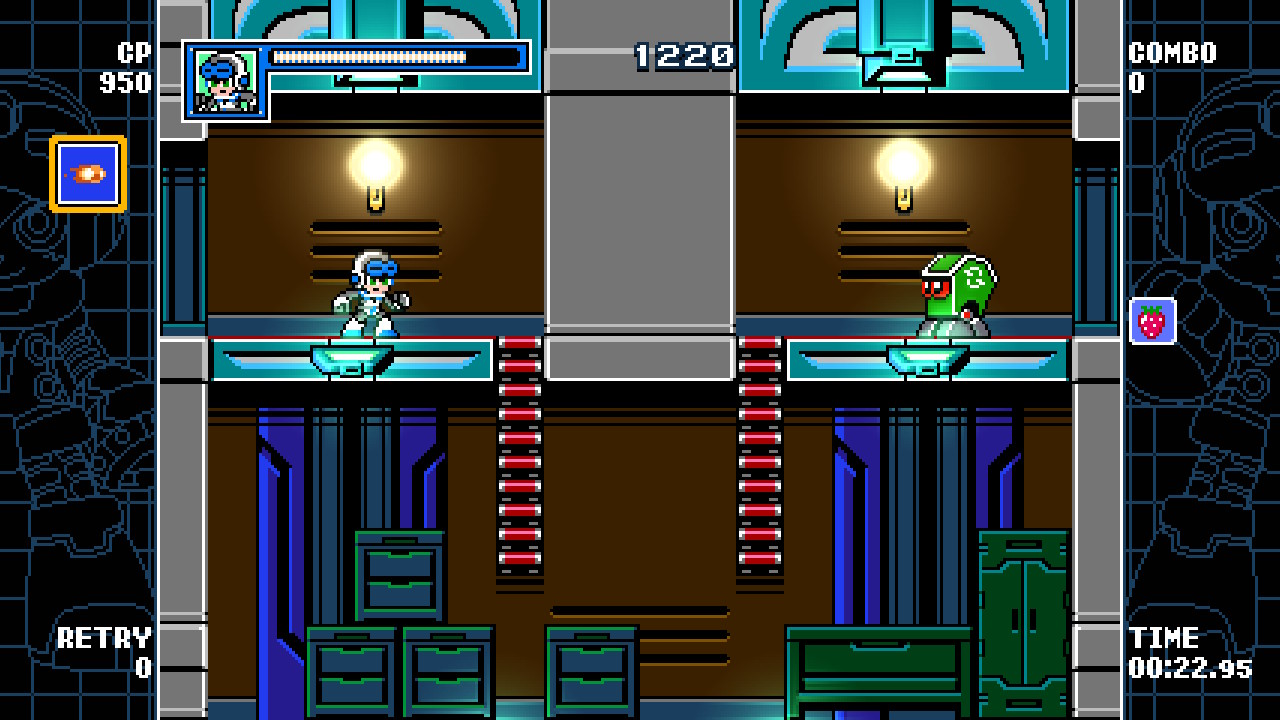 As you add more upgrades these bosses will inevitably become easily exploitable, especially when you get the option to alter the amount of invincibility frames you have. At the end of your hour-or-so journey you’ll be able to pretty much stand right next to a boss and spam the shoot button if you want to, but the ability to make the game more difficult by tweaking your character on the fly means that you’ll always be able to make the game as easy or as challenging as you wish in these later stages.

After the immensely disappointing Mighty No. 9, I thought that I would instantly feel repulsed by any game set place in that universe. Much to my surprise, Mighty Gunvolt Burst takes everything that Mighty No. 9 did right and designs an enjoyable, albeit generic, action-platforming experience with fun character designs, intriguing boss fights and a great ability customisation system to craft your gameplay around your specific playstyle.

Mighty Gunvolt Burst isn’t a fantastic action-platformer, but it is a relatively enjoyable one and miles better than Mighty No. 9-Stages-of-Hell. With a cheap enough price tag and a decent amount of replayability, there are worse options you could choose on Nintendo Switch than this.