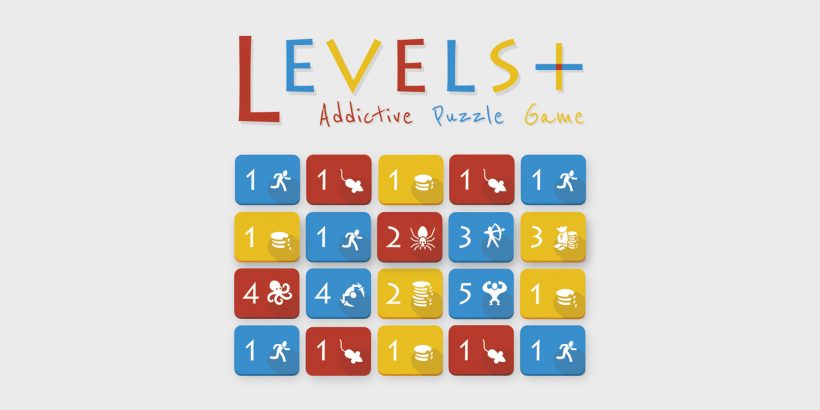 War has never been so simple.

Levels+: Addictive Puzzle Game started life as a game for mobile devices, building upon the very standardised concept of matching coloured tiles to make them “pop” and accumulating high scores with new ideas. Now, with a sparkly new plus sign in the title, the game has made its way to Nintendo Switch – but is this version worth the spending of a little of your hard earned cash when its mobile counterpart is free to download?

Let’s kick things off with a rundown of the gameplay. As previously mentioned, at its core Levels+ is all about moving tiles around the screen, taking out other tiles in the process, and adding to your score. What allows this game to detach itself from countless, forgettable clones of puzzle games gone-by however, is its hierarchical system. The game utilises a truly addictive concept that has the “easy to play, difficult to master” quality many gamers crave.

There are three types of tile; blue, red, and yellow. The blue tiles are the heroes – warriors that are fighting on your side, the red tiles are the enemies that the heroes are up against, and the yellow ones are treasure (or points to you and I). You can take control of either a blue or yellow tile, and move it in any direction by one space. If you can’t make a move, it’s game over. The goal is to capture as much treasure as you can with your blue heroes, whilst taking out enemies and building up the levels on your tiles. 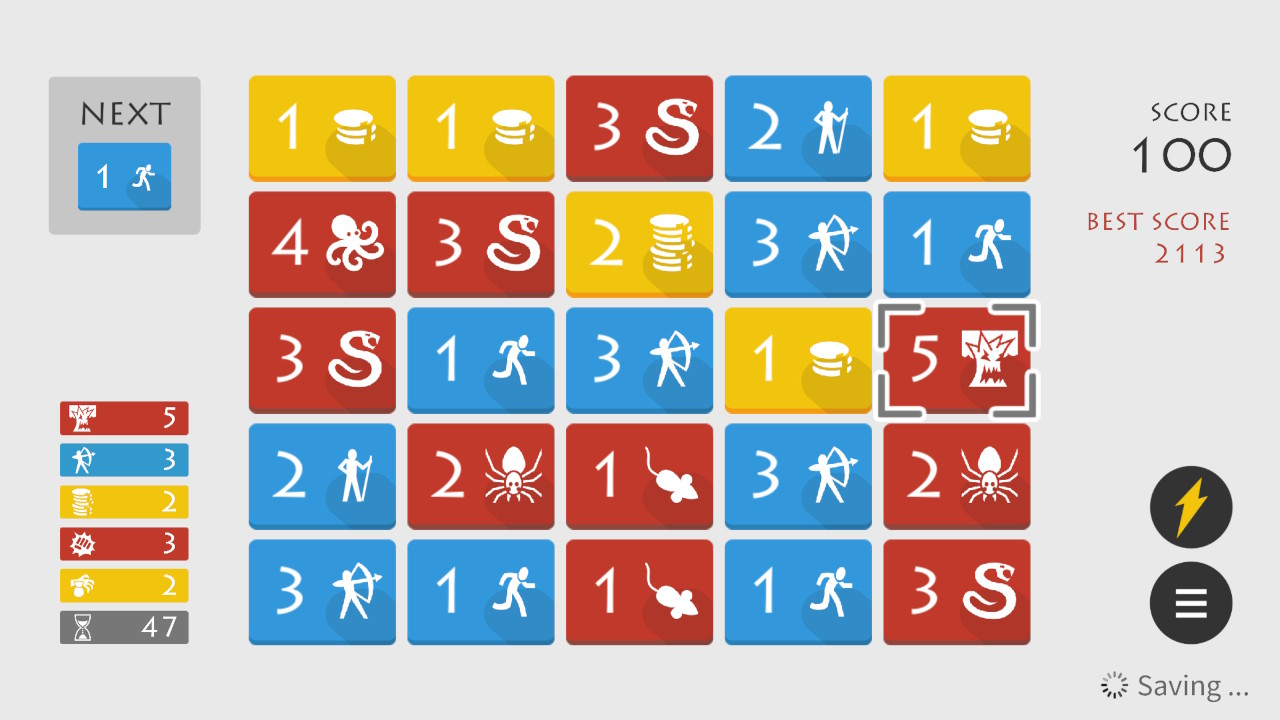 You see, this is where it gets interesting. Each tile has a level – starting from one and rising upwards – which indicates the strength of the blue heroes, the difficulty of the red enemies, and the value of the yellow treasure. Your blue tile must be the same level or higher to take out an enemy or collect treasure from the other tiles, and to get higher level tiles you must move identical tiles on top of one another. A level two blue tile being placed on another level two blue tile would create a level three blue tile, for example. The same logic applies to the yellow tiles too, meaning that you will have to keep track of building both your heroes and treasure at the same time. Whilst you’d be forgiven for feeling slightly lost by reading these rules written on paper, it is very easy to pick up and get playing – at a basic level. The real challenge comes from wanting to achieve the best scores possible, as deciding on the best course of action can be very tricky. Do you build up the levels of your treasure tiles to acquire more points – but risk having your heroes be too weak to move around the board, or build up a strong army – but not get as much of a financial reward? It’s a toughie!

The game’s visuals are extremely simplistic, but this is a good thing. With no distractions from unnecessary mascot characters or stages that move in the background, the focus is put directly on the tiles themselves and you are able to give them your full attention. The colours of the tiles are thankfully vibrant, and as such are easily distinguishable from one another. Likewise, the music is also a simple little melody played on repeat – slowly building with more layers and intensity as the levels ramp up. At times, particularly when I would spend a long time deciding on a move, I would find the music distracting – although with the sound not being essential to the gameplay you could always turn this down if you prefer.

Levels+ can be played in all modes supported by the Nintendo Switch; Handheld, Tabletop ,and TV. Even more luckily than that however, is that all of these modes work a treat. Going back to my initial question of the difference between the mobile version of the game to the Switch port, this is easily the biggest deciding factor. Handheld mode offers touchscreen control, meaning that just like on a mobile screen you are able to swipe the tiles with your finger. Naturally, the Switch’s gorgeous display and screen-size are far superior to standard mobile devices for gaming – meaning that this is perhaps the ultimate way to play the game. Having the option to transfer the game over to the TV however, is just as good. Chasing high-scores can result in a session lasting well over an hour, which suddenly makes the idea of flopping on a sofa with your pro controller incredibly appealing.

The strange thing is, there is nothing else to it. With a leap from mobile to a dedicated gaming system it would be natural to expect added features, but this is just not the case. There are a couple of things that flesh it out slightly – like how at the end of each attempt you are rewarded with a rank, and the presence of achievement-style missions to accomplish in the game’s menu – but there are no other modes, no online functionality, nothing. In fact, there isn’t even a title screen. Upon loading the game you are thrown straight into the puzzle board (there is a tutorial when you load it up for the first time), with the only option present in the menu being to reset the tiles and score. This does result in a truly awesome feature however, which is that at any point you are able to return to the home screen (even close the software and put the system to sleep if you wish) and when you start up the software again you will be thrown right back into your previous game; tiles and score intact.

Levels+ does exactly what it says on its digital tin; being quite literally an “addictive puzzle game”. The ease and satisfying nature of the gameplay make you want to keep going and the ability to take the Nintendo Switch with you wherever you go for short bursts of play justifies a purchase of this title slightly more than it would otherwise. Despite not having a wealth of features and not having improved that much from its mobile form, the Switch version is still the superior option and players who love puzzle games with a need for thinking strategically will consider this a sound investment.