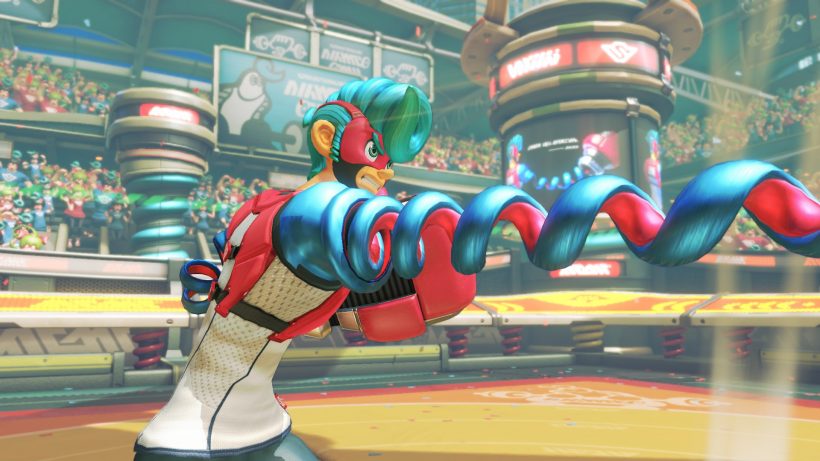 ARMS has recently been updated to Version 2.1, receiving a pretty knock-out set of changes to its menus, fighters, and more.

In total, four fighters and nineteen arms have seen changes to things such as their speed, attack damage and performance (all of which can be seen in the table below). The training options within the game have seen a complete overhaul too – with five new exercises being added and difficulty levels being shown. The training section has also been moved to the main menu (perhaps allowing new players to find help much more easily before jumping straight into the action).

When three or four players start a match there will now be instructions indicating how to switch between opponents, with a cursor also being added to show who you are aiming at for a limited time. This should be hugely helpful, as this was arguably one of the most confusing aspects of the game. Some fighters have also seen adjustments to their hit boxes (meaning the area surrounding them which – when touched – would count as a hit), fixing issues where punches that appeared to make contact were not doing any damage. Finally, an edit has been made to the rush gauge, with a decrease in the amount gained when punches miss – accuracy is now even more important!

Check out the changes to the individual fighters in the table below.

With a new character also being teased for a future update by the official ARMS Twitter account, the game sure is receiving a whole lot of changes and additions as originally promised. The future looks bright! (Neon yellow bright!)