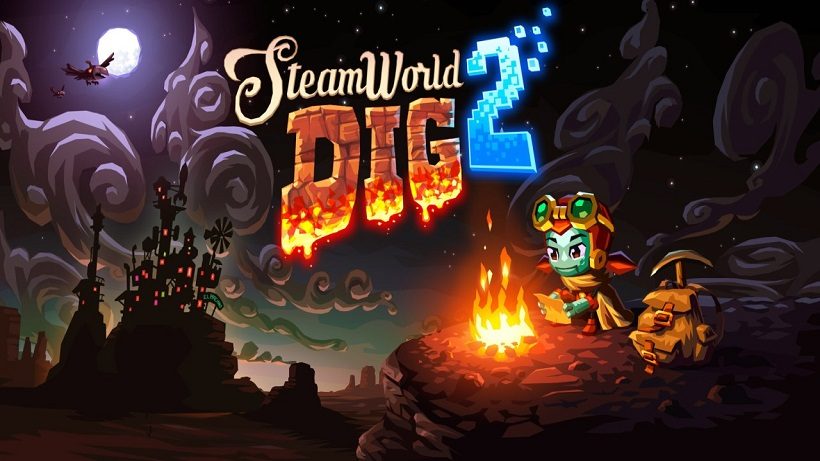 Releasing on September 21st, the game will be available on the eShop at a price of $19.99/€19.99/£14.99. Image & Form justified the price on their website by letting us all know what we can expect from the spelunking sequel;

That’s twice the price of the original SteamWorld Dig. But since it’s at least ten times as good it’s more than a nice deal. You can expect around 10 hours of gameplay and multiple boss battles in a big, sprawling world which you’re free to explore and dig through at your own pace. The game is even longer for those of you itching to find all secrets and unlockables (and there are plenty).

Accompanying this information was a brand new trailer for the game, alongside ten new screenshots (which you can view in the gallery below).

Will you be picking up your pickaxes when SteamWorld Dig 2 releases on the Nintendo Switch in a few weeks time? Let us know in the comments below!