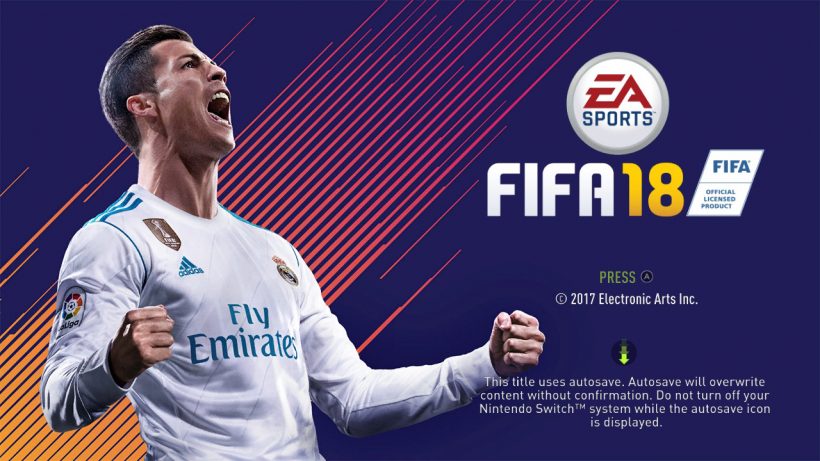 EA Sports. It might not be in the game.

How are you supposed to review the best FIFA title to ever grace a Nintendo system, when it’s not quite as good as those available elsewhere? Do you score it on its own merits, disregarding a more fuller experience available on other systems? Or do you mark it more harshly, holding a system that simply isn’t as powerful – or popular – more accountable than perhaps is fair?

It’s been incredibly challenging for me because FIFA 18 on the Nintendo Switch is tremendous fun. Not only the greatest football game Nintendo fans may have seen, it’s also the best handheld version – no question.

Described as a “custom” version of FIFA, the best way to look at the Switch version of FIFA 18 is that it’s almost the same as FIFA 16 elsewhere, with a few minor tweaks and the current squads/kits and all that good stuff. That means you get Skill Games, Women’s Football and for the first time on a handlheld, FIFA Ultimate Team, which will need explaining later. It also gets a few new things, like the current kick-off rules and corners are exactly like they are in the current generation versions – so it’s baffling that the penalty and free kicks are as they were two years ago. There is the goal-line decision system replays but the referees do not mark the field with the spray. It also has a career mode, but it’s the bog-standard one from a couple of years ago. 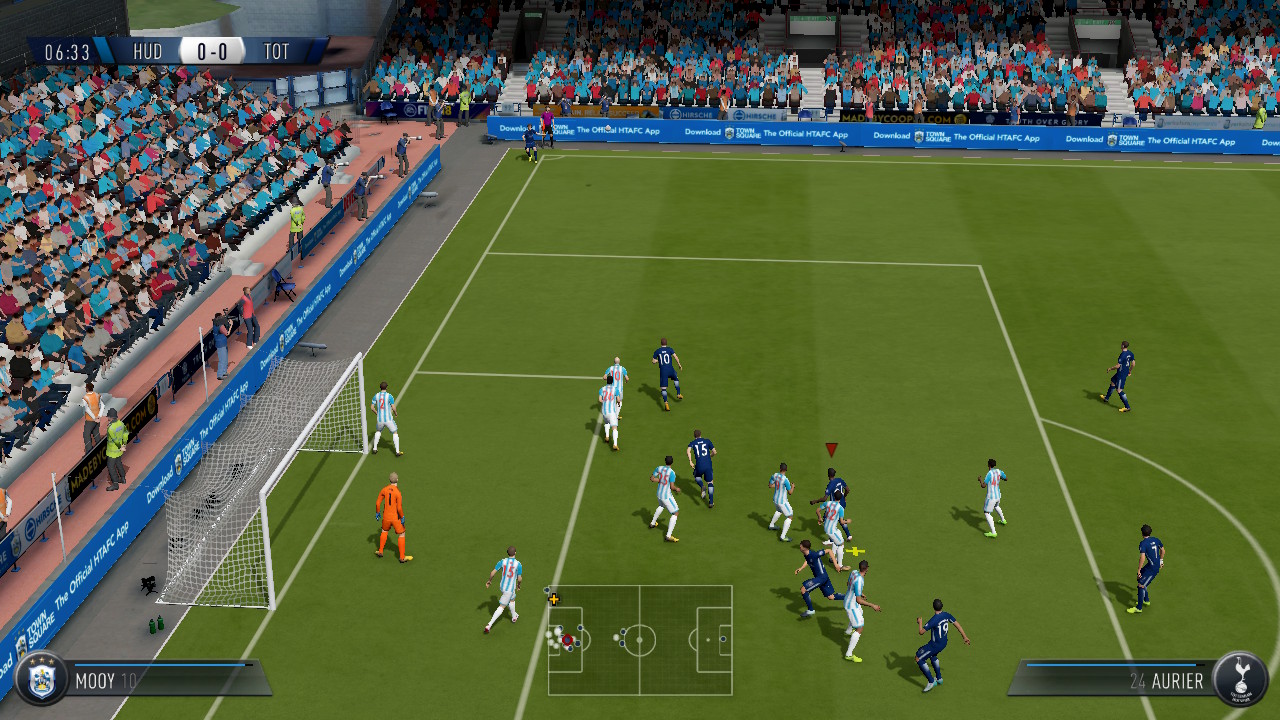 This does indicate that there are things that are missing; most notably The Journey. Because of the aforementioned “custom” engine that the Switch build is said to run on, it means it isn’t on DICE’s Frostbite engine. EA has explained that the Frostbite engine is required to power the story mode that they introduced in 2017’s version, following the exploits of rookie Alex Hunter and his rise to stardom. Obviously, during development EA wouldn’t have known that the Switch would experience the explosive success achieved thus far, so the sensible portion of my brain can understand the reluctance to invest so heavily in a Switch port of Frostbite – if it is indeed possible at all. That lack of Frostbite does also then affect the presentation and the way the game plays on the field. Modern console versions have become more refined of late, but running on a more traditional build means that some of the shooting and crossing mechanics may not feel the same. It took me a few matches to readjust this way, but FIFA new-comers may not notice.

The game has a high standard of presentation and, although not as polished as the console equivalent, does maintain an authentic aesthetic. The game runs at 60FPS in both docked AND handheld mode and also outputs in 1080p/720p accordingly. The team at EA Vancouver and EA Bucharest have done a sterling job with this. The vast majority of players look like their real-life counterparts and the kits, stadia and even the crowd look good. Talking of the crowd, there’s a wide range of chants in the game and the whole atmosphere is spot on. The commentary is also to a good standard with Martin Tyler and Alan Smith mumbling along to the events as they play out on screen. I’d like a wider range of commentators to choose from – with Gary Neville being a personal favourite in the co-commentator role – but that’s my Spurs bias kicking in. As you’d expect, FIFA 18 also packs in a huge range of songs that you’ve probably never heard of, but they all seem to suit the game well. 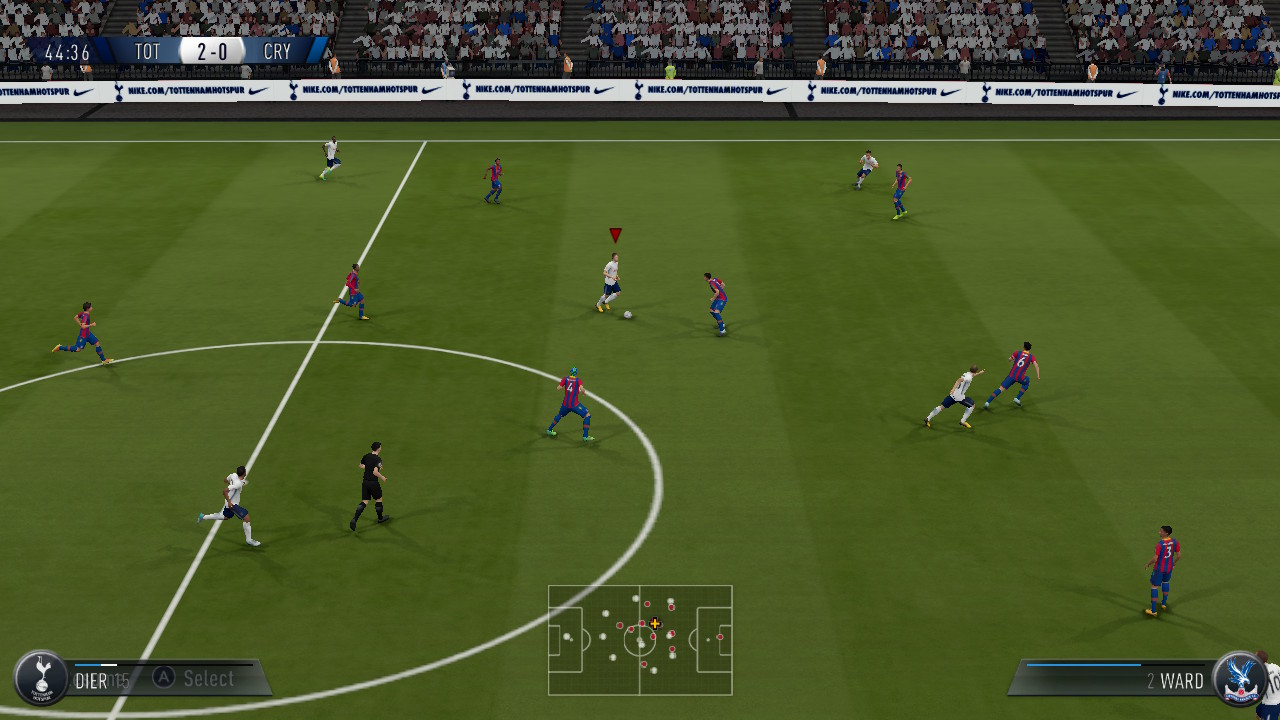 What doesn’t suit the game is the few silly bugs I encountered. From the camera jumping during set pieces, button prompts remaining on screen, random collisions (due to the dated animation engine), the yielding of random yellow cards to the bizarre blue/yellow imprint on some of the Huddersfield Town players during a match against Tottenham Hotspur, this game could certainly do with patching.

What also needs patching in is the ability to play online with your friends. Yes, you read that correctly; although there are online modes available you cannot actually invite your online chums into a friendly match. Sure, offline kick-offs are available and the game boasts a nifty (albeit limited) split Joy-Con control method to kick about with your mates but no online? It’s a massive oversight. I was looking forward to scoring more world-class finishes against Charlie like I did at EGX (fluke, it was a cross… – Charlie), alas EA (and more likely, Nintendo) have seen fit to restrict one of the core elements of the game.

So, if there’s no online you are probably wondering what modes can you actually play in, right? You can get straight into a kick-off match, play in a custom tournament, play in a women’s international tournament or play in the aforementioned career mode, either as a specific player or as a manager. Then, for the first time on Nintendo, there is Ultimate Team.

Perhaps one of the biggest things in FIFA these days is Ultimate Team. Think of it as a card collecting game, where the cards you obtain are the players and your plan is to create the best team you can. Entering into tournaments and winning games will earn you coins which are then used to purchase packets of varying costs; obviously the more expensive the pack the better the chance of rarer and better players and buffs. These packs are also available for real money too, so that’s something that you may have to be wary of if you are buying the game for a younger player. There’s an auction-style system where you can bid and buy specific players if you’ve got the readies and lack the patience for chance. What you will need is an internet connection, though, as the whole mode will not operate without one. I can understand why to an extent, but it severely restricts your ability to manage your team on the fly – and there are offline tournaments. It could have just updated your coins, team, matches and so on when next connected online… 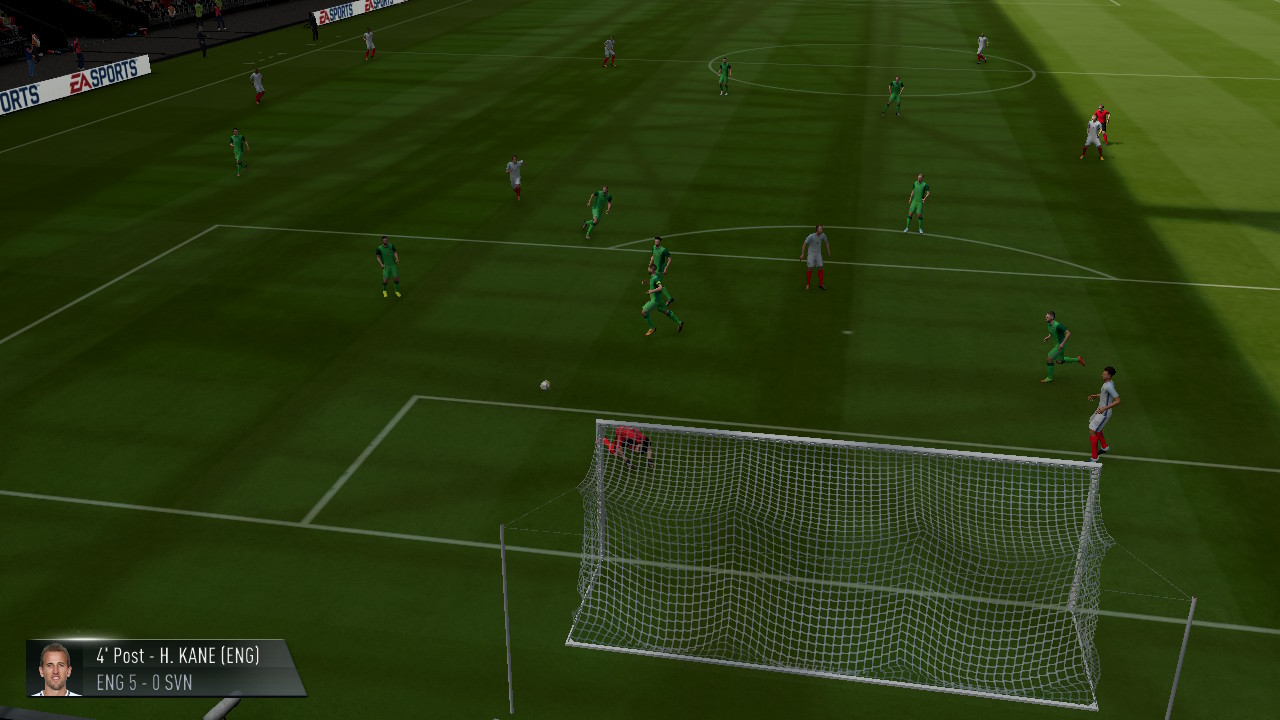 Should you buy it? FIFA 18 is the best version of handheld or Nintendo FIFA ever seen, but it’s not the best version of FIFA anywhere. If you only own a Switch then unquestionably this is the version for you. If you own another system, or want to play online with friends, or need to have the Journey then perhaps go for another version. It doesn’t have “The Journey” but it can go on “A Journey”. Is that enough for you?

It’s hard not to be impressed with FIFA 18 on the Switch, but it’s also hard to overlook the omissions and silly little things that hold it back. It’s the best FIFA on Nintendo yet and you will have fun. If you are OK with it being cut-back then it’s essential, as long as you didn’t want to play online with friends.