Okay, admit it – this game hasn’t been on your radar at all, has it? Well, it probably should be.

From developer 10tons, Sparkle 2 is a match-three marble puzzle game that will undoubtedly become lost in the midst of higher profile eShop releases in recent weeks. This is unfortunate though, as the game is actually one of the strongest digital titles available thus far, displaying simplistic touchscreen gameplay that is – pardon the cliché – perfect on Switch.

Upon beginning a new game, you’re greeted with the voice of the game’s narrator. Here, you learn of five mystical keys scattered throughout the land. Once united, the keys are told to unlock something of great value. Naturally, you’re tasked with finding the keys or face becoming a lost soul, trapped in the land forever. The storyline is about a basic as you can get, and whilst I appreciate its inclusion, the game would have been perfectly fine without it. As you progress through the in-game map, you’re treated to brief cutscenes as you collect the five keys, though these are limited to static images paired with the game’s narrator. It didn’t interest me in the slightest, but don’t let this put you off – the strength of Sparkle 2 lies entirely in its fantastic gameplay. 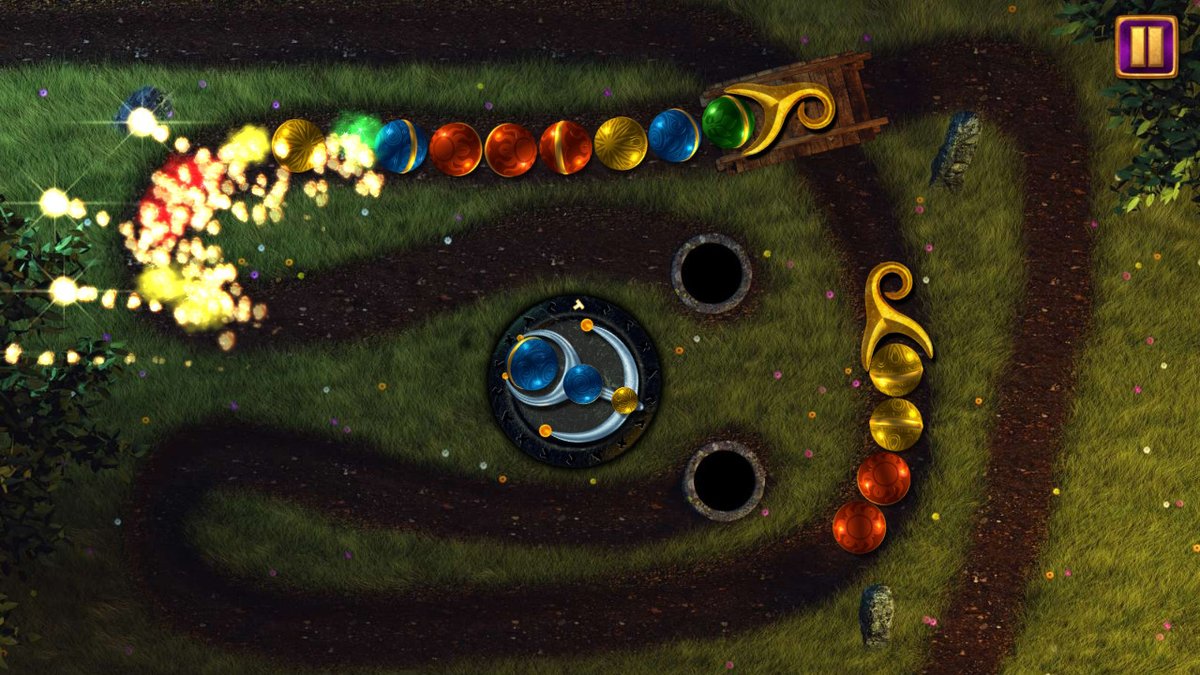 The basic premise of the game is simple enough to understand, even if it does get fiendishly difficult as you progress. Within each level, you’re faced with a multitude of coloured marbles (they’re called ‘orbs’ in the game, but they even sound like marbles when they hit each other) progressing across a wavy line. You must destroy the line of marbles by matching three or more of the same colour before it reaches its end goal and consumes the screen in a sort of black hole. This is done by firing coloured marbles from a launcher either with your finger on the touchscreen, or by using the analogue stick and the A button. The analogue stick works fine and I’m glad its there as an option for people who may want to play on the big screen, though I must say the touchscreen controls are immediately more intuitive and accurate, particularly when the game speeds up during the later stages. 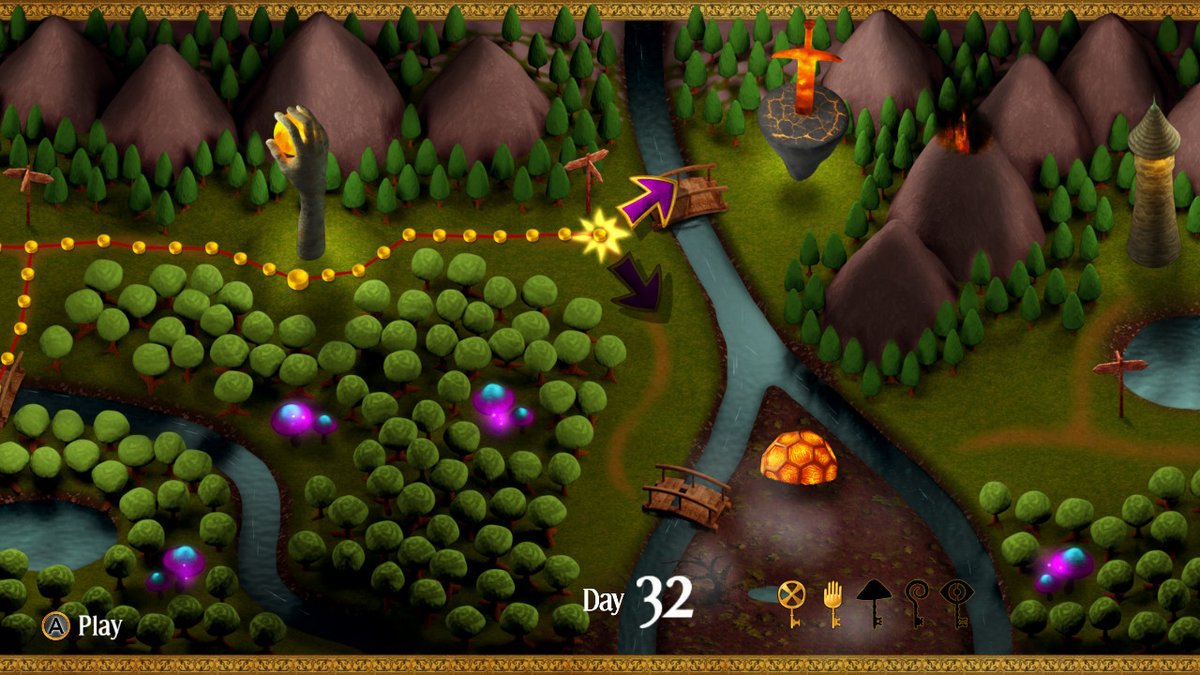 To mix up the gameplay a bit, you’re rewarded with certain power-ups known as ‘rune rewards’ during each level. Fire a marble at the icons to pick them up and you can immediately take advantage of the effects. One may cause the line of marbles to move backwards, whilst another will eliminate all marbles of a single colour in one go. Most power-ups offer some form of destruction to rain down on the marbles, which can prove to be extremely useful in a tight spot. The game is also quite devious at times in that it will dangle certain power-ups just out of reach behind a row of marbles, forcing you to become more aggressive in your approach if you want to take advantage.

You can also gain ‘enchantments’ as you progress, which are permanent power-ups affecting the overall difficulty of the game. Most of the time, I equipped one called ‘Speed Unleashed’, which makes your fired marbles reach their targets faster, allowing for more speedy gameplay. There are others I found briefly useful such as ‘Sudden Fire’ which equips a firebolt for every tenth marble fired, but for the most part I didn’t feel like I needed it. 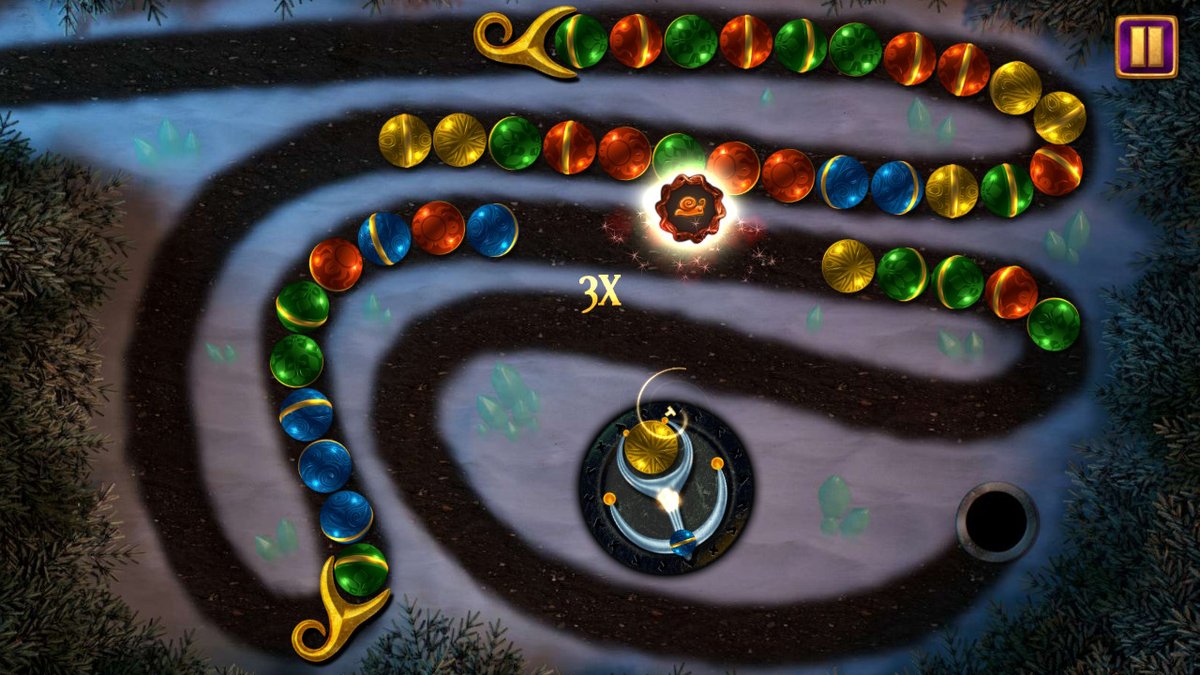 Whilst the visuals are mostly unremarkable, the same cannot be said for the game’s soundtrack. Whilst I would have liked a bit more variety in general, the music available was quite simply brilliant. It suited the overall feel of the game wonderfully and made it feel quite tense at times – one track even reminded me a bit of Dual of the Fates from The Phantom Menace. The production quality as a whole is reasonably impressive for a title that only costs $7.99/£6.99, and I applaud 10tons efforts to add a bit of weight to what could have been an incredibly basic title. The gameplay is what truly shines though, and I can see myself coming back to this again and again in the coming months.

Sparkle 2 is an easy game to overlook during what I like to call the ‘eShop Renaissance’, but for such a reasonable price you’re getting hours of genuinely fun and addictive puzzle gameplay, complimented with a stellar – albeit repetitive – soundtrack. I was truly caught off guard by its quality, and I have a feeling you will be too.