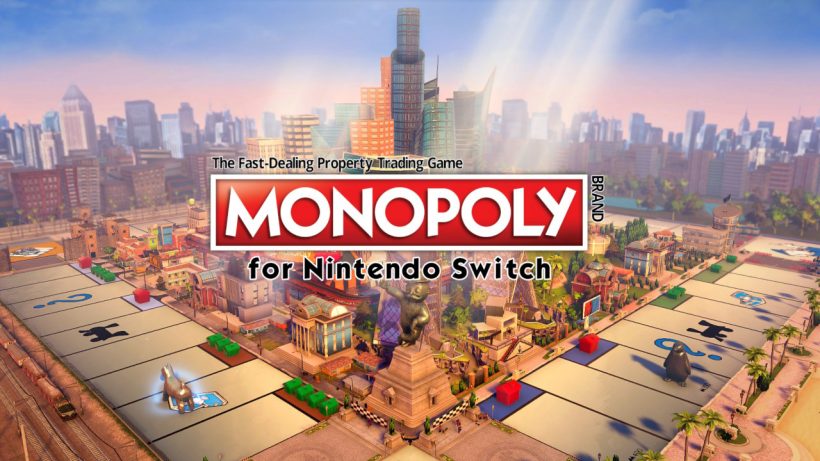 Should you take a chance on Monopoly? Or should Monopoly for Nintendo Switch not pass go and not collect £200?

Arguably the most popular board game in existence with various licensed versions currently reeling in the big bucks for Hasbro and Parker Bros., Monopoly transitioned to video games and has seen releases on almost every console released over the last 30 or so years. Monopoly for Nintendo Switch sees the board game make its debut on Nintendo’s latest system – but will you be wanting to invest add this one to your portfolio?

The first thing that many will notice upon starting up Monopoly is just how long it takes to load. This is an issue that can be easily remedied by restarting your Nintendo Switch but, if like myself, you start the game having turned on your Switch from sleep mode, you may find yourself waiting as long as twenty minutes to get to the game’s title screen! Thankfully, Ubisoft are now aware of this and a patch is incoming to rectify the issue (with a new notification added to the top of the game’s start screen advising of this) but the fact that this slipped through QA was a rather worrying start to my time with the game! 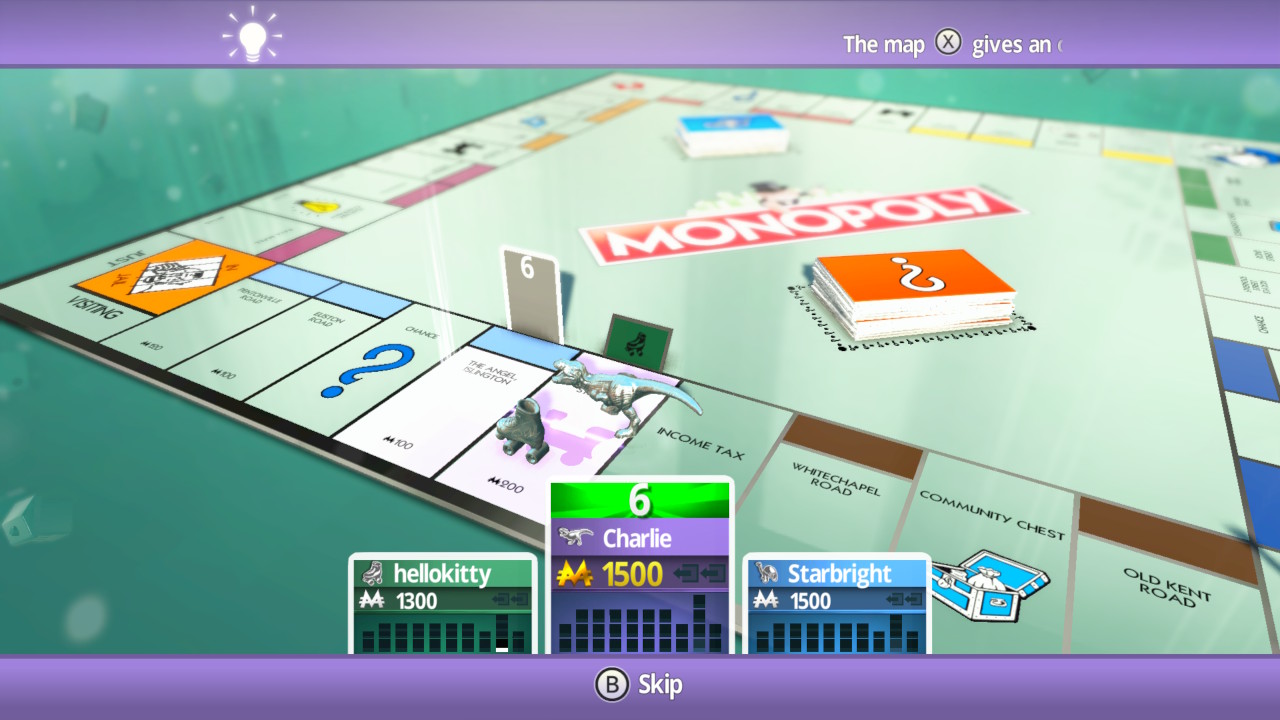 Once you are past that initial hiccup, the rest of the game plays like you would expect a game of Monopoly to play out. You can choose whether you want to play on “Classic Boards” which will be instantly familiar to almost everyone (there is also a Rabbids variant of this board if you want a change in aesthetics) or you can try out “Living Boards” which are bustling, themed, 3D versions of the classic board with animations that play out during the game based on the theme selected – with City, Amusement Park and Haunted Board themes available. These three living boards all function the same and are just reskinned versions of the same board. I would have liked to have seen more themed boards in the game, considering that you can get a Monopoly board based on just about anything nowadays – maybe we’ll see some added via DLC down the line?

As for the game modes available, you can play using classic Monopoly rules or you can use pre-set goals/house rules to mix things up a little. The goals will task you with meeting certain criteria to win – such as the first player to build a hotel or simultaneously owning a certain number of properties. There is also a Speed Dice mode that is handy for having a quick game – as we all know a game of Monopoly isn’t the quickest of games to finish!

This leads to my main issue with the game, the fact that Monopoly isn’t a game that is known for its speediness. Up to six players (both locally and online) can play Monopoly for Nintendo Switch – with the ability to fill those slots with both human and AI players. In single player, against AI – you can quit out of a game and then return to it at a later point and carry on. However, playing solo against AI is rather boring, and Monopoly is a game best played socially. Online games can take forever to find and then forever to complete – which isn’t ideal, doesn’t have the social element and can get infuriating when someone quits out early. With friends, you can share the same Joy-Con and play that way, but honestly, I’d rather play the board game – it’s much more fun, more sociable and also a lot cheaper!

By no means a bad game, Monopoly for Nintendo Switch just seems to miss the point a little. As far as replicating the board game goes, this title does a great job. However, the things that make Monopoly great – the arguments, the social aspect etc are somewhat lacking here. For the price of this title, you’d be better off spending your money on the actual board game and playing with friends and family – it’d be cheaper and a heck of a lot more fun!