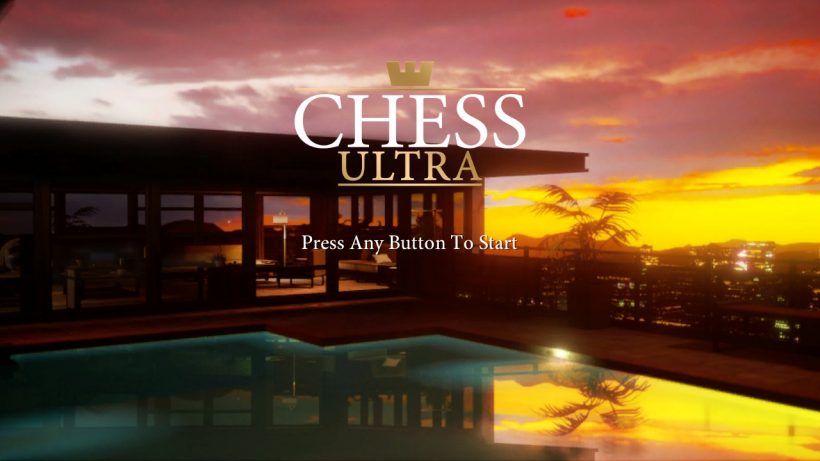 There’s something enjoyable about a good game of chess. One of the oldest strategy games in history, yet the thought and planning that goes into strategically out-foxing your opponent is incredibly satisfying when the execution pays off. This Nintendo Switch release of Chess Ultra has been developed by Ripstone, and those of you that suspect it looks familiar will note that the same studio published VooFoo Studio’s Pure Chess a few years back and developed this iteration in-house.

Like Pure Chess, Chess Ultra possesses a level of polish and presentation that puts it above some other board game releases, with the pieces beautifully rendered and the cozy and interesting environments you play in really enhance the atmosphere, even though they make no difference to the actual game itself. It just gives it more of a premium feel and justifies the £9.99 asking price, if you ask me. Which as you are reading my review, I assume you are. As for the game itself, the rules of chess haven’t changed in the hundreds of years it has been around, and there aren’t enough words allowed for this review to explain them all, let alone effectively. Chess is a turn-based strategy game where you alternate moves and move your pieces around accordingly. Pawns are like soldiers and move forward one square at a time. That said, you can capture other pieces diagonally if they’re adjacent to your next forward move. As for the higher profile pieces their movement range depends on opposing pieces. Bishops move diagonally, Rooks in straight lines vertically and horizontally and the queen can move any of the basic eight directions, but only if they aren’t blocked in by their own pieces. If an opponent’s piece is in the line of movement then you will capture that piece, removing it from play. Knights are slightly different, as they have a “L” shaped move requirement but can move anywhere within these spaces. The last piece is the King, who has a pitiful range of movement, but is the most important piece – the game ends when the king cannot move without being taken, which is called “Checkmate”. The game plays incredibly well – you’d think it would be hard to mess chess up, but there is more than the standard game in here. You can play online with others, take on the AI or even play with a local opponent, using split Joy-Con and the game displays as a chess board, laid flat. There are multiple challenges to undertake and the tutorials here more than effectively explain the game for newcomers, and those that have dabbled previously could still learn a thing or two. I did! Also present are tournaments and even some historic matches. Have you ever wanted to rewrite chess history? I haven’t, but it’s a nice addition nonetheless and hardcore fans might actually know what happened in these matches!

If you find yourself with a few quid in the eShop account and fancy a bit of chess, you cannot go wrong with this.

It would be hard to make a bad chess game, but it’s not easy to make a beautiful one and that’s what Ripstone have achieved with Ultra Chess. It’s priced reasonably, plays and looks fantastic and if you are a strategy or chess-afficiando then it’s a no-brainer. Unlike some of the matches you might play…