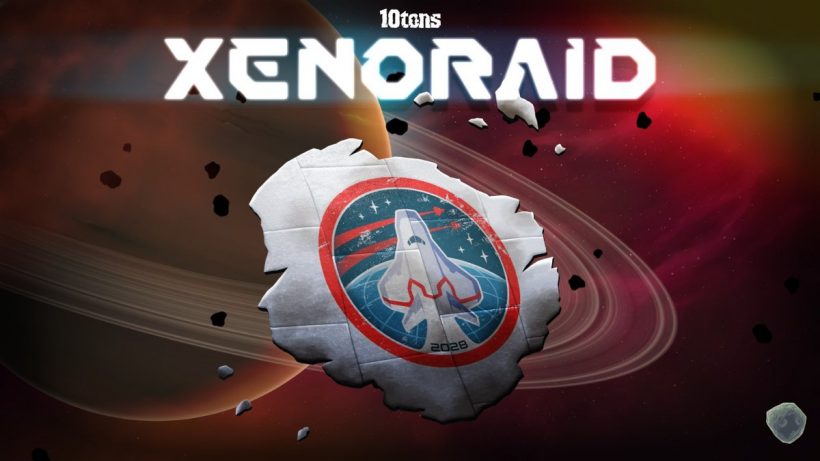 The space shooter is a genre that has been around as long as video games themselves. The simplicity of the genre is something that has lasted the test of time. Xenoraid is the Switch’s latest take on the genre.

With the ZR trigger used to shoot automatics (though you can overheat) and the ZL trigger on limited ammo explosives, attacking in Xenoraid is simple enough. Hit any of the X, Y, A and B buttons to switch between your four ships (they’re all mapped on the HUD to the bottom-right of the screen). It’s all about managing each of your ships to ensure they don’t all run out of health. Ideally, you don’t want any to run out whatsoever, because when a ship loses all of its health, you aren’t getting it back.

A warning appears on-screen when your health is low, which is helpful, but if you switch out the ship for one of the fresher ones in your fleet and retain each of them throughout the level, you’ll have the chance to spend some in-game currency on nursing all of your fleet back to full health in the upgrade section before the next level. Otherwise, you’ll have to play to add new ships to fill in the gaps vacated by the lost ones.

You’ll be doing most of your shooting with ZR – though you can only shoot directly upwards or diagonally up-left or up-right. This adds a complexity to the shooting – you’ll always need to manoeuvre yourself to be underneath your enemies, but the enemies don’t simply sail from top to bottom, a la Space Invaders. They can head in a number of directions, and some can even return to the screen from below if you don’t blast them before they go out of sight.

There are also tougher boss-type enemies which require you to destroy their guns before taking out their main bodies. Their guns are particularly potent, and will lock onto you and circle around you, and need to be dodged multiple times before you eventually lose them. You can employ some tactics and use passing asteroids for cover, but beware – some of them are explosive, which can be a bad thing for both you and the enemies.

Visually, it’s all very simple – a nice glossy background of some planet or constellation is something pretty to look at before you start unleashing warfare on every enemy ship that comes into play. You won’t be trying to look too hard at how detailed your ship is – you’ll be too busy swishing it from side to side to avoid all of the enemy attacks as they cover the screen. The sound is your usual space warfare fodder – repetitive, and not particularly noteworthy.

The sad thing is, it all feels like it’s been done before. It’s easy to think of countless other games which offer the same challenge, very similar gameplay and the same sort of look, and as a result Xenoraid struggles to break free of such a dense pool. It feels like it’s lacking a personality because of it. Playing the co-op mode does save things a bit by adding to the unpredictability; it’s pretty hard to know what your friends are doing when everything’s procedurally generated. Entering online leaderboards also adds a competitive element. But other than that, it feels like you’ve been here before.

Everyone’s played enough of this type of game by now in order to know what to expect. You’re going to be ducking and diving in amongst enemy fire as you tear down waves of enemies coming from the top of the screen. There’s just not quite enough here to make Xenoraid memorable.