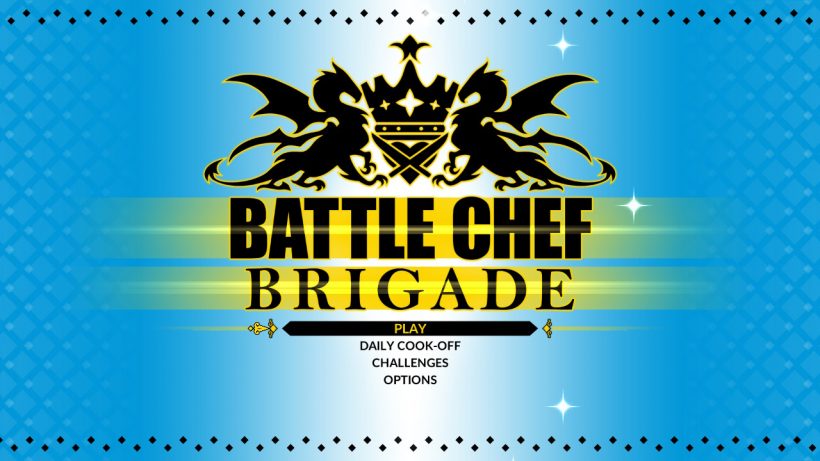 For quite some time, games about cooking often took form as smaller flash-based browser or mobile experiences. They were hardly much more than mini-games about serving as many dishes as possible during a set amount of time.

Thanks to some indie devs’ inventiveness, though, we have games like Overcooked, which added the co-op element to the mix. This innovation trend keeps up, as Battle Chef Brigade comes to the Switch as a single-player, story-driven counterpart for the theme.

As a game, Battle Chef Brigade is like the most intricate cuisine, with a mix of side-scrolling action game, match-3 puzzle, and visual novel, it grabs ingredients from different genres (that seem to be incompatible at first), and prepares them in such a way that its unique flavors accentuates each other best qualities. On this concern, there aren’t many games that blends together theme and gameplay like Battle Chef Brigade does. Set in Victusia, a RPG-like realm in which monsters aren’t only scattered through the country, but are also hunted by chefs to become the main ingredient for every meal, you start the campaign as Mina Han, a young chef from a small village that aims to become one of the elite members of the titular Battle Chef Brigade. In order to do that, she travels to the capital and enters in a tournament against chefs from all around the country. Based on a daily routine, you then partake in diverse activities and interact with the many different characters before going into the culinary battles at the end of each day.

The inn in which Mina stays during her time at the capital becomes a kind of hub area. There, you can talk with the different people that appear each day, buy new upgrades for your inventory, do part-time jobs for some senior brigadiers – all before challenging one of the tournament contestants. By doing these optional activities, you not only get more money for upgrades, but also partake in set-pieces to experience each one of the different gameplay styles available in Battle Chef Brigade. Hunt quests allow you to try the side-scrolling action combat, which consist of platforming sections abundant with monsters, that can be killed with mixes of combos and magic skills. Even though it isn’t the main focus of the game, it is a quite robust combat system. You can jump by pressing the B button, and evade with the A. Melee damage can be inflicted with the Y button, and pressing it in conjunction with the directional buttons may trigger different combos, as you can, among other things, throw enemies into the air to keep them staggered. The same applies to your magic powers, which can be used with combinations of the X button, but are limited by your mana bar.

The other two types of activities consist of different takes on the puzzle side of Battle Chef Brigade. Fundamentally, cooking is all about a match-3 style puzzle. Each monster part is formed by up to four gems, which may be of the earth (green), fire (red) or water (blue) elements – or other undesired ingredients like bone pieces or poison. Each cooking recipient is formed by a 4×4 grid, and you often can place the monster parts as you desire. Then, you can rotate the gems using the shoulder buttons, and has to combine three of the same type and tier to fuse them into pieces that are more valuable. While simple at first, the game excels in adding up new elements to make its puzzling side a challenging and rewarding experience. 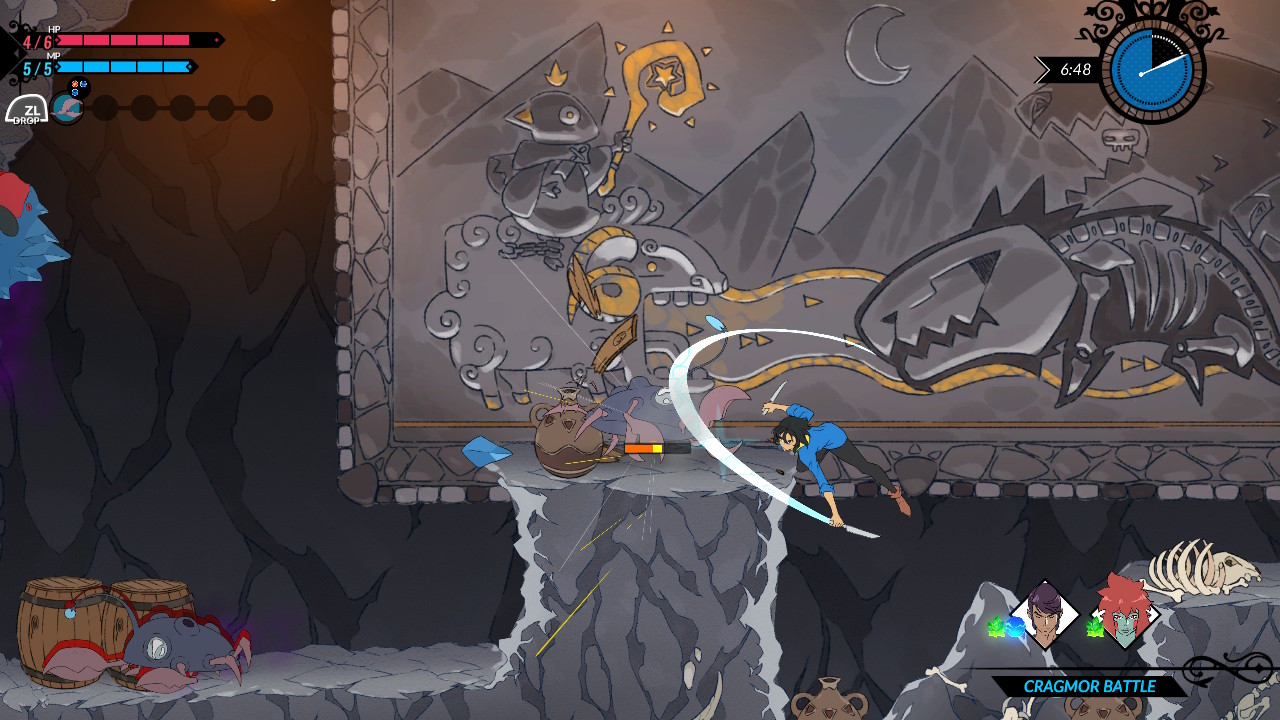 The in-between of these activities are filled with story portions, in which you follow up Mina’s interactions with the many inhabitants of Victusia. Here lies the visual novel aspect of Battle Chef Brigade; all the most important dialogue is voiced, and the devs made a really good job when it comes to both text writing and voice acting. Characters are expressive and charismatic in such a way that it is a joy to watch them interacting. While they speak, their sprites will change into different positioning to demonstrate their many reactions. At times, these dialogue moments may lack a bit when it comes to animation, but it is something that passes as a stylish decision.

Battle Chef Brigade is indeed a game that overflows with style. The entire game is portrayed with an outstanding hand-drawn art style. With a pastel color palette, its landscapes and scenarios looks like something taken direct from a painting. Character design has an anime-ish take, so the result is a game that seems like an animated colored manga. Due to its theme and art, it reminds a lot of the famous Shokugeki no Souma anime. 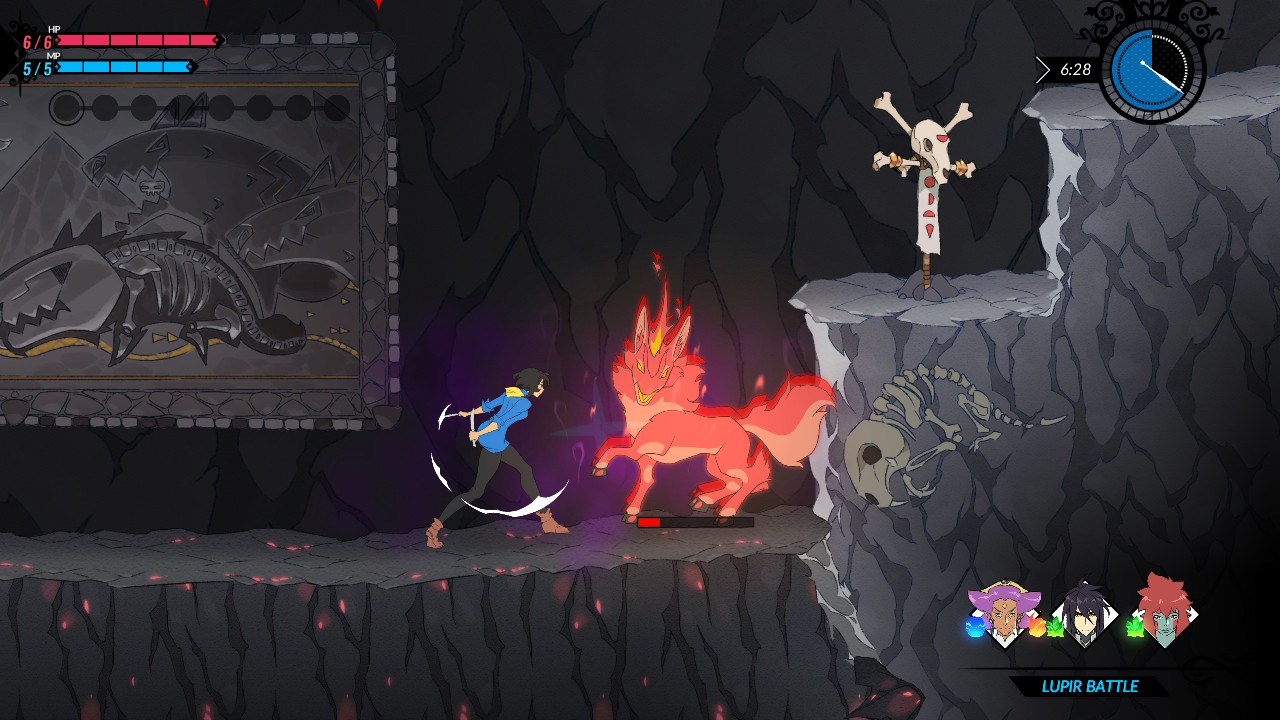 If you’ve ever watched this anime – or if you know Iron Chef – you’ll be prepared for the big culinary battles that are the main events of Battle Chef Brigade. Narrative, combat and puzzle all comes together to create a bigger environment in which you must perform well in each of the gameplay systems. During these moments, a specific monster will be set as the main ingredient, and judges will ask for one or more predominant element. It is up to you to hunt down these beasts, and mix them with different ingredients in order to create the best dish possible. Just like that, Battle Chef Brigade manages to mix simpler systems in order to create something much more compelling and unique. Similar to Mina’s own cuisine, it takes simpler elements and prepares them as a refined meal that pleases with its many different flavors and elaborated mixture.

Take a slice of side scrolling action game, add to that some match-3 elements, and mixes it all with a pinch of visual novel. The result is Battle Chef Brigade, a beautifully crafted game about cooking that delivers something unique due to its complementary gameplay and engaging narrative.