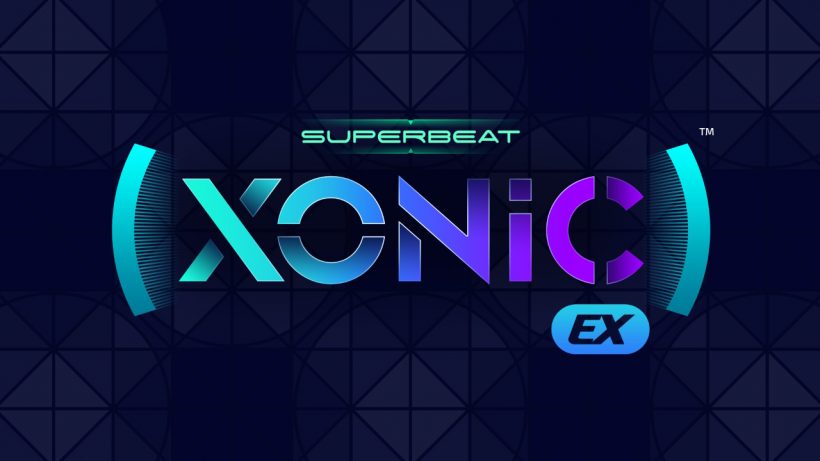 I had pretty high expectations for SUPERBEAT XONiC EX. Elsewhere it had attracted acclaim from reviewers and fans alike and the gameplay looked different enough to make my imagination ponder about how interesting it could be. Unfortunately, SUPERBEAT XONiC EX‘s Switch outing is a mediocre port that’s disappointingly low on content.

Upon booting up the game you’re greeted with a cutscene depicting a couple of anime characters which seemingly has no relevance to anything. After that, you can start a handful of songs on the first two difficulties. The World Tour mode sees you travel around clubs worldwide in an attempt to beat the local DJs, although a lack of story doesn’t actually explain this. Each stage of World Tour will challenge you to complete songs under a certain requirement, such as getting a Full Combo or not missing more than a certain amount of notes. Stage mode ranks your play of three consecutive songs of the same difficulty or gives you a Free Style mode where you choose the difficulty and tend to be evaluated on an individual basis (though for some reason your Combo meter always carries between songs and modes, which seems inconsistent and pointless). 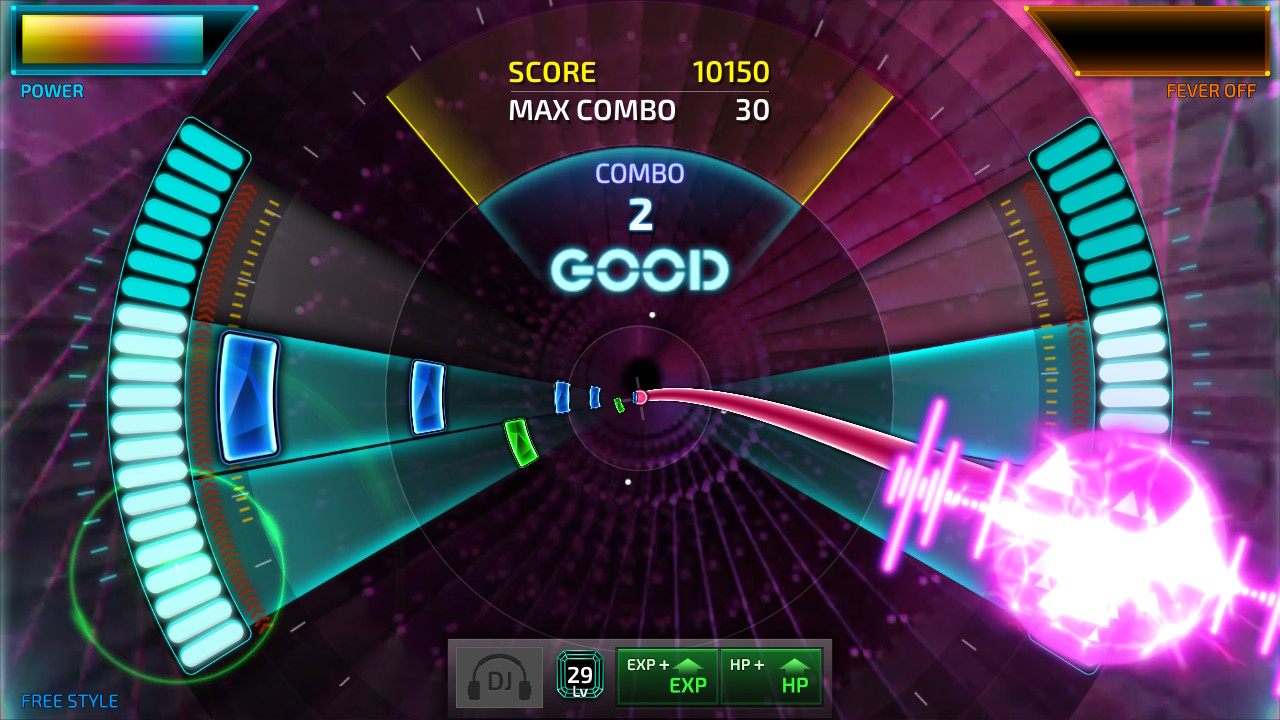 Rhythm basics are in place – you hit notes as they fall past a certain point. You’ve got notes to press, hold and swipe. What makes SUPERBEAT different is its dual arcing lanes, and its controls. The difficulty is categorised by the type of tracks (‘Trax’). There’s 4 Trax with lanes of 2 in either arc, 6 Trax where it’s upped to 3, or 6 Trax FX that uses a special type of note. You hit notes using the 3 face buttons of each Joy-Con to hit the notes, the analogue sticks for notes with arrows and the L and R buttons for the FX ones that fully cover each arc. Since the sticks and buttons are asymmetrical, this took too long for me to get used to. FX tracks seem to expect the player to have mastered FX notes despite them being exclusive to that mode, as about maybe 5 songs that ease you into it with the rest being insanely difficult.. Implementing all of this into muscle memory requires a painful amount of patience, even for this ambidextrous rhythm veteran. And to make it worse, no matter how I adapted my hands to hold the controllers for optimal play, I always ached after just a few songs – it’s all an unergonomic mess.

None of this would be an issue if the touchscreen controls worked; there’s an issue when holding notes. For whatever reason, the game stops registering your input on held notes when the opposite side has a differing pattern. I’m pretty good at rhythm games, so I did rigorous testing to confirm it was definitely the game at fault. 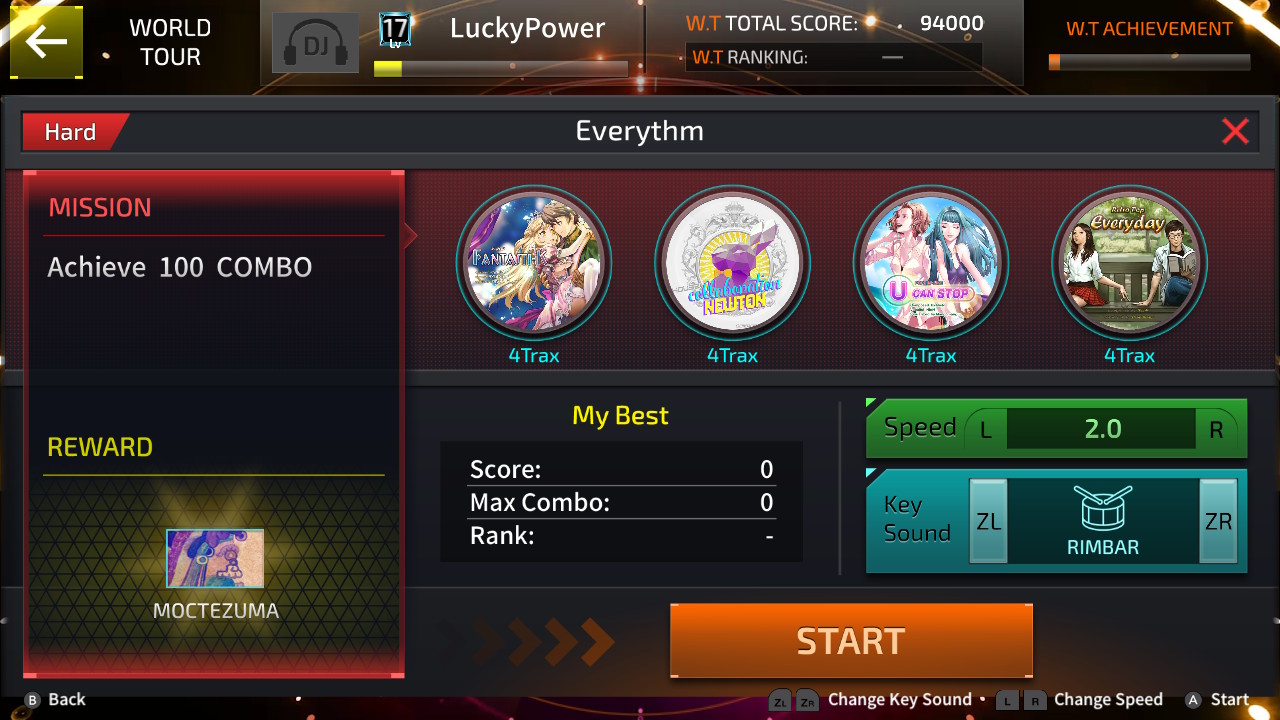 Topping it off, there is very little lasting appeal in the game. If you’re not into club, house and other DJ sub-genres of music then there probably won’t be anything to suit your taste. And even if you are into this music, there’s barely over 60 songs (made up to 70 with a free download) and it really feels like you’re being ripped off – especially when they’re charging more for DLC – when this is already a roughly £40 retail game. As a rhythm gamer, I am sad to see wasted potential like this, because I really wanted it to be great.

From the unergonomic and inconsistent controls to glitches and a lack of content, I feel massively let down by what SUPERBEAT offers. Unless you’re already a hardcore fan of this game that got rid of their Vita or want a portable version, I don’t see why a rhythm gamer would fork out for this game when something like Deemo already exists on the Switch, giving a quality experience with a lot more bang for your buck.