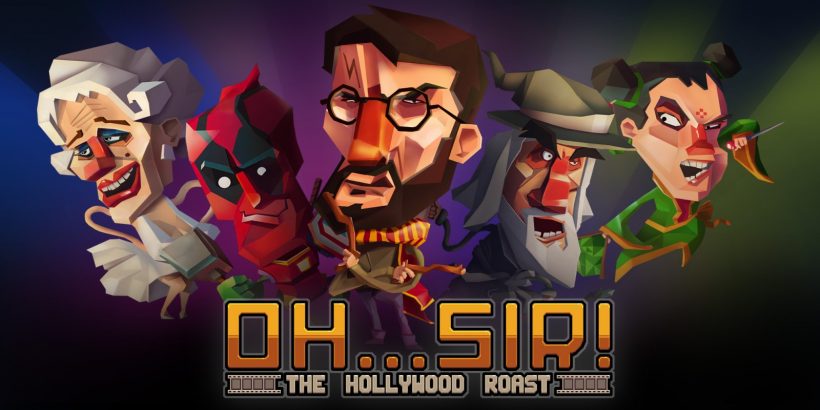 Hollywood is an awful place, isn’t it? So much for the land where dreams can come true. This perception of the home of cinema is pervasive in Oh…Sir! The Hollywood Roast which basks in misanthropy and invites you to join in.

Taking cues from the art of the American roast, whereby the guest of honour is openly mocked, The Hollywood Roast takes this a step further. The result is akin to a 2D fighter, except instead of punches and kicks, your opponent’s health bar is lowered via crafted insults. Characters take it in turns to select a word or phrase from a shared selection to create their finely crafted – often abhorrent – insult about their opponent; or rather “co-star”. Each round ends when both characters have finished crafting their insult, are unable to progress due to a lack of words/phrases available, or cannot grammatically continue with their current sentence. 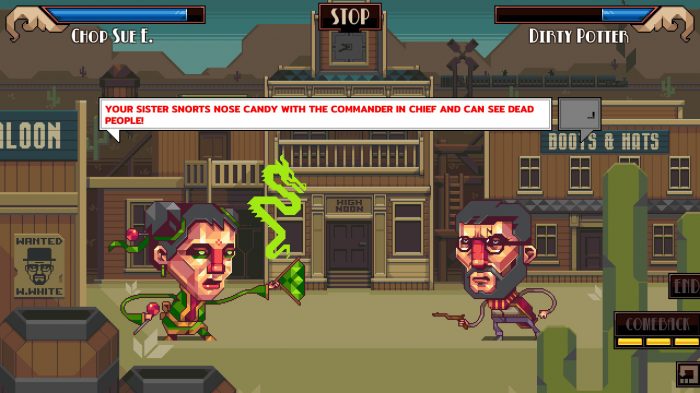 Attacking people with words might not sound like the most enjoyable activities in a video game, but the execution really does feel like a deliberately paced fighting game. You have fourteen seconds to select your next word/phrase which adds to the tension and makes you think quickly. In this regard, it’s almost more akin to rap battle videos you might have seen online. In addition, like fighting games, combos are still present, and different characters are weaker to certain types of insults. One character is particularly sensitive about their age and appearance (shocking for Hollywood, I know) and therefore any relating words/phrases increase the damage caused by your completed insult. As a battle progresses a “comeback” metre fills up, this can then be used to either strengthen your insult or to help save a particularly bad insult from landing too softly. 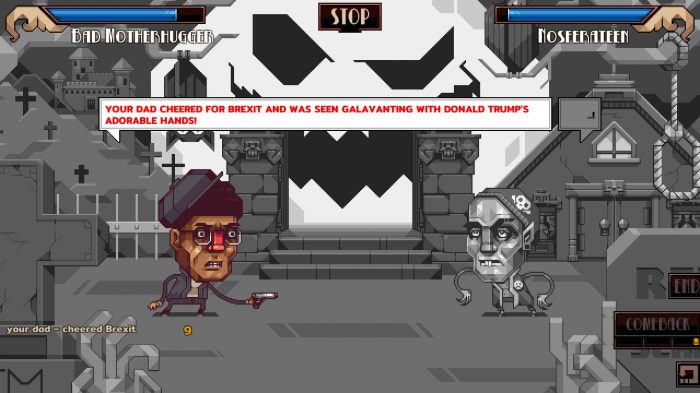 Thematically The Hollywood Roast navigates the fine line between parody and copyright infringement and the solution to this was embracing the art of the caricature. Whilst it’s obvious who (real or fictional) is being parodied, the vector art style proves an excellent way of exaggerating the features of these people; a digital version of the classic caricature, but less gaudy. All the characters are fully voice acted which is quite a feat given their number and the variety of lines they all share. For example, Bad Motherhugger, AKA Samuel L Jackson, doesn’t just look like him, but also sounds remarkably like him as well. This can’t be said for all characters unfortunately, the parody of Arnold Schwarzenegger barely sounds like him, not even as a bad impression, which would have worked well. 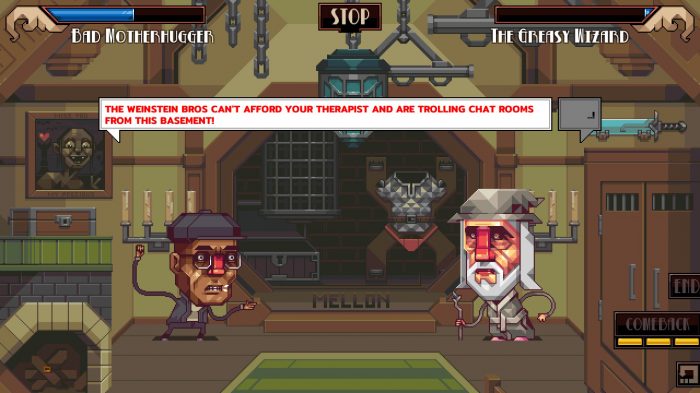 As this is a game about throwing insults at one another (more so when playing online or local multiplayer) it should come as no surprise that the tone is rather dark. Whilst the language itself isn’t rude per se, there aren’t any F-bombs here, there are multiple references to the worst aspects of Hollywood culture. This is very much a game of the times; the very inclusion of Weinstein tells you what you need to know about the type of humour we’re dealing with here. Think Cards Against Humanity or the kind of insults you would use to try and one-up your friends at school.

Oh…Sir! The Hollywood Roast is an unexpectedly fun critique of the film industry. Its sense of humour will not be for everyone, but crafting insults is an engaging and sometimes cathartic experience.