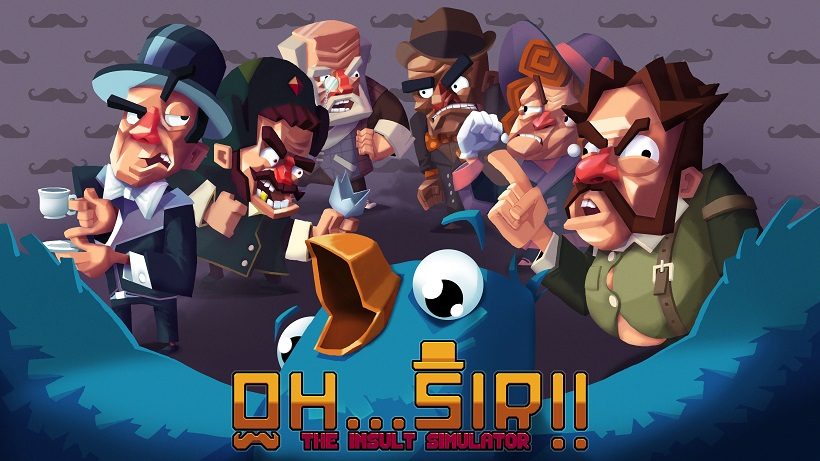 It is difficult to review within a vacuum; external influences will always have some impact on a how a video game is reviewed. As much as I would like to review Oh…Sir! The Insult Simulator on its own merit, having previously played the – vastly superior – sequel Hollywood Roast my whole experience with The Insult Simulator is overshadowed.

The Insult Simulator came out of a game jam and owes its existence to the theme of that event, which was “this parrot is no more” based on the Monty Pythons’ Dead Parrot sketch. It is therefore unsurprising that the first debate is based on arguing over whether a purchased parrot is indeed dead. 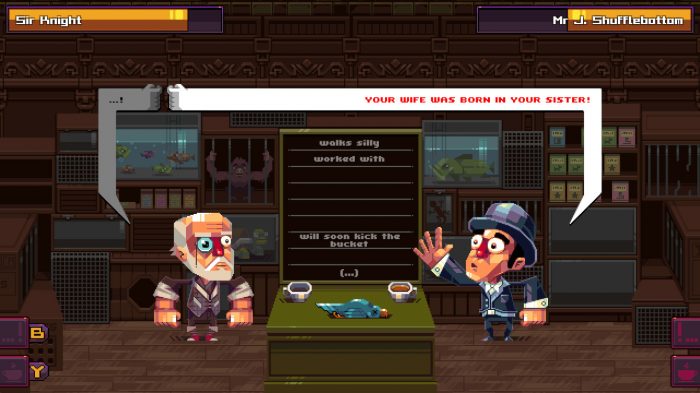 This is a complete, functional (for the most part), and finished game, but everything seems underdeveloped. The aim of the game is to win each debate, and to do so you need to be able to string together the most offensive sentence you can with the words and phrases available on the board between you and your opponent. Unfortunately, your AI opponents in this game are not the sharpest tools in the shed, only slightly worse at formulating a sentence than Britain’s own inept caricatures we call ministers. Soon you too can witness epic takedowns such as “This conversation is your husband”. 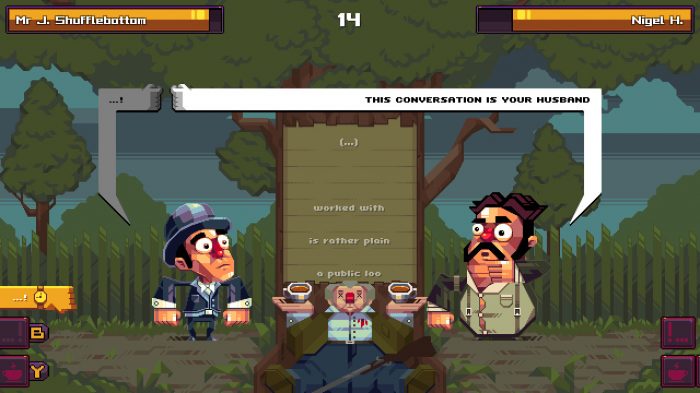 The overall tone is consistent, and your chosen character goes through something close to resembling a story arc. You’ll be confronted with Monty Python-esque individuals during a very short playthrough but meeting more on later playthroughs is an unappealing thought. Not everyone is British, but those are the ones that now come off as the most grating. The Insult Simulator was originally conceived towards the end of 2015 and the version that was released to online storefronts came out late 2016. In that time, what would have been quaint British stereotypes now come off as crass. Interestingly it’s sense of humour falls flat more here than would have been expected in The Hollywood Roast. 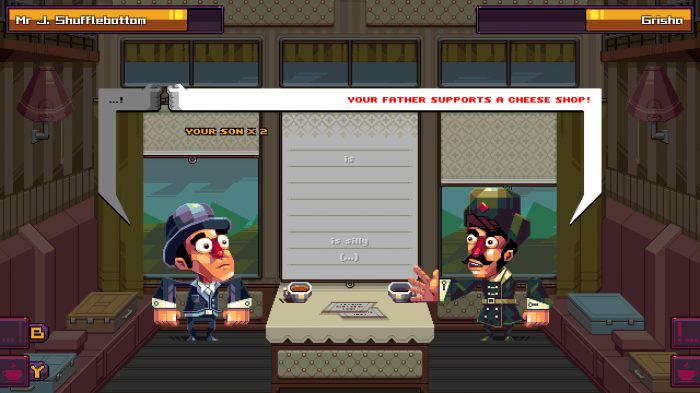 It might have seemed worthwhile to bring The Insult Simulator to the Switch alongside the newer release of The Hollywood Roast, but in practice, it only acts to demonstrate how the core gameplay can be greatly improved upon with a more thought out theme. Humour can certainly be subjective, but it is hard for anyone to get more than a slight chuckle out of this game. Even then that will likely be the result of trying to come up with the most absurd sentence you can, which if you are lucky might get you a decent score against your opponent.

As much as I would love to say that the only thing Oh…Sir! The Insult Simulator is insulting is your wallet, that is not the case – it’s only £1.99 – nor could this apply to your time, as a playthrough only takes the same amount of time as an episode of American TV. That still doesn’t mean that it is worth your time or money. If this was the only Oh…Sir! game, then maybe, just maybe, it could be worth it as a curio, but as an excellent sequel exists, and one that doesn’t require knowledge of the previous game, I wholeheartedly recommend skipping this game entirely.

Completely lacking in humour and with AI opponents that often struggle to put together a coherent sentence, Oh…Sir! The Insult Simulator is one to be missed. Thankfully its sequel improves upon this game in every single way.