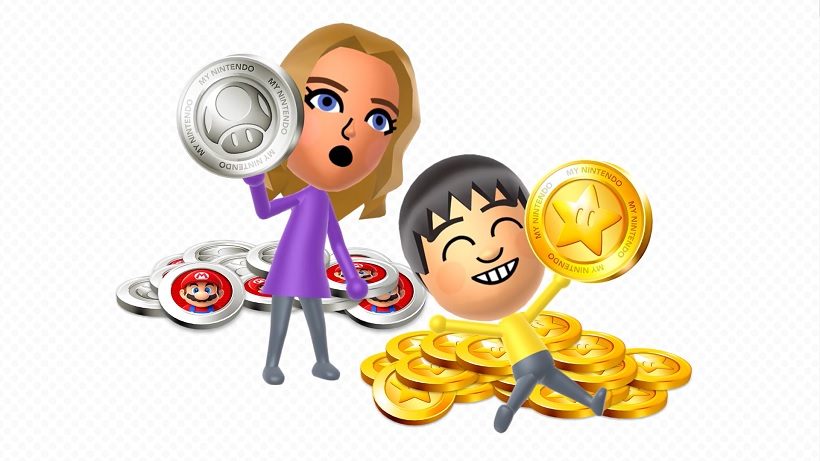 Start saving your Gold Points because it’s almost time to spend them on Nintendo Switch.

More details about the upcoming rewards scheme have since been revealed via a news bulletin on the Nintendo Switch news reel itself and the My Nintendo website, including the conversion rate of money spent to Gold Points and the percentages of the purchase prices which will be converted into Gold Points. One Gold Point will equal one pence (GDP) to use against future purchases, and – to quote the announcement directly – Gold Points will be earned at the following rates against the full-price eShop game listings:

Essentially what this means is that if you buy a game that costs £60 on the Nintendo Switch eShop – like The Legend of Zelda: Breath of the Wild, for instance – and register it to your Nintendo Account, 5% of its price value – a.k.a. £3.00 – will be converted into the form of 300 Gold Points for you to spend against your next eShop purchase. If bought as a physical cartridge from a retailer, however, the conversion rate is reduced to a measly 1%, meaning you will only earn 60 Gold Points – or £0.60 – for use against your next eShop purchase.

Though this might seem like a worse deal for those Switch Players who pride themselves on collecting physical editions of games, it is actually an improvement upon the existing conversion rate in place at the moment. Currently, registering a physical copy of Breath of the Wild (to use the same example) to your Nintendo Account will only earn you a meagre 16 points, so be sure to hold off on redeeming any physical games you’ve purchased until the rewards system comes into effect in March as you will actually get a better deal!

The registration of physical game cartridges and eShop purchases to your Nintendo Account is sure to earn you a substantial amount of Gold Points very quickly, so be sure to keep up-to-date with your redemptions once the My Nintendo rewards become available for the Nintendo Switch in early March and see what amazing games you can score a hefty discount on – or even get for free! Be aware however that Gold Points are only valid for 12 months from the month they are earned, expiring on the last day of the month in the following calendar year, so be sure to redeem them against any future eShop purchase(s) in time!

Did you miss our announcement post about the upcoming My Nintendo rewards for the Nintendo Switch? Read it here if you did, and be sure to sign up for My Nintendo here if you haven’t already done so to make sure you don’t miss out on the fun!

2 thoughts on “My Nintendo Rewards for Nintendo Switch: Everything We Know So Far”