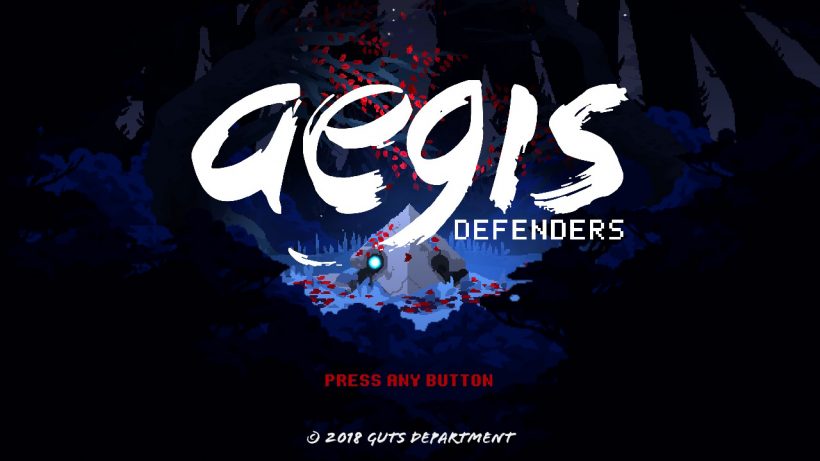 Two genres at the price of one.

I’m constantly taken aback when playing a tower defense game. I feel that the genre often misses the point when aiming for a balance between strategies and difficult. Sometimes, you find such an absolute strategy, that it is just a matter of repeating it at each level. Others, the game becomes so hard that you can’t do much more than watch the demise of your buildings. Aegis Defenders alleviates these problems by mixing up elements of action and platform to the tower defense formula, and, as a result, delivers a much more interesting and varied experience.

Set in a fantasy sci-fi world, Aegis Defenders tells the narrative of two “Ruinhunters”. Clu and her grandpa Bart work as sort of scavengers, exploring and gathering ancient technologic apparatus from long-forgotten places. After discovering and reactivating a robot, they get involved in a dangerous adventure against a powerful tyrant empire. As they progress, new allies will join their cause, broadening their skill set, and opening up unique options on both combat and exploration. 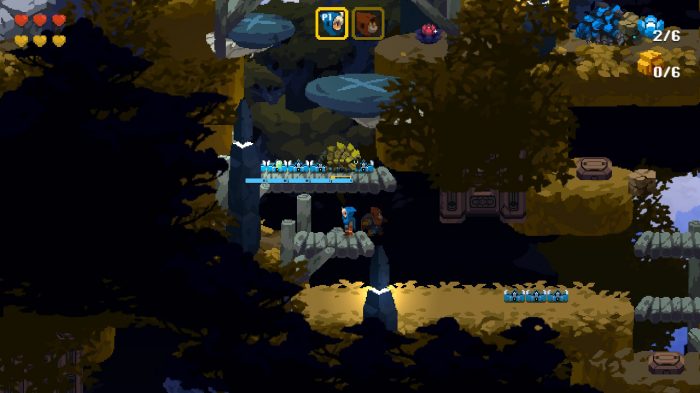 Each level in Aegis Defenders is divided into two distinct instances. Upon arriving at a new location, you’ll need to explore a series of platforming sections, defeating enemies along the way, utilizing your character’s skills to overcome the obstacles. Each level will also have a series of optional collectables items to be found, which will reward you with additional points to unlock improvements for your characters.

Because you have two characters (or more) at your disposal, the game gets inventive in how environmental puzzles works. You can choose which character to control at any time, and it is possible to position a character on a certain place, in a similar manner to the classic The Lost Vikings. This way, you can have a character doing things like defending a place, auto-attacking enemies or activating a button – among other possibilities. 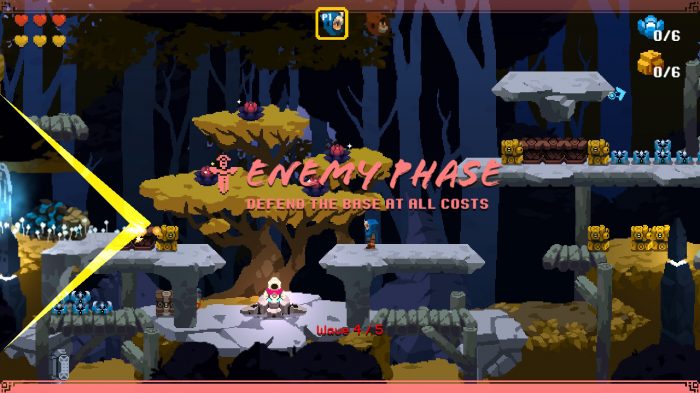 Once you reach the end of the level, the tower defense section starts. On said moments, you’ll have up to 60 seconds to explore the local, collecting colored resources and setting up turrets and traps. Initially, each character is able to build a basic defense that matches its color – and deals more damage to enemies of the same color), but they’ll get progressively more complex and varied, as you’ll start to combine items between two or more characters. In addition to that, you still have direct control over your characters during these wave phases, which turns out as a very funny blend between the tower defense and platforming action.

As a result, the tower defense section of Aegis Defenders allows for much depth of strategy, but that comes at the cost of having somewhat convoluted controls. The game adds new items and characters at a slow pacing, giving you time to adjust, but eventually there are so much stuff to think about that the action becomes frantic. Still, this is a minor drawback behind the entertaining gameplay loop of Aegis Defenders. 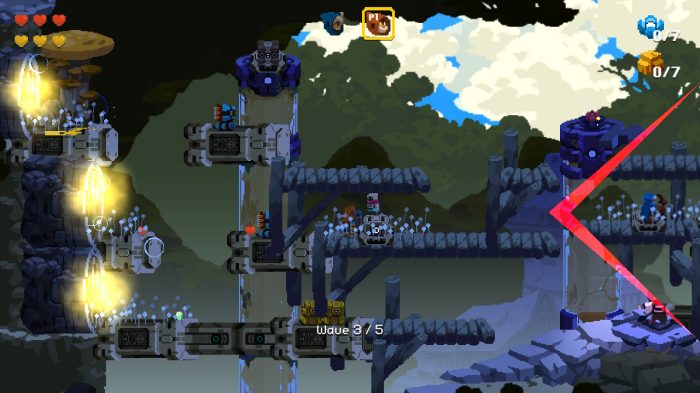 On top of the platforming and tower defense mixture, Aegis Defenders is beautifully presented with a very detailed pixel art style. Its narrative, while simple, manages to build an interesting world’s lore, and is plentiful of charm. Considering all these qualities, Aegis Defenders is one of those games that are better than the sum of its parts.

Aegis Defenders manages to avoid the boredom found on some tower defense games by mixing it up with action and platforming elements. Its complexity and depth of strategy doesn’t lose its light even with its somewhat convoluted controls. With its top-notch pixel art style and charming narrative, it delivers an entertaining and unique experience.