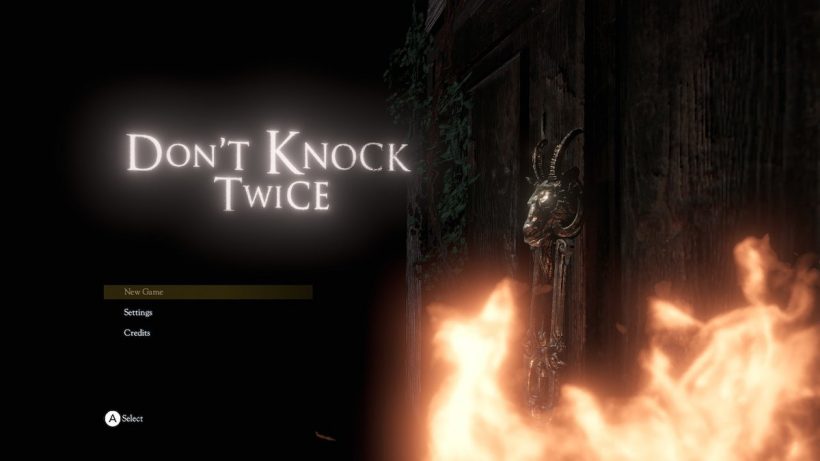 Knocking about in a terrible place

Don’t Knock Twice was a horror game released for the Switch for Halloween last year, but it was only in the eShop’s Easter Sale (which is still in progress) that I picked it up. I’m a lover of the genre, of course – I gave a glowing score to Outlast, which shares the same premise of exploring a haunted location with barely more than a light to guide your way at your disposal.

The game is certainly not as long as Outlast, and the action is confined to a single house. You take control of a mother who has quarrelled for some reason with your daughter, who you see in fleeting glimpses towards the start of this game as you begin to set about the building in the hope of trying to find her.

You do have a way of communicating with her, though – she sends text messages through to your phone, which either come across as aggressive or in other cases work to push the story along. The buzzing sound of your phone when a message comes through really acts well as a jump-scare as you plod through the eerie house.

After a bit of exploring early on, you make your way into the basement, where there’s a pentagram with all sorts of occult paraphernalia nearby. It’s then your mission to find certain objects throughout the house in order to cover the pentagram and unlock the mysteries that it holds. Due to the overall design and layout of the house, progressing from this point onwards is very self-explanatory, and it’s easy to memorise the house. That detracts from the atmosphere of the game somewhat – you want to feel engrossed, and a little lost, in order to fully appreciate the scares.

However, atmosphere is done very well at the start of the game. The candle offers very little light, so you’ll really have to edge your way through rooms as the far walls will be too murky to make out. There are also great moments where you walk through corridors and, when expecting something to jump out at you from the left, it’ll come from the right, and vice-versa. It would have been nice to see this developed, in some way – I got the feeling there were a lot more scares which the game could have crammed in.

You’ll find two main items which are imperative for your progress along the way. One is a makeshift blowtorch, which you can use to do away with shrubbery and cobwebs which block your way, and the second is an axe, where its primary purpose is to open the entire house up to you (at the start of the game most of the doors are locked, but the axe allows you to smash the handles off and let you through), but it also has some other uses which are essential to progression. But the controls don’t handle particularly well when using them. You have to point a tiny cursor directly at them before pressing ZR, then press R to use them and L to drop. It sounds easy, but in practice it’s confusing.

At its sale price, I can certainly give Don’t Knock Twice a recommendation. The story and atmosphere excel, so it’s a shame that some clunky controls and too-dark areas detract from that a bit.

Don’t Knock Twice scores big for atmosphere, but fails to expand on some of its better ideas. A follow up game with a cleaned-up control scheme would be welcome, as long as the story is less linear and encourages more exploration.