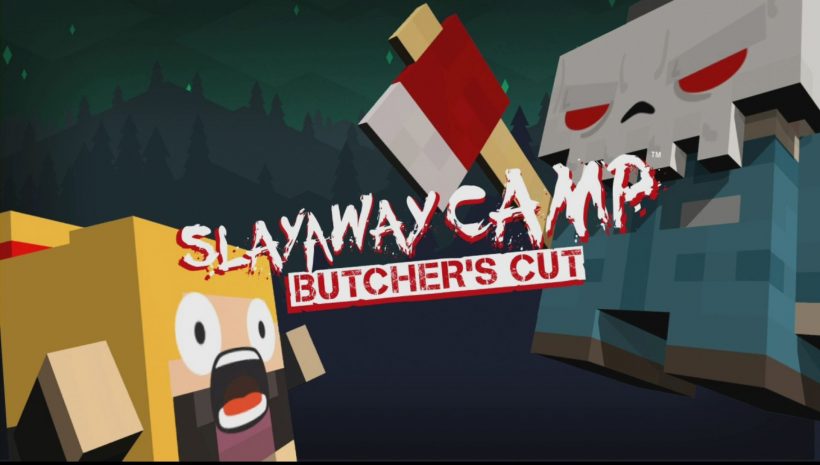 Anyone who’s wanted to live out their own B-Movie slasher fantasy will feel right at home in Slayaway Camp. That is, at least, if you’ve primarily envisioned yourself as the killer in this hypothetical scenario rather than the innocent – and usually absent-minded – victims these VHS films typically present. An Isometric puzzle game that originally was released for Android, this love-letter to ‘80s cinema has now finally come to Switch in its extended Butcher’s Cut version.

The amount of passion developer Blue Wizard possess for the cult genre is immediately clear upon loading up the game. Menus boast a low-fi feel, VHS rewind scrawls shuffle you from screen to screen, and there’s sure to always be a collection of woozy synth beats accompanying your actions. All these elements work together to result in an obsessive level of attention to detail that helps to successfully immerse you in the time of cult films. And this is before you even get into the game proper! 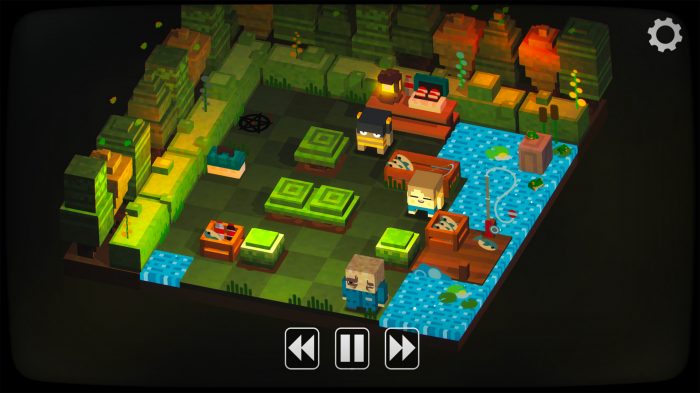 For all its surface-level dress up, however, Slayaway Camp plays like a tightly constructed series of chess boards that sees you move your serial killer character from position to position throughout several slasher flick scenarios.  Appropriately dubbed “scenes”, each level takes place within the context of a movie from the fictional Slayaway series, requiring you to dispatch each one of your victims while avoiding the many obstacles which crop up the further you reach into the running time. The catch is you’re only able to move either up and down or left and right, sometimes with a limited number of turns before the cops arrive.

There are a few unique quirks to Slayway Camp’s simple gameplay set up, however, that are all made possible thanks to the wider context that what you’re doing is meant to be being played on a VHS. There’s a rewind feature, for instance, whereby you can roll back your moves step by step whenever you’ve accidentally sent your killer to their unfortunate demise. Alternatively, the fast-forward function acts as the game’s in-game hint system that lets you spend coins should you ever become stuck searching for the right solution. 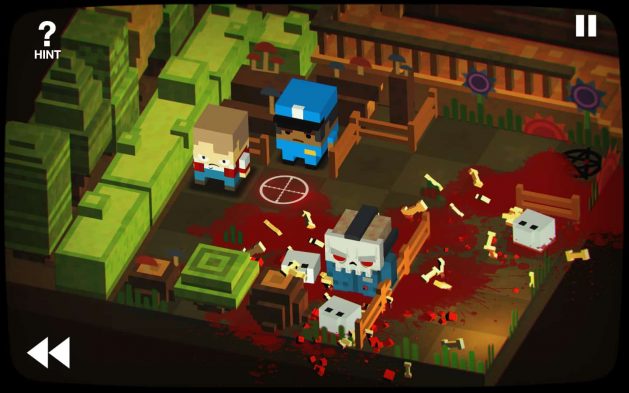 Your character’s actions, objectives, and movement abilities don’t really ever change for the most part, but thankfully there’s plenty of new gore kills, maniac characters, and movies to unlock that will no doubt inspire you to keep going. One thing I will say is not to be fooled by Slayway Camp’s blocky art style. Sometimes with kills you’ll be treated to a suitably horrific murder animation that fluctuates depending on the location of the current scene you’re in. In a mine? You’ll push them down a shaft. Near a lake? A crocodile lurks close by.

Slayway Camp might be a very simple puzzle game on the surface, but it’s the kind of game you can’t help but respect due to how cleverly it implements its inspiration into its visuals, mechanics, and gameplay. It’s an enjoyably addictive isometric puzzle game that any fans of Friday the 13th, My Bloody Valentine, and ’80s horror cult-films in general should definitely give a butchers.

Slayaway Camp is a darkly charming isometric puzzler that uses the B-Movie slasher conceit to its complete advantage. Addicting, challenging, and perfect for bitsize Switch sessions, anyone who doesn’t give Slayaway Camp a butchers will surely be missing out.