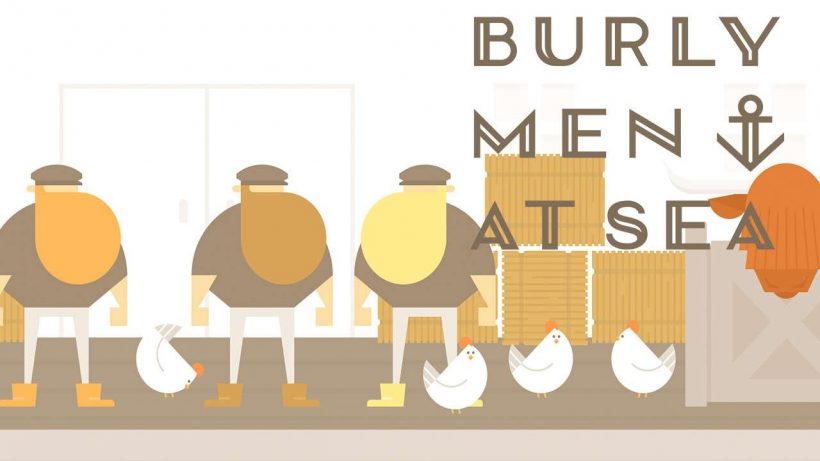 Now, bring me that horizon.

Games with strong narratives generally come at the top of my annual favourite games list, with recent titles such as Firewatch, Gone Home, Virginia and Everybody’s Gone to the Rapture capturing my imagination with intriguing plots and strong dialogue. Now, the Nintendo Switch gains its own whimsical fable in the form of Burly Men at Sea, Brain&Brain’s interactive tale starring three rotund, bearded adventurers on a quaint, nautical quest. With simple and slightly limited touch controls, along with a minimal visual aesthetic, does Burly Men at Sea join the ranks of the aforementioned titles? Well, yeah. But let’s dive in a bit deeper anyway (pun totally intended). 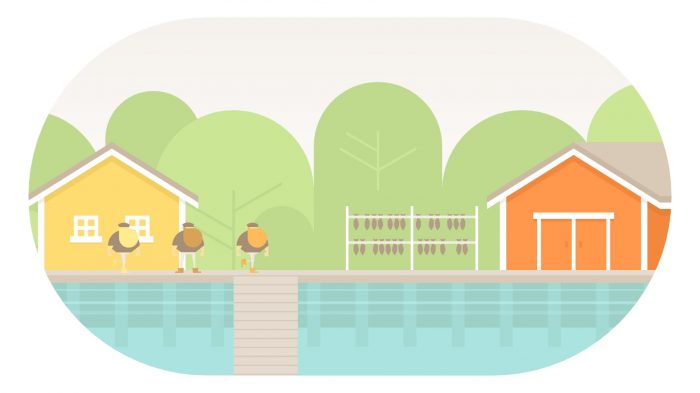 Burly Men at Sea is undoubtedly more of a visual novel than an actual ‘game’ – at no point is it a taxing experience, and you’ll certainly never outright fail in your quest. It begins with our intrepid adventurers stumbling across a map whilst fishing. The map is blank, and asking around a local town yields little results as to the nature of the mysterious piece of parchment. So our burly men head out to sea to discover its secrets, encountering many obstacles along their way. You’ll be plunging the depths of the ocean, combating the might of a perturbed octopus and even find yourself within the innards of a gigantic whale. It’s a lovely little tale of wonder and magical realism, though if you’re after something a little bit more involving, you may want to look elsewhere.

Thankfully, the replay value here is reasonably strong. Yes, a single play-through may take you as little as 30-40 minutes to complete, but there are multiple paths you can take should you go back and experience it again. Repetition is unavoidable, but it’s well worth taking this adventure again and again to discover all of its whimsical secrets. Children, in particular, with their imaginations already bursting at the seams, will adore their time with this game and will no doubt gladly replay it once they’re done and dusted. 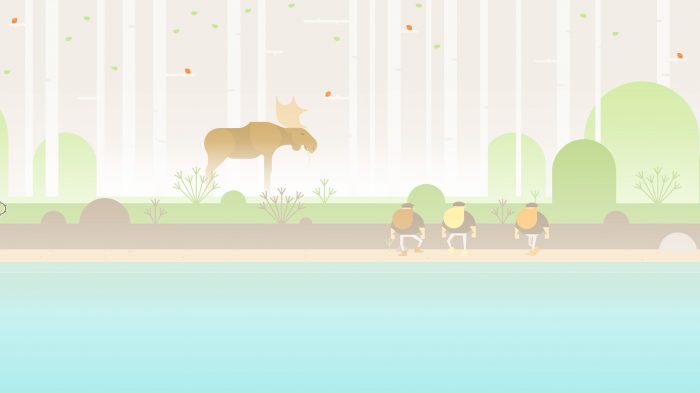 Graphically, Burly Men at Sea is nothing special, but what it does, it does well. The characters and environments are almost childlike in their colourful innocence, with the action depicted within closed-off scenes that you can manipulate with touch controls. Dragging your finger towards the edge of the screen will extend the scene and simultaneously move the burly men in that particular direction. The sound design is also minimal, but inspired. The music is predictably cheerful, and the creators have taken a particularly unique a-cappella approach to some of the nautical speech and sounds you’ll be hearing in your adventure. It works really well, and certainly garnered a few giggles from this writer. There is, however, no voiced dialogue to speak of at all – be cautious if you’re purchasing this game for a young child, as they may struggle with some of the writing on display.

If you’re after an easy-going, fun little adventure, you could do a lot worse than Burly Men at Sea. It doesn’t pack quite the same emotional punch as some of the titles mentioned at the start of the review, but it’s a great narrative that will undoubtedly provoke a few laughs throughout the multiple play-throughs. Minimal visual design and easy, simplistic controls mean that almost everybody can enjoy what Brain&Brain have created.

Burly Men at Sea is a charming little adventure that gamers of any age will enjoy. The limited interactivity may put off some people, but this is an adventure full of whimsy and humour that I can fully recommend.