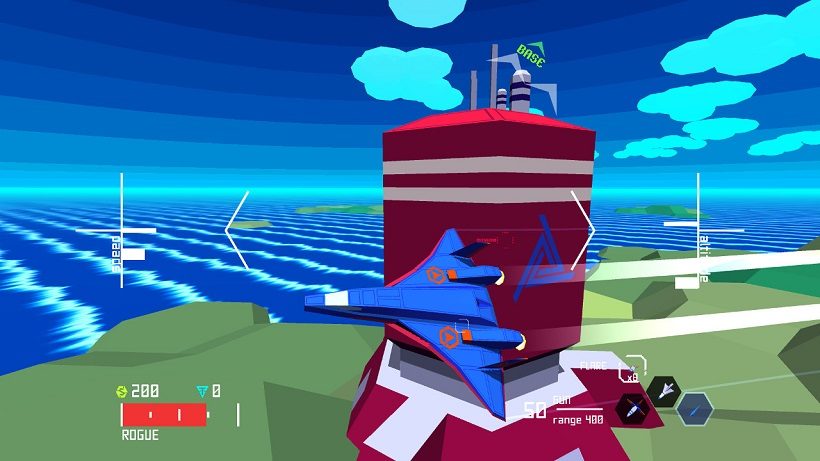 The roguelike genre has been getting rather crowded during the past few years and the Switch has its fair share of these games too. As its name suggests, Sky Rogue is another video game that incorporates the random level mechanics prevalent in the genre into its core structure. Thankfully though, the implementation of the roguelike mechanics work very well within an arcade combat flight simulator. 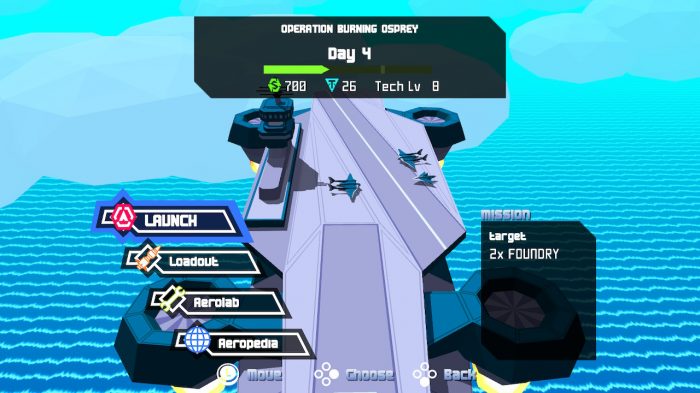 There is no overarching narrative to speak of, only that there are twelve missions to complete, and if you die you must start over. Of course, being a roguelike, you’ll be faced with new missions, each taking place over a different piece of generated landmass and featuring alternative mission objectives. As you move up through the levels the objectives increase in difficulty and the opponents in ferocity, providing an engaging difficulty curve that gives you just enough time to get acquainted with your aircraft. For the first few attempts, it is at this stage that you’ll find yourself shot out of the sky.

Like most roguelikes, death is permanent, but it isn’t the crippling punishment that it can be in other games of the genre. This is because advancing is dependent on levelling up and gaining access to new and improved loadouts to use in later sortie’s. You are not expected to succeed at first, but that’s OK, as in addition to your tech level increasing (which grants access to new weapons and crafts) you gain a better understanding of finesse required to pilot the aircrafts available to you.

A big part of the enjoyment comes directly from the pleasing gameplay. There is a great sense of satisfaction to be had from piloting these aircraft, especially when you have to outmanoeuvre one or more crafts whilst carefully aiming to target the main objective. This aided by the different control schemes that are available. A good place to start would be with the standard controls accompanied by the arcade method. For a more in-depth experience, the simulator control method brings the game more in line with something like Ace Combat. But, for the most engaging experience, you can try the Switch exclusive “Danger Zone Controls” which introduce motion controls. Before you groan, you should know that they have been implemented incredibly well. The left Joy-Con ­­— which is held horizontally — acts as the throttle, whilst the right Joy-Con is held vertical and works appropriately like a flight joystick. Unsurprisingly this isn’t as accurate as the standard gamepad controls, but the sensation you get from dodging an incoming missile is surprisingly novel. 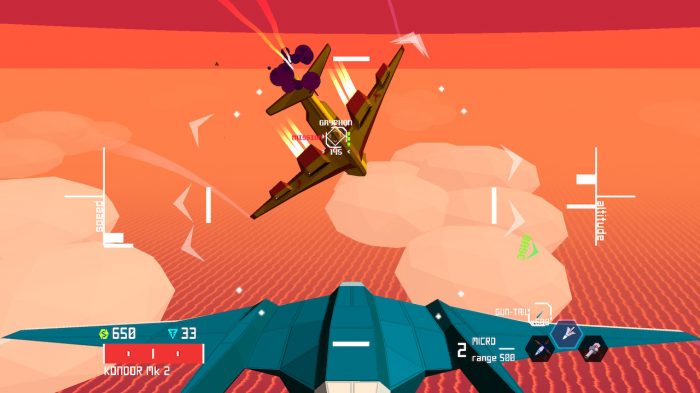 Lastly, it would be remiss to mention Sky Rogue’s visual aesthetic. The look screams 90s polygons, except with the benefit of a 16:9 aspect ratio and an HD sheen. Everything about the UI is clean and tells you what you need to know and nothing more. The overall presentation harks to the past but successfully uses it to make an engaging and visually pleasing experience, rather than just for the sake of nostalgia. Of course, if the inclusion of hard polygonal edges scratches your particular nostalgia itch then think of it as an added bonus.

Sky Rogue successfully takes its namesake and provides a randomised structure that bypasses mundanity with a sense of challenge and surprise. Combined with immensely satisfying flight controls you’ll want to want to keep coming back to rule the skies.