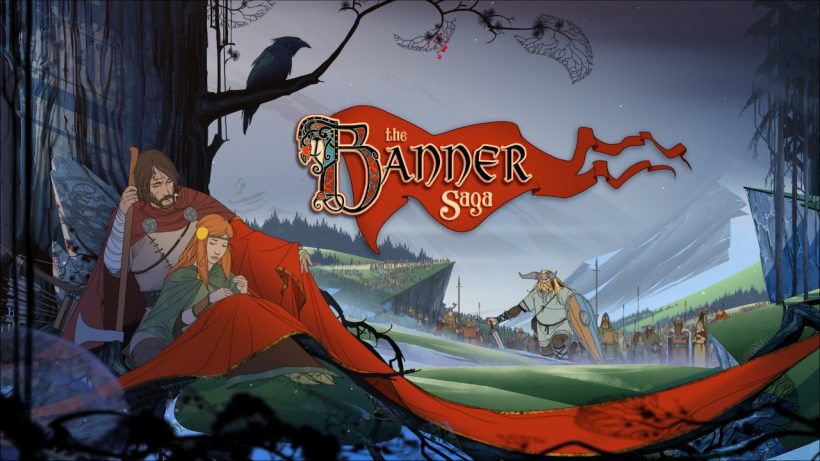 Maybe it’s the masochist in me, but I do love a game that forces me to make hard choices. I love it even more if those decisions have a lasting effect on the story, and that’s exactly what The Banner Saga offers.

Developed by Stoic Studio, formed from a trio of ex-Bioware developers, The Banner Saga first released to critical acclaim about four years ago and in the time it has taken for the Switch to appear and gain traction with trendy indie games, has evolved into a saga in its own right with a trilogy of titles, all of which are slated to arrive on the Switch in quick succession.

This first title takes you through the first seven chapters of the story, and initially it’s told from two different viewpoints at opposite ends of the map. The nefarious and destructive Dredge have returned as a plague across the realm, devasting humanity and leaving a huge amount of carnage in their wake. You set off across the land to escape their leader, the seemingly invincible Bellower, whilst trying to formulate a plan and unite the worlds’ classes in an attempt to stave off the inevitable demise. 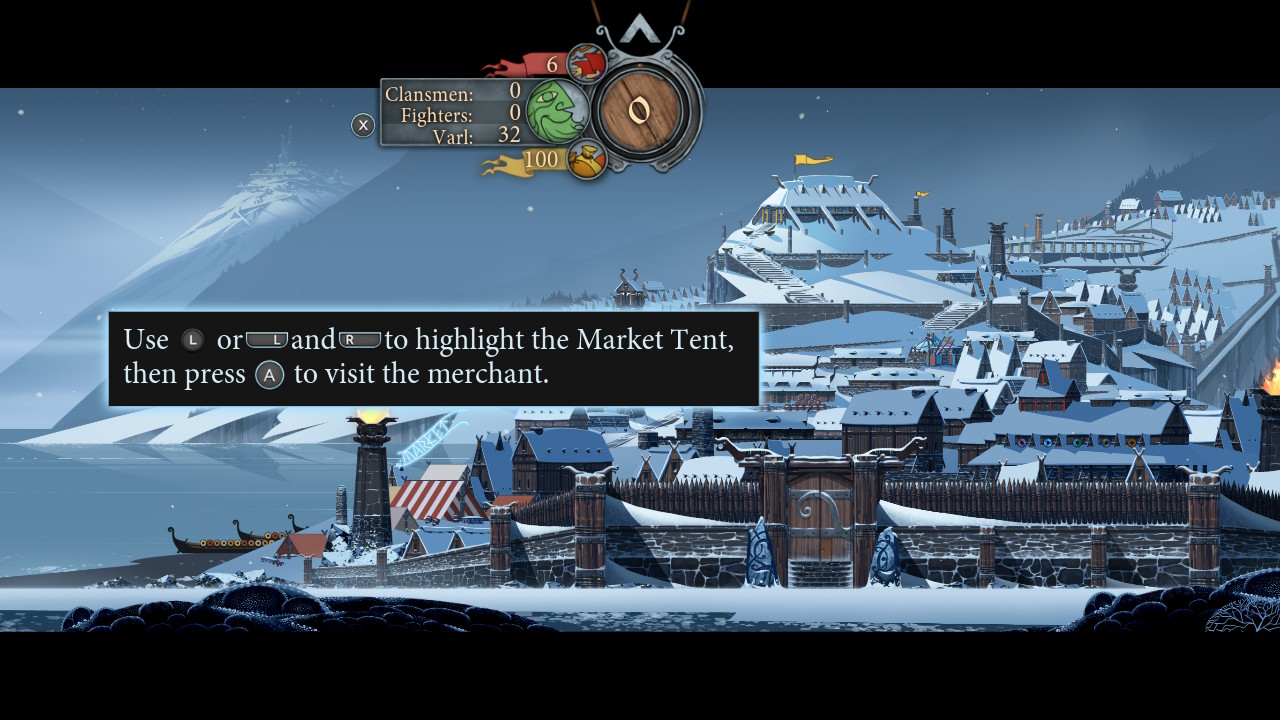 The Banner Saga is a game of two halves, one being a resource management simulator where you look after your clan of followers as you traipse across the environment, watch your caravan meander from one desolated city to another and attempt to ensure you have a stocked supply of rations and keep your morale topped up.

Occasionally you’ll need to do battle with others, more often than not the Dredge but sometimes other tribes you come into conflict with, and that’s where the other half of the game happens, in the form of a grid styled turn-based strategy mode.

You will choose from a variety of Warriors that you have encountered on your quest, with a mix of character classes available, and understanding and mastering all of these will be crucial to success. Those with spears can attack from just outside the opponents range, archers can obviously snipe from afar whilst other characters (like the Varl) possess the brute force for ripping chunks of enemy health away. However, to do this you’ll also need to chip away at armour – which acts as the defence stat here – the lower that is, the more damage you’ll deal. 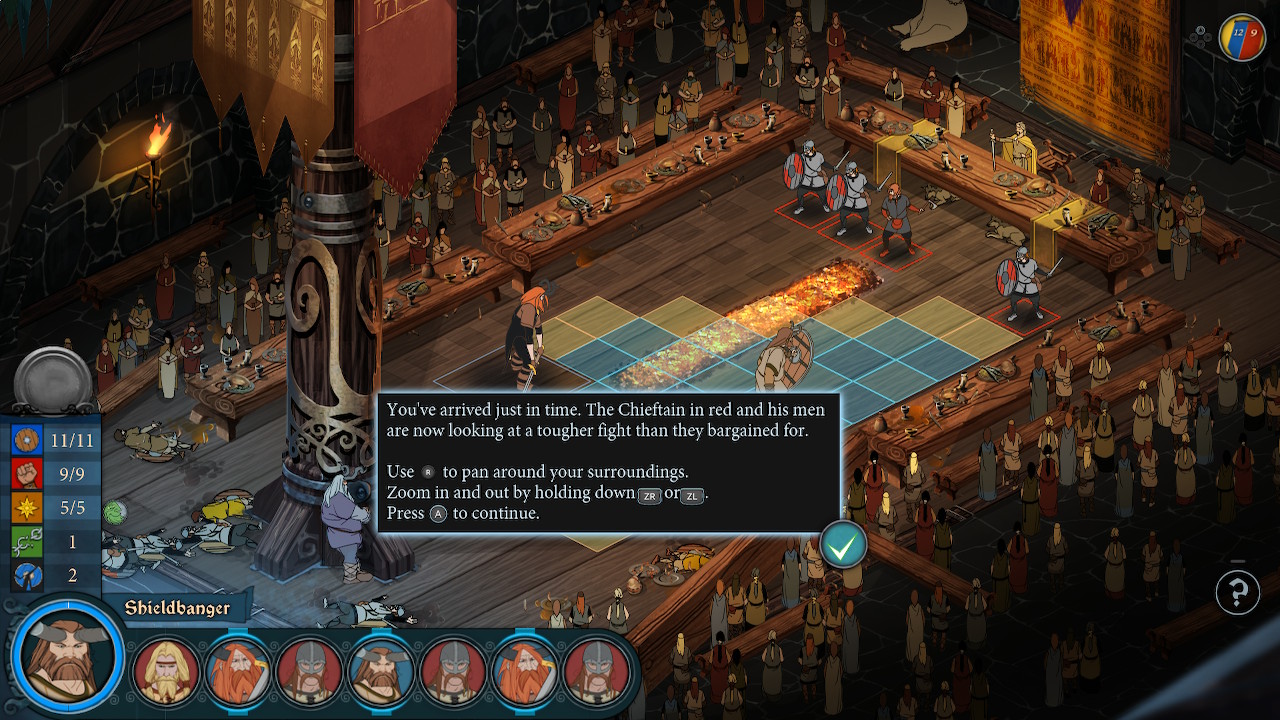 Which characters you have available can very much depend on some of the choices you make. For example, I agreed to allow some of the female clan members train in archery, which gained me a new playable character, yet a few “days” later a hasty and regretful choice ended with her becoming a casualty in the ongoing war, gone forever. Along with other late game choices, you’ll see that some of the decisions will have a lasting impact, not only here but also in future Banner Saga games – as your save file exports to other versions, and I’d expect the same again with the Switch releases. I will note, however, that these are special cases. If any of your team fall in regular combat, they’ll just be “injured” and heal up after a few days.

As you progress and succeed in combat, you’ll earn Renown, the currency of the game and which will also require difficult choices. Want to upgrade your characters, boosting their effectiveness? That’ll cost Renown, which goes up in increments each level. Want some gear to attach to your troops, enhancing their stats or abilities? The same Renown. That same, singular currency is also used to enhance your supplies, ensuring your collective of followers don’t go hungry. It’s not in plentiful supply, either, so balancing everything will be fun. Talk about hard choices… 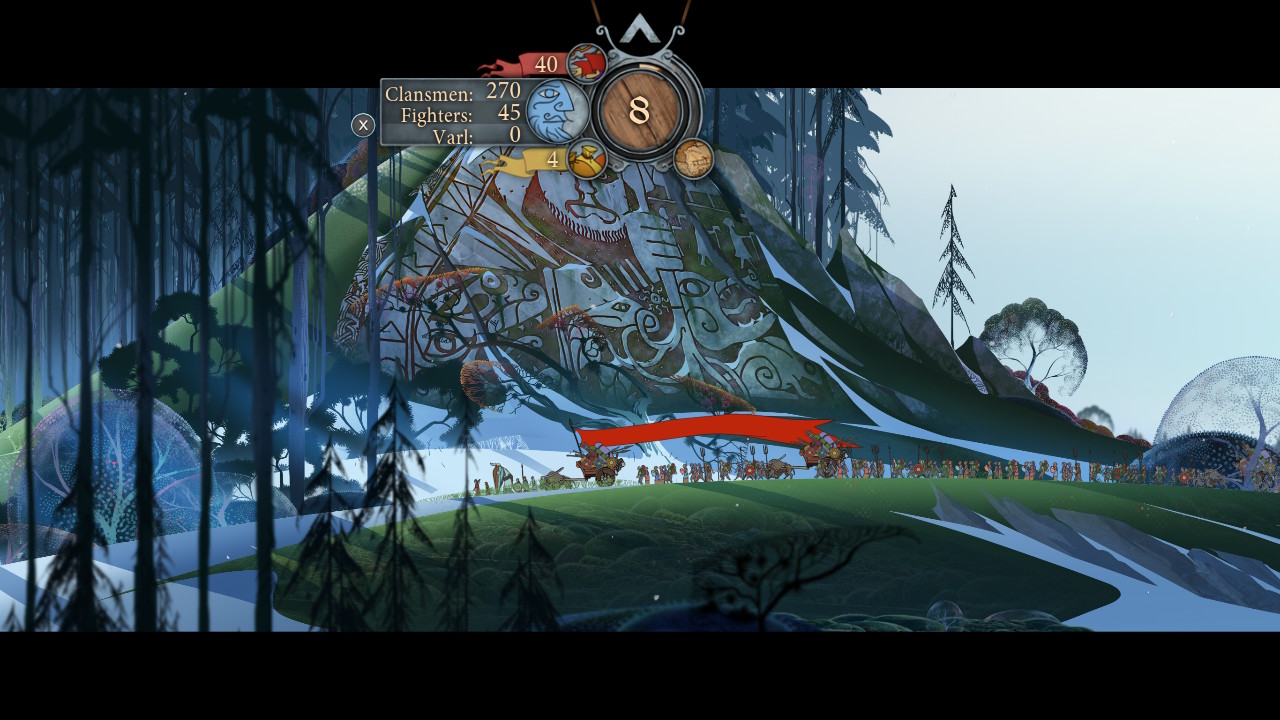 The art style and presentation is rather spectacular. The Banner Saga boasts an amazing design evoking memories of cartoons long gone by, the fantastical Norse/Viking look is rather well done. The atmospheric music also suits the game very well and the narrative really hammers home the story. Over the course of seven chapters I was captivated and wanted to learn so much more, especially since not everything that has happened has been explained. I was incredibly disappointed when it came to an end.

What was also slightly disappointing was a little repetition in battles, with you facing essentially the same enemies over and over. Also a little repetitive is the transition from town to town, watching your caravan move tiny little pixelated approximations of your clan across the screen can be a little boring when not interspersed with dialogue, but I guess that the underlying thing is to create a feeling of tension, to make you care that these people, YOUR people, could go hungry or lose morale. It does work.

All in all it’s a great game, and I cannot wait to play The Banner Saga 2 now. If you’ve held off buying this over the last few years and see the Switch as an ideal platform to play it on – which it is – then hop aboard the caravan now.

Repetitive battles are The Banner Saga’s biggest issue, but they don’t stop the enjoyment from what is otherwise a fantastic experience. Strategy and fantasy enthusiasts should find a lot to enjoy here. Roll on part two!

0 thoughts on “The Banner Saga Review”