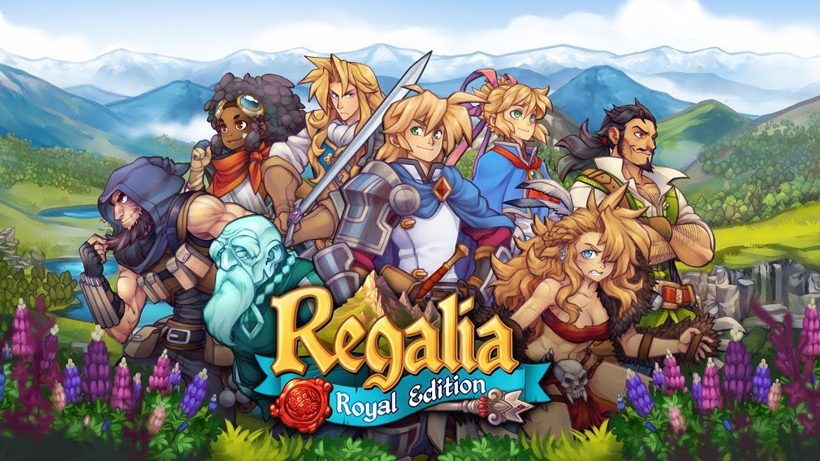 No adventure is complete without a few bumps along the way.

Regalia: Of Men and Monarchs – Royal Edition is a role-playing title that will see players tasked with rebuilding a kingdom that our hero has just inherited. Besides the large amount of cleaning and rebuilding that needs to happen, there is a debt that needs repaying and monsters that need slaying. It’s time to grab your sword, gather a party of unique characters and prepare for a grand adventure. Well, kind of.

The gameplay for the title breaks into two main areas. Combat and Kingdom management. Everything outside of your kingdom will include a fight at some point be it exploring a location or completing a dungeon. It is here that players will enter an insomniac viewpoint with turn based actions unfolds. Characters are able to perform a movement action and one of any other action in a given turn which can include attacking or using an item. Players will quickly need to come to terms with the combat, mastering the skills and abilities of each character if they want to succeed in Regalia as it is the foundation of the title. 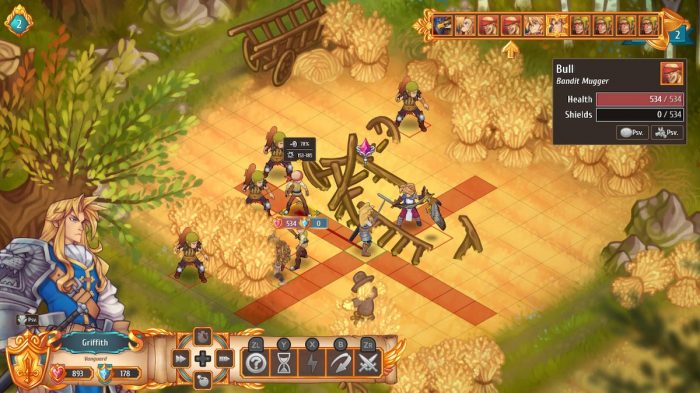 Though characters each fit a different role in combat, with character progression being fairly expansive, battles do quickly become a grind. Enter a battle, place your party and begin dealing damage when it becomes your turn to act. Health, as with most titles, is the key resource here but unlike others you cannot refill it during a fight. Instead you need to use shields as a means to block some damage filling this up during fights with abilities to improve the chance of your character surviving.

Developing your character is not only limited to their level and the equipment their carry into a fight but also the bonds you build with them outside of fights. This not only developments their fighting skill but also their personal tales which lead to interesting story beats throughout. Speaking of which, the story within Regalia is engaging from the get go offering some creative, enjoyable and funny writing throughout. The sectors that are voice acted are also delivered well which is a nice detail to have within a title this large. 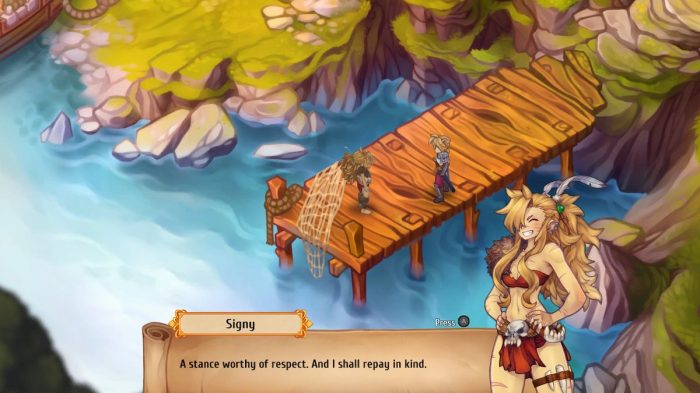 As mentioned, the title requires the management of a kingdom and in turn the repayment of a large debt. Every two months you will need to complete a set number of quests or action in order to meet the payments. Should you fail to do this then it will be a game over. Though this might sound easy, the fact that days are a resource that are continuously counting down as you advance through dungeons, story, and battles, you will be quickly finding ways to optimise each day.

It is a shame then that the performance of Regalia is a low point for the titles Switch release. Loading screens are a plenty, input lag is found throughout and the game struggles to load menu screens causing serious frame drop and momentary pausing. The slowdown continues outside of menus as well which sees the overall performance putting a damper on the whole experience.

Thankfully, Regalia is a beautiful title that has stunning artwork throughout with a soundtrack to match. It is therefore a disappointment that these details, along with the story and writing, are let down by a lackluster battle system and poor performance which overall make this release feel like it isn’t worth the time investment.

Regalia: Of Men and Monarchs – Royal Edition is a mixed bag of an adventure. It is worth a visit but performance issues and dull gameplay mean it may not be worth a stay.