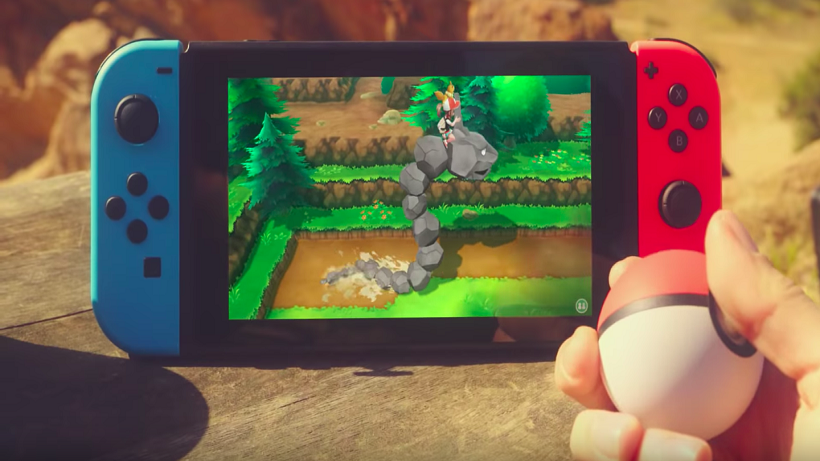 Whilst Nintendo and the Pokémon Company recently revealed Pokémon Let’s Go Pikachu and Pokémon Let’s Go Eveee to the world, we were still left with a few questions. During Nintendo’s E3 video presentation the amount of time apportioned to Pokémon was fairly short, but the first big piece of news we learnt was that with each Poké Ball Plus, the optional accessory the can be used to play Pokémon Let’s Go and Pokémon Go, you will receive your very own Mew. Mew, of course, is the famous legendary Pokémon from the first 151 and could not actually be caught in the main game, instead, it could only be obtained (legitimately) via special promotions; so this new means of obtaining Mew is kind of keeping.

The mythical #Pokemon Mew comes exclusive with every #PokeBallPlus and can join you on your #PokemonLetsGo adventure, launching 16/11. #NintendoE3

During the Nintendo Treehouse event that followed more details and live footage was shown off for Pokémon Let’s Go. They spoke about how when deciding which Pokémon to include with the Poké Ball Plus that the decision behind Mew was a fairly obvious one. Adding that if you purchased it in a store, the joy one could get of hearing Mew’s cry come from the Poké Ball as you make your way home. In addition, the lights on the Poké Ball Plus correspond to the type of Pokémon that is stored inside.

Another big question people had was how trainer battles worked? In short, essentially they work same as they always have done. Catching Pokémon works more akin to that of Pokémon Go as gleaned from the initial announcement, but what we now also know is that all your Pokémon in your party gain XP from capturing Pokémon, meaning you can still grind from wild Pokémon, but you’ll just have a lot more Pokémon captured. But, like in Pokémon Go this is beneficial as these additional Pokémon can be sent to the Professor rewarding you with candy.

Pokémon Trading was also briefly shown off, which confirmed that local wireless trading was still available, rather than being solely via an internet connection. Finally, a bundle that contains either Pokémon Let’s Go Pikachu or Pokémon Let’s Go Eevee and a Poké Ball Plus controller was also announced.

Just announced at #NintendoE3 – #PokemonLetsGo, Pikachu! + Poké Ball Plus and Pokémon: Let's Go, Eevee! + Poke Ball Plus packs will be available when the games launch on 16/11. pic.twitter.com/BBYUK9ppip