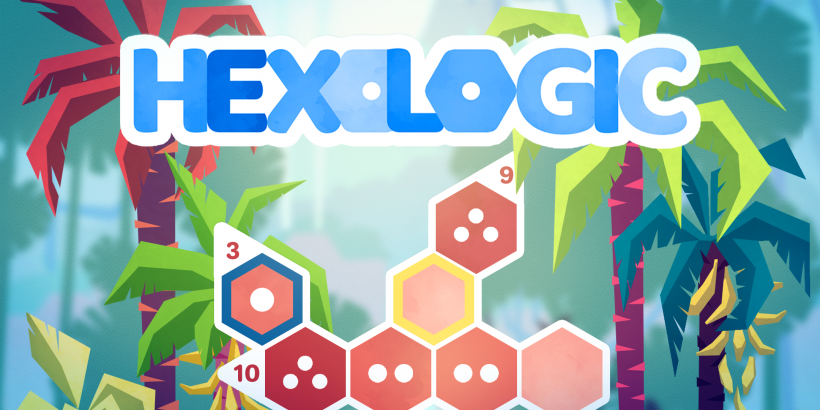 This is a game which has some sleek, colourful visuals that catch your eye when scrolling the eShop, and you get exactly what you expect from a glance, and that’s a really good thing.

Cheap and cheerful in the best way possible, Hexologic is a calming, simple puzzler, perfect for simultaneously relaxing your brain and teasing it with increasing but never frustrating challenge. As seen above, looking at honey-comb like structures on screen, the aim is to align hexagons across the board with their allocated number, with either a one, two or a three, whilst making sure that it doesn’t mess up other perpendicular and connecting hexagons. That description itself was perhaps more convoluted than the entire game’s premise. It’s essentially like a fruity version of Sudoku.

With over sixty levels, there is a fair bit to get on with here, although the addictive nature of watching the grids turn a greenish hue when solving a level helped to breeze through a bunch of levels fairly quickly. There are some different soft mechanics introduced along the way, such as some set-in-stone tiles and multiple split grids which complicate things, and the colourful artwork varies nicely as you ascend, sprucing up what is otherwise a two-dimensional concept. See what I did there? Because we’re talking about two-dimensional shapes? Sorry.

Hexologic is available on mobile platforms, and so similarly makes good use of the touch screen in handheld mode, feeling responsive and satisfying to tap away on, and with low power usage too. The controls are also effectively simple, and it feels equally satisfying on the TV, where you can enjoy the visuals even more.

Contributing to the calming approach that developer MythicOwl takes to Hexologic, challenges, as normal, get increasingly difficult, but never feel overbearing or intimidating to begin. Rather than hitting you in the face with a seemingly impossible head-scratcher, the game encourages you, both in its simplistic design and laissez-faire approach in terms of challenge and time constraint (aside from some side-levels), to take a step back, assess the situation and come to terms with a logical and thus rewarding solution. It’s a really elegant vibe that never gets frustrating, and what they achieve with the gameplay is met by some zen music to boot. Well done guys.

Games like this really highlight the versatility of the Switch’s library, as it has room for both small, mobile-esque titles such as this one and triple-A blockbusters from Nintendo themselves. Hexologic is a basic, soothing puzzle game that’s perfect game for switching your brain off, whilst simultaneously making it work at the same time. I think I’ve been hexed.

Sure, it certainly doesn’t blow socks off or bring anything revolutionary to the table, but it does what it set out to, and it’s less than three pounds. If you fancy a puzzler to play whilst listening to a podcast or watching the football, get it bought. It’s another fun phone game enhanced on Switch.

Hexologic is a simplistic, relaxing puzzler that combines its calm music with some pleasing aesthetics and rewarding design. Whilst this does mean that it can be relatively easy to complete, it’s cheap and makes a nice companion to watching TV or listening to a podcast after a long day. At such a low price point, it’s hard to say no to another mobile game enhanced on the Switch.