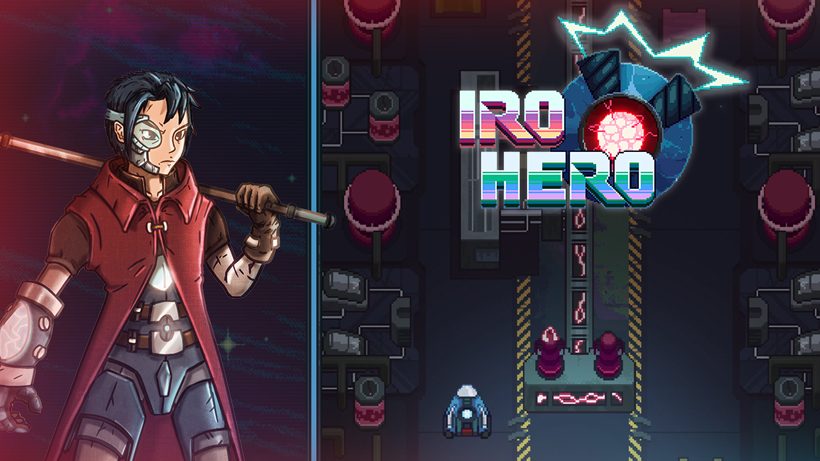 With so many vertical scrolling shooters coming to the Nintendo Switch, it is no surprise to see one come to the console making use of a popular mechanics that sees players need to manage a lot of bullets on screen of two different colours. Enter Iro Hero, a title hoping to take this gameplay feature and give it a fresh spin. Question is, does it work?

Throwing you straight into the action you take control of a ship with the power to switch between blue and red, facing off against countless enemies of the same colours. When your ship matches the colour of an enemy you cannot do damage to them. On the flip side, you don’t take damage from their bullets and rather absorb them to power-up special attacks. This means that you need to pay close attention to the colour of the enemies and the incoming bullets so to ensure you are dealing, absorbing and avoiding damage. 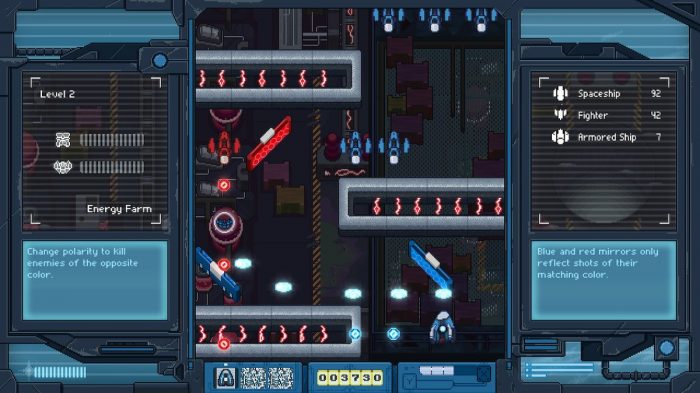 Though the switching system is one that has been used by a number of different shump titles, Iro Hero does use it in an effective way with a good balance of colour placement. The same can be said for the enemies and gameplay twists that the title throws at you. Bounding bullets round corners are utilizing your special attack to clear ways examples of how Iro Hero keeps you on your toes during even the more intense of moments.

Sadly, the same cannot be said for the difficulty within Iro Hero. As a genre, shump’s are known for their hard and challenging gameplay and Iro Hero tries to offer the same experience. Sadly the result is more annoying then it is enjoyable with continued, unfair spikes in the difficulty. Enemy placements can become overwhelming and the behaviour of said enemies is most of the time extremely unforgiving. For example, even in the first level the smaller enemy ships with track the player and it can be very hard to avoid them. With no life pickups available during levels and no checkpoints to be found, a simple mistake can cause a lot of frustration. 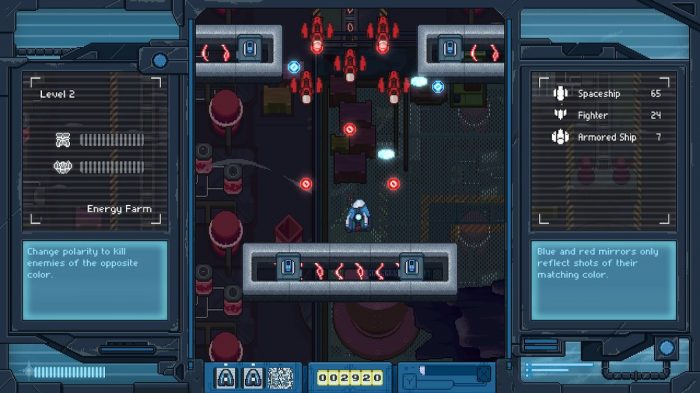 One of the biggest issues Iro Hero has, considering it is a shump title, is that when pausing on the Switch the game continues to run for a few frames between the pause screen before actually stopping. This is a massive oversight from the developers and given how import every frame is in such a title, this can be the downfall to an otherwise solid run. Thankfully though the title holds up elsewhere in terms of performance with a stable framerate and load times both in docked and handheld mode. Just a shame then that there is a delay on the pausing of the action.

The same can be said for the sound and visual design of the title. Sound effects and music fit the look of the title with the pixel art adding a real sense of character to the levels and ships. Character artwork seems a bit out of place but is still to a level of quality that does not take away from the experience as a whole.

Ultimality, Iro Hero is a title that though has a number of good ideas and systems in place suffers heavy for its poor balance of difficulty. It is worth visiting but be ready for a punishing experience.

Iro Hero takes solid idea and does some fun things with it but falls flat due to poor balance and a punishing difficulty.