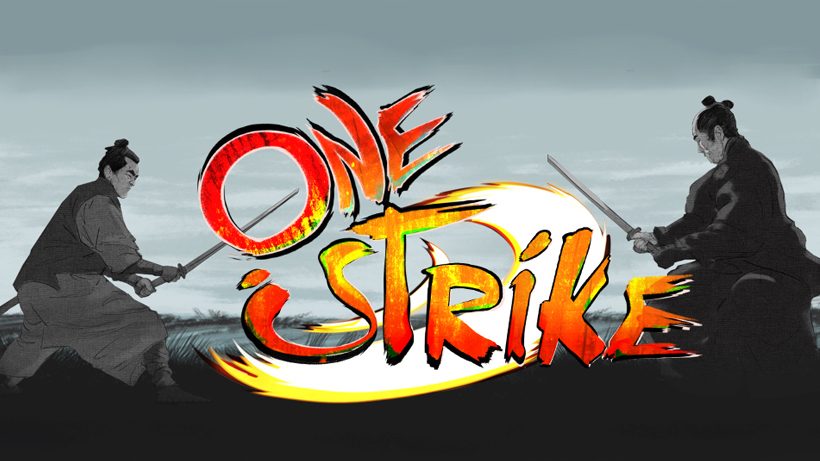 One attack to rule them all.

Sometimes when you are looking for a videogame to play with friends you want one that offers short and snappy action that can be accessible to any player. Titles like One Strike fit this need, offering a compelling gameplay loop that sees players go head-to-head in combat that is over within seconds.

In One Strike players step into the shoes of a medieval Japanese warrior from a selection of six. Each of these makes use of a different weapon and offers a unique play style. From Kenji the honourable samurai and his katana to Tomoe the killer with her sharp Wakizahi. Each of the characters is different that players will find one that sits with them well. Thankfully, controls are easy to pick up and function the same no matter which character you are controlling. Moving from side to side is done with steps or a dash, blocking and attacking are simple button presses and other then small differences in timing on characters. Each battle will only ever require those few inputs in order. 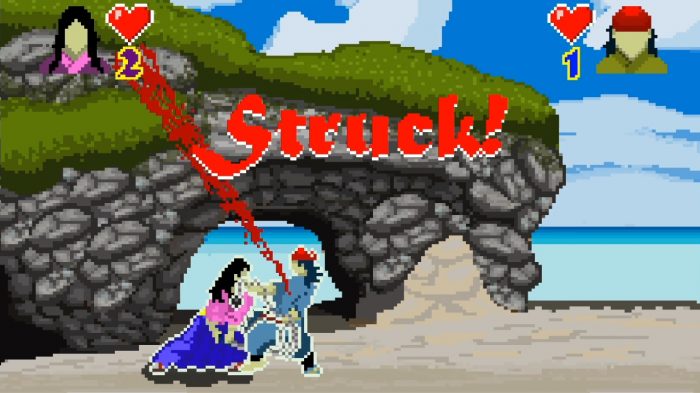 As the title suggests, each player has only one life before they are out of the fight. This means that a single successful hit will end the fight. Carefully reading your opponent is key to succeeding and knowing when to time your block or attack could secure you victory. For longer battles the title has several modes which allow for extra life’s and even tournament play for up to eight players. It’s in multiplayer with friends that the title really shines. You see when playing against the AI there is a limit to how much enjoyment you’ll get from One Strike. With friends however it quickly shines how much potential the gameplay has and shows that this is a fantastic social title which only gets better the more people you bring into the mix.

Let’s talk about the visual and audio side of One Strike. Boosting a pixel art style there is a charm to be found within the look of the characters and animations. When on the character select screen, each is shown with an impressive character portrait which gives a better look at them.  Sadly, the same cannot be said about the backgrounds found through the levels you will fight on. The colours can make it hard to pay attention to the dual and subtle animations on some make this issue worst. They fit the visual style, but some work could be done to make them more fitting to the gameplay, helping to polish the title. 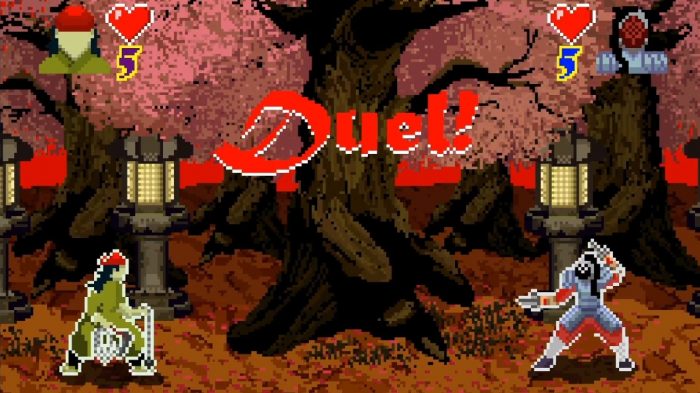 Another issue One Strike suffers from is that though characters are varied enough to feel different all while remaining accessible, they don’t feel balanced. There are one or two characters which have a little bit extra over the others be it in range, speed or mobility. It does not ruin the experience, but it is noticeable.

At the end of the day, One Strike is an interesting title that does offer a solid gameplay experience if you grab some friends and take it in turns to battle it out. As a solo title however, it falls short to offer anymore then a few minutes of enjoyment. Consider it a party or social title and you’ll find a winner here.

One Strike will make a good addition to any gathering of friends but don’t expect much life from it as a solo experience.