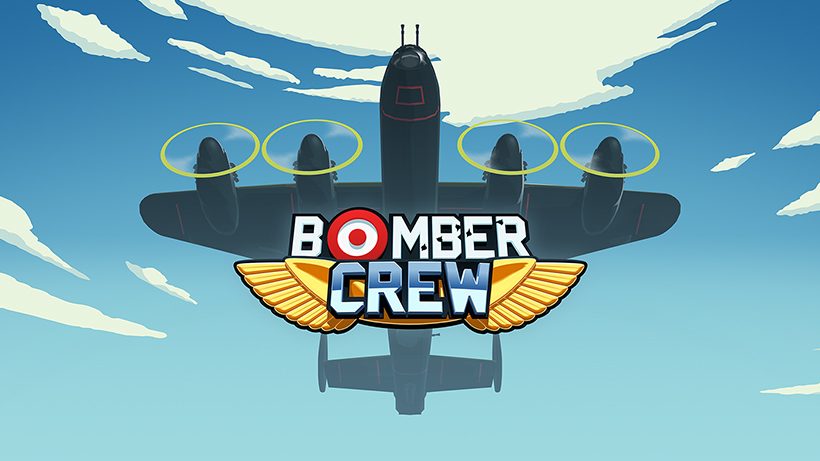 Prepare for a bombing run!

Managing a procedurally-generated crew of a Lancaster bomber in the height of World War II is not an easy task. You might have easy missions which can be completed with minimal damage but other times you are nose diving with no wings while Richard bleeds out in the middle of the aircraft as an enemy ace pilot rips your hull open with a never-ending assault of bullets. In a nutshell, that is Bomber Crew.

Developed by Runner Duck and published by Curve Digital, this title is a strategic simulation video game where you need to pick, train and manage your crew and complete a series of missions to help win the fight. What your crew do, how they train and the gear they take with them into missions is up to you. The same applies for your aircraft, which will need to be maintained and upgraded to improve your chances of successfully completing missions. All these purchases and upgrades require money earned from completing missions. Each mission has a main objective, and sometimes more, along with a bonus for making it back safely. These objectives could include dropping supplies, carrying out bombing runs or even just scanning the area for any threats. There is a wide variety that keeps the action fresh and exciting.

While on missions your crew can complete extra objectives to earn more money – but make sure not to over-stretch. Should a crew member die or your aircraft be destroyed, then you will not only lose those members but will also lose several of your ship’s hard-earned upgrades. You will never be put back to the start or at a huge disadvantage as a result, but failing can cause some issues so to be careful and plan accordingly. 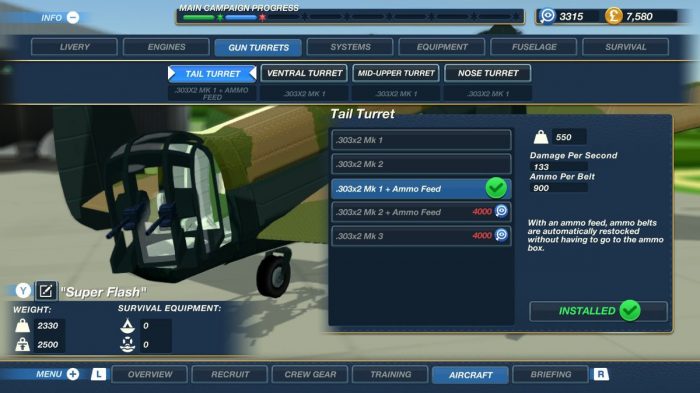 Bomber Crew has a lot to offer with in-depth gameplay systems that offer a unique experience; managing your crew’s positions, fixing the aircraft mid-flight and keeping your guns loaded and ready. It offers a rush that will keep you engaged throughout your playtime. The only real disappointment comes with the somewhat complex controls which require multiple inputs to do actions which really should only need one, and a bit of lag at the base-camp when playing in handheld mode. Though you will get used to the controls, that performance impact does put a big dampener on the handheld experience. It’s not unplayable, but it is annoying.

My only other complaint with the title is the lack of a pause button. You can slow down time for a moment along with speeding it up when in safe areas but have the option to completely pause it would be beneficial. Of course, this would make it less real-time and honestly those moments of panic knowing you only have a brief window to plan your moves is a big draw for the title.

Bomber Crew is a chaotic title that will test your skills to remain calm and think ‘on the fly’. This makes it a highly challenging title that has plenty of replay value options to build your crew and aircraft as you see fit. Other than the performance hit in handheld mode and the somewhat awkward learning curve, the title is a cute, enjoyable and additive title worth checking out for sure.

Bomber Crew is a brilliantly chaotic title that offers a ton of enjoyment. Sadly, the performance issues in handheld mode and the learning curve on the controls mean it falls just short of being an amazing release.