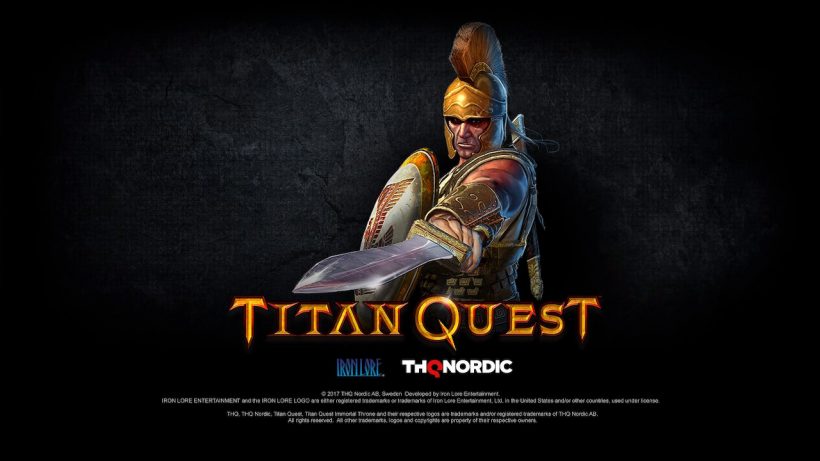 A titanic quest for better loot.

There was quite the talk about a certain diabolic game recently. Well, a game whose main focus lies on a very rewarding action RPG gameplay, in which you slaughter hordes of enemies to become stronger, seems to be a perfect fit to the portable nature of the Switch. You don’t need to wait much more, though, as we already have this kind of experience in the form of Titan Quest.

The original version of Titan Quest was released in 2006, at a moment in which Diablo fans were in a long wait for the third installment of the franchise. With many of the characteristics that made Diablo II such a memorable title, it found a relative success within its niche on PC. Now, with lots of control adjustments to turn this re-release into a proper console game, Titan Quest shows its strengths on Switch, but also the effects of the passage of time. 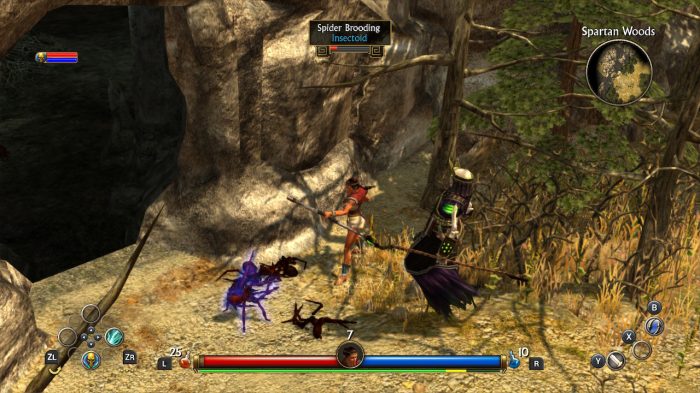 Kill all the mythological creatures, including spiders! (with the help of your skeleton friend).

Set on a mythological Greece, you’re a warrior on a pilgrimage through many famous cities and countries from the antiquity. Along th e way, you must defeat all sorts of monsters, raid some tombs and caves, and complete quests for iconic heroes (most of those involves you killing even more monsters). You probably won’t spend much time caring about the game’s narrative or characters, though. In a blink’s notice, you’ll be sucked by the simple-but-addictive hack n’ slash combat.

In a similar manner to other action RPGs with an isometric perspective, you walk through the map, “clicking” on enemies you want to attack or items you want to collect. In order to make the jump from PC, many changes were made. Now, you control your hero’s movements with the left stick, while the right one allows you to change the zoom of the camera. Once an enemy is in range, it will automatically be highlighted, meaning you can trigger the attack animation by pressing Y. You can also hit them with spells and special skills that are mapped to the directional buttons. To collect the loot they drop, you simply press A to move it to your inventory. 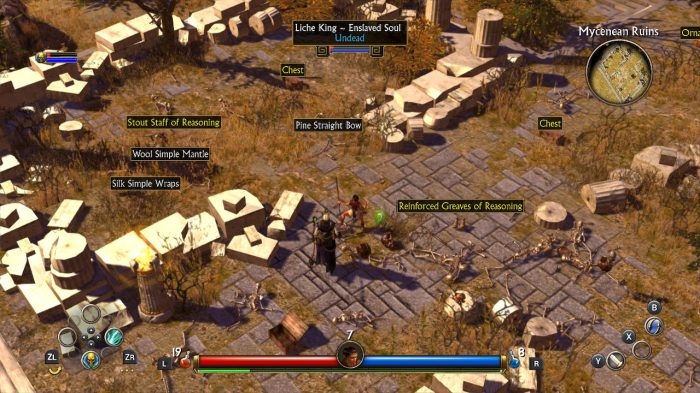 A well-fought battlefield is one with lots of loot.

This works well for the most part, mainly due the addictive loop of Titan Quest, in which you’re constantly getting new levels and better equipment from monsters. Here and there, though, I had some difficulty in combat, when trying to prioritize a certain enemy among the crowd. There is an option to circle between enemies, but it feels less intuitive than it should. The same applies to the skill and inventory management. Here you find some reminiscent of its PC origins, as it feels that there are too many steps to everything.

The whole experience of Titan Quest – addictive gameplay and convoluted UI included – is entirely presented with a graphical style that shows some signs of time but isn’t necessarily bad. You’ll probably play most of the game using a zoomed-out camera setting, so the less refined models and textures won’t be that apparent. This port has some issues where texture takes a bit to load when you enter on certain areas, but it never comes to a point to hinder the major experience.

In the end, Titan Quest has some raw edges when it comes to tech aspects. Even so, it is a very addictive and rewarding experience, especially if you’re in a vintage mood to play a classic hack n’ slash RPG.

Titan Quest falls short when it comes to some technical aspects. Even so, it still manages to deliver a very engaging experience where you won’t notice the time pass while you hack n’ slash your way through enemies searching for better loot.