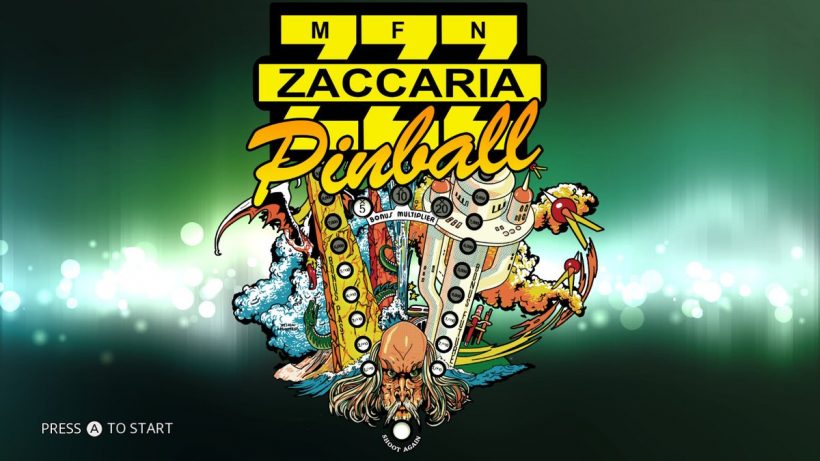 As much customisation as a Pinball game could possibly offer.

Free-to-play pinball title Zaccaria Pinball was always in danger of treading over covered ground given all the pinball sims on the Switch eShop already. We have Stern Pinball Arcade, Pinball FX3, The Pinball Arcade, and even Jurassic Pinball already in the library, which makes for a very congested library of pinball tables in just eighteen months since the console came out.

But Zaccaria Pinball might just be the deepest of them all. You can play on around 75 different tables, of varieties including solid state, electromechanical and retro, and you can fiddle with the rules on each. The variation on the ways that you can play every single table is quite excellent, and trying to set high scores on each slightly different type of game is going to keep players engaged for a considerable amount of time.  The tables are all available from the get-go, but all of them bar the odd one or two have a score limit where you’ll need to drop some cash to have more freedom playing them.

The retro versions of tables mentioned earlier are simplified versions of already existing tables, put together by the developers to up the challenge and make racking up the scores look all the more impressive. The leaderboards for these tables are coupled with their real equivalents, however, so you’re always set by a disadvantage when mounting an assault on the charts here.

There is a story mode and a campaign, both of which set specific pinball tasks you must complete before progressing. You can even fiddle with the room the table is set – change the carpet, the decorations, the weather and the sounds and you can get it as close to possible like feeling you have an actual pinball table in the room with you. It’s a huge number of adjustments possible, and you really won’t know where to start with it.

The best feature, though, is something which tells you you’re doing amazingly well while ramping up the tension at the same time. At the point where you’ve achieved your high score, you’ll see your position on the world leaderboard ranking up in real-time. There’s a real sense of satisfaction in that, and with pinball games as a Nintendo Switch title, no release should come out without that feature. Admittedly, once you reach the higher echelons of the leaderboards, there will be long gaps where you won’t see your rank increase at all, as the ridiculously high scores of those at the top are so much more than those of the chasing pack. But, if that were not the case, there wouldn’t be a satisfactory challenge.

One thing you don’t really want to be considering, though, is forking out for free play of all of the tables available in the game. Most of the tables will set you back £1.79, others are £2.69 and table packs range from £4.69 to £13.49 – it’s going to be a costly business. Admittedly, it won’t cost as much as an actual pinball table, but there’s enough to be getting on with without the need to fill out the entire set. Even the free offerings are entertainment enough for a short time – certainly the recommendation is to try this out for free before plunging in with your cash.

Zaccaria Pinball offers a ton of breadth, but despite its free entry point, trying to amass a complete collection of everything that’s on offer is going to be really expensive stuff, and we can’t justify recommending that.