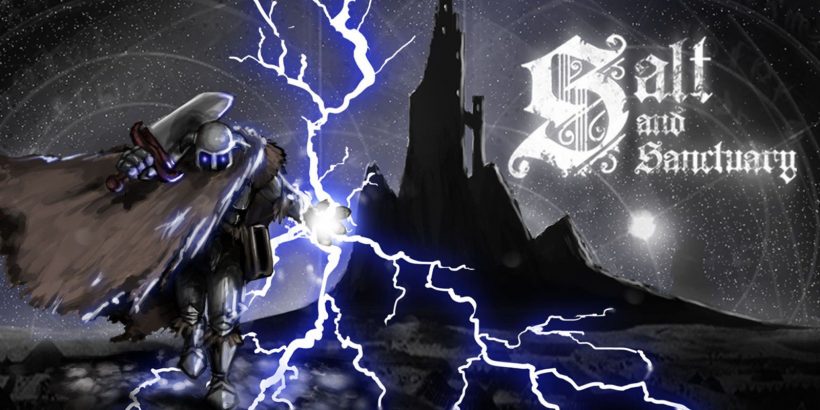 Set in a world seemingly devoid of both light and life, Salt and Sanctuary is a side-scroller with arcade-like combat. Peel away those surface layers and it soon reveals itself to be a deceptively deep Souls-like romp through copious uninviting landscapes, all of which have it in for you. As each hour progresses, you’ll find your initial impressions a distant memory and, instead, you’ll find a game that consistently defies expectations and somehow manages to be all the better for it.

Defying expectations is one of Salt and Sanctuary’s greatest feats, too. Drawing clear inspiration from From Software’s Dark Souls series, Ska Studio’s recent port of their 2016 indie darling feels right at home on the Switch – as most titles do – with a few small caveats, such as the fondness for aesthetically dark environments that don’t always play well with the oft-reflective Switch screen; fortunately this isn’t as bad on the TV. The surroundings vary significantly while retaining similar motifs, such as grandiose, yet dilapidated, castles, and old and beaten villages.

While it’s not necessarily out of the ordinary, the manner in which these are presented proudly skew what you might expect. The graphical style is, for lack of a better phrase, rough around the edges. Its deliberate, comic-esque appearance initially feels at odds with the game itself, especially so when you consider the apparent inspiration. It would usually juxtapose the gameplay, but the purposeful use of the aforementioned settings and masterfully-executed sound design present an atmospheric, oddly-endearing world that looks and feels real.

The way in which your character interacts with the inhabitants, both good and evil, is the metaphorical glue that keeps this dreary adventure together. Deliberate movements help you traverse the areas that you find yourself in, and precise combat means that each encounter is enjoyable. You’ll start off having chosen a particular class – Mage, for me, once I had grown tired of the Paladin’s moveset – and this grants you set abilities, weapons, and a corresponding armour set. With fast and heavy attacks at your disposal, you soon get to grips with what your character can, and more importantly, can’t achieve, and with each victory or death a currency called Salt will be earned or lost respectively.

This Salt is used at the titular Sanctuaries to level your character up. Doing so will grant you Black Pearls, and these are used to progress your way through the dauntingly expansive skill tree, the size of which would make most JRPGs quiver. The breadth of upgrades is indeed vast, but being able to hone in on your desired play-style is ideally the path best taken; unlocking everything is not feasible, and the game does little to hold your hand through your adventure, opting to let you learn for yourself. With this in mind, the option to re-spec is available at any point, and this allows you to liberally mix and match your play-style based on what is required for the next area – or enemy – you may encounter.

Salt and Sanctuary unashamedly pulls inspiration from some of the last-gen’s greatest games, and if it simply stopped there then we’d most definitely be looking at something not worth visiting. It continues to surprise and excite,  though, as Ska Studios manage to go above and beyond, happily moulding chaotic conventions to their heart’s content.

Salt and Sanctuary not only manages to encapsulate the games in which it took liberal inspiration from, but then confidently build upon them, ensuring a complete, unique package that demands your attention at all times.