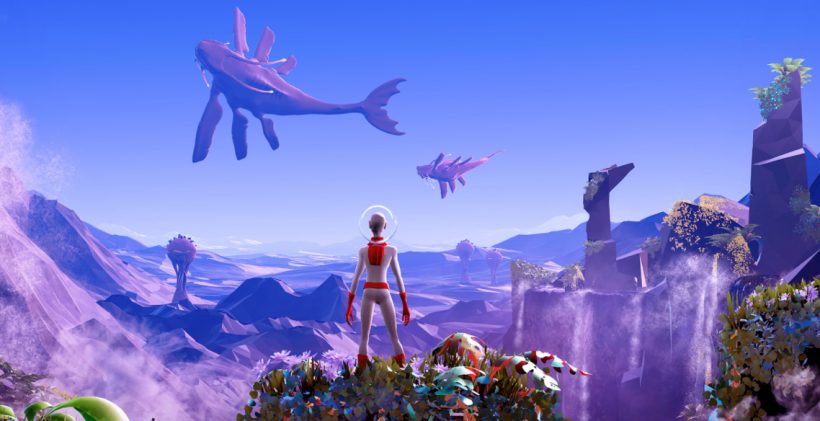 Where no man has gone before

There are moments of tranquility sprinkled throughout Planet Alpha unlike any other. Far from the brash spectacle and thrills other games that place you slap bang in the heart of an alien world would unceremoniously shove in front of your face, this is a 2D puzzle-platformer that asks you to sit back, breathe, and enjoy. That’s not to say it isn’t exciting. Oh no. What Planet Alpha may lack in graphical prowess it more than makes up for in its serene sense of atmosphere, colourful world, and visual depth.

Planet Alpha places you in the role of an unnamed traveller, no doubt full of excitement at the thought of getting to traverse strange new landscapes – even if the initial landing was a bit bumpy. After eventually finding your feet and brushing yourself off, your only goal is to continue to see what otherworldly mysteries await you. If the story element sounds rather ‘floaty’ and vague, it’s because this is intentional. Much like PlayDead’s breakout hit Inside, Planet Alpha’s narrative is one best taken as it comes, thus being the reason why individual moments feel wider than the resulting whole. 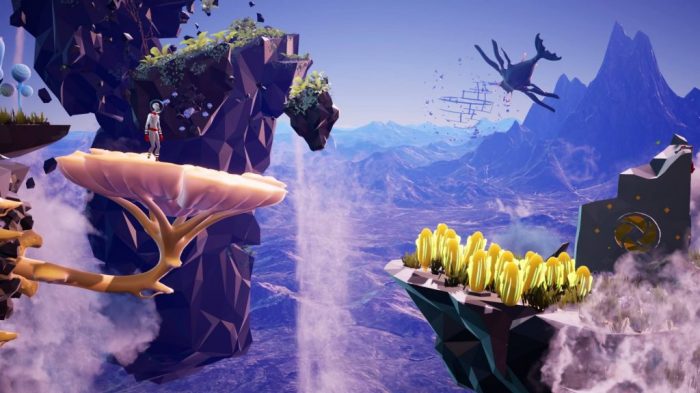 A lot of your time in Planet Alpha is spent wandering, true to the sophisticated ideologies held by ‘50s space pioneers. It’s when the game strays away from this ‘2D walking simulator’ schtick it initially evokes that the sheen starts to come off slightly. While traversing environments you’ll bump up against obstacles, untameable hostile creatures, and eventually a robot army who seem to be terraforming the planet’s natural beauty. In moments like this you’re unable to enjoy the vibrant flora, fauna, and wildlife Planet Alpha Team has created for you, no, instead needing to stealth your way through or smartly discern how to dispatch them in true puzzle-like fashion.

While these sections can be fun and enjoyable when telegraphed well enough, Planet Alpha seems intent, at points, to have you wrestle with it. There you’ll be minding your own business, taking in the joys around you, until you become locked in this back-and-forth battle of trial and error, attempting to manoeuvre around enemies the one way Planet Alpha has dictated you must. Do you sneak by and wait for the enemy forces to pass? Or do you run back to the big rock you passed, push it with you, then drop it on their mechanical heads? Areas like this don’t go so far as to outright ruin Planet Alpha in its more forgiving parts, but It does blemish what is an optimistic game that would have otherwise been barrier-free. 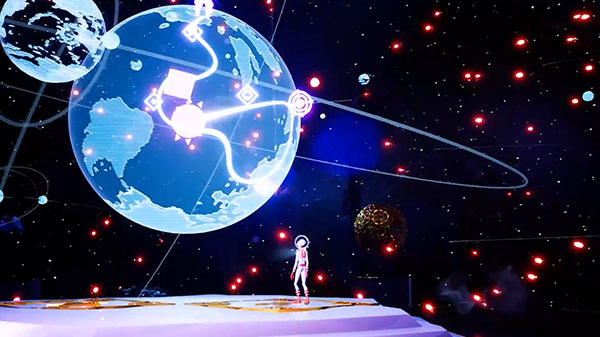 In the moments where Planet Alpha does give you a fair chance of solving puzzles and encounters next to first time, it feels amazing. While remaining a stranger in a foreign land, it feels good to shift the day/night cycle, jump from tree to tree, and generally discover what looks around the corner. Locations of the planet, while linear, are always distinct from the last. A particular highlight are the darkened underground caverns only illuminating by the fluorescent alien eggs. They’ll crack, though. Make sure you’re long gone before they do.

In the end Planet Alpha has turned out to be one of the most surprising indie titles to release on Switch this year. While it might not be confident enough to rid itself completely of challenge and sometimes suffers for it, all this doesn’t detract from a game that ticks all the boxes in terms of making you feel like you’re hearing, exploring, and discovering an unknown alien world.