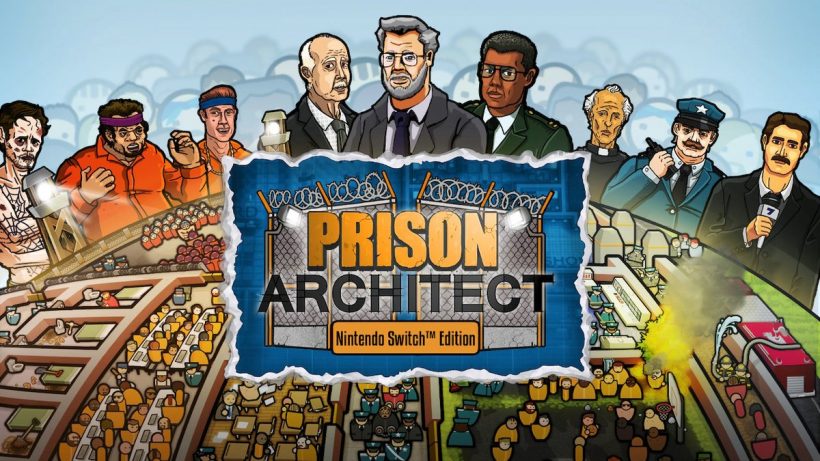 Jail is the life for me.

That’s exactly what’s on offer in Prison Architect. Much like any good constructor-type game, Prison Architect has its feature mode put everything as a responsibility of the player.

You’ll be guided along with an adviser presenting you with objectives – build a common room for prisoners to chill out in, or hire more chefs in order to service your ever-growing number of prisoners. But there’s nobody there holding your hand and laboriously telling you what to do every step of the way – you’re pretty much free to spend your budget as you please. Money comes in as you accept prisoners, but to start you’ll need to have an office space set up for the warden, as well as facilities for them to eat and sleep before they arrive. Prisoners are split into their level of risk – accepting the more maximum-security prisoners is going to yield the biggest cash injections, but it’ll also up the strain on the staff as they attempt to prevent them from engaging in any wrong-doing within the prison walls.

It’s all about taking your time. It’s all very well splurging all your funds on several common rooms, rivers and recreation areas, but the money will soon run out. What you’ll need to do is to ensure you have as many of the most basic cells available and functioning to ensure a seamless arrival for the new prisoners. Space is of the essence too, as it’s not infinite. You might like to have pretty and wide corridors between blocks of the prison complex, but you’re better off grouping them all tightly together to ensure you can host as many prisoners as possible. The option is there to produce “quick-rooms”, which have a set shape and will be furnished automatically by the building workers after being selected. But you might be able to make better use of the room you have available to you be designing out the building yourself, and step by step putting in the foundations and later the furniture yourself.

You’re also in charge of recruiting staff members, from chefs to janitors, who will clear up the rooms which all quickly become messy. As part of the prison policy options, you can assign certain members of staff, particularly guards, to protect and patrol particular areas. In instances of riots or fires, you can call in the riot squad or a fire engine, and in Command and Conquer / Battalion Wars fashion, and you can drag a highlighting square around servicemen, then click a point in the prison that you want to send them to.

Aside from this, you’re also in charge of laying down the electrics and water piping across the complex (fortunately you can still do this after buildings have been constructed), as well as organising the prisoners’ day between lock-in time, shower, food, working and more. You can also recruit senior staff to unlock more possibilities, from taking out bank loans to having more specially trained riot prevention staff located permanently on-site.

All of the information on how to do this is imposed on you in a pretty rapid info-dump in the tutorial, and it certainly is difficult to retain it all. Fortunately, you can quickly shift between four different speeds of time progression. Patience is heavily advisable, though, as anything can happen which might require your attention elsewhere while you’re racing through time. There are some problems, though – if you have rooms like the holding room getting overcrowded with new prisoners, opening a second room doesn’t mean that the surplus prisoners are sent to the new room. It’s not explained in the tutorial, and it’s a nasty shock when you’ve just splurged your budget on a costly large-sized room.

If you don’t want to put in the hours in building your prison from the ground up, you can also choose from some existing prisons in Prison Warden mode to jump into the game in full flow.

What I certainly wasn’t expecting was for the game to deliver such a powerful message on morality, both within prisons and in terms of a general outlook on life too. Having to keep charge of the welfare of not only the prison guards, staff, executives and workers, you also need to ensure the wellness of the prisoners themselves – keeping them fed, giving them a place to sleep, shower, and workout, as well as being on top of their food, any conflicts between prisoners and each other or between prisoners and the guards and of course, the inevitable attempt at the escapes from the most notorious prisoners.

The presentation of the main view is quite simplistic, though there are some hand-drawn art images which can be found by meeting certain conditions in your prison management. But despite how generic each individual prisoner appears, each of them is given a back story which injects life into them – you’ll know why they’re in prison, how they’re feeling about prison life, their likelihood to re-offend and more. But there are certain scenarios delivered in the tutorials which really strike home and make you think. The first is about a man on death row. The tutorial has you construct the execution building, complete with a side cell and the electrics, but it reveals that the man, a convicted double-murderer, in fact shows incredible remorse. He is also deeply religious, seeking solace in a priest, who argues with prison officials that if he had committed his crime miles north he would instead be condemned to life in prison, rather than capital punishment. The game has the man come across so desolate, explaining that his crime was one of passion, and that’s down to excellent writing on behalf of the developers.

The game is so deep, you actually contribute the failure which leads to prisoner unhappiness and more yourself, due to simply being overawed by all the things you have to do. That’s pretty clever – the game always has you thinking you can iron out the creases, but in reality the game’s challenge will always be self-created by the player.

Prison Architect is a deep and complex micro-management sim that pays off for putting in the hours. It may be an expensive eShop only title, but it’s great fun – do check it out.