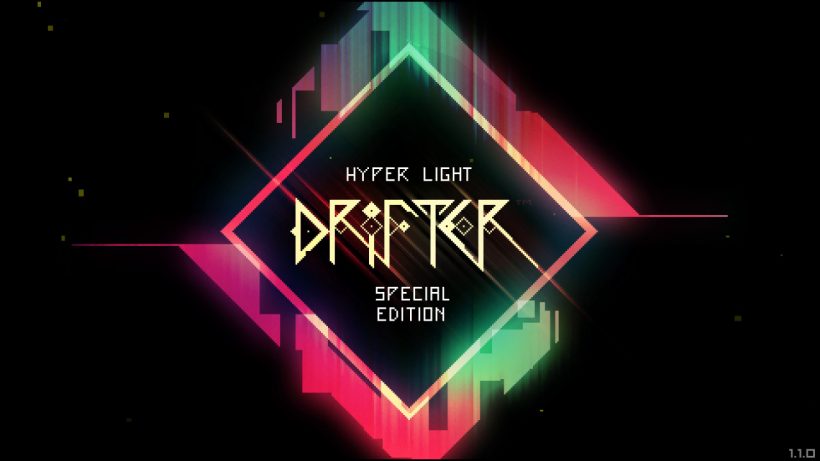 Originally released back in 2016, Heart Machine’s Hyper Light Drifter was met with critical acclaim. Much to the disappointment of Nintendo fans, however, the game was unceremoniously cancelled for the Wii U following technical issues and health concerns for director Alex Preston. Now, two years later, Hyper Light Drifter: Special Edition has skipped right over the Wii U and finally released on Nintendo’s hybrid console, the Nintendo Switch. What a game it is, too. Beautiful visuals and engaging, difficult combat combine to create a wonderful experience that fans of retro games will relish.

Taking direct inspiration from the SNES era, Hyper Light Drifter is deliberately vague in its presentation, with no spoken dialogue to guide you along your path. Instead, you’re thrust into a dangerous (albeit mesmerising) world with barely any sense of what you’re supposed to do. But that’s actually part of its appeal – there’s a keen sense right from the start that you can go pretty much anywhere, so long as you’re skilled enough to take on the game’s many lethal inhabitants. Think of it as a cross between A Link to the Past and Breath of the Wild, if you like.

You play as the Drifter, a character wielding a sweet energy sword and, at a very early point in the game, a handgun. The combat itself is refreshingly simple – you attack with the Y button, dash out of the way of incoming attacks with B and fire your gun with ZR. The gun has a limited number of bullets, but you can easily replenish these by attacking enemies with your energy sword. Your foes are no push-overs, though – very quickly you’ll be facing against fearsome ice giants, agile ninjas and many more who will undoubtedly kill you multiple times, particularly if you’re new to the game. Even the smaller creatures can prove difficult should they gang up on you.

Much like combat, the mere act of traversal is more difficult than you might expect in Hyper Light Drifter. At frequent intervals, you’ll come across a series of platforms hovering across deadly pits, and you’ll need to make use of your dash ability to cross them safely. Not only that, but the game will often throw other obstacles in your path at the same time, like sharp crystals that shoot out from the ground if you step foot on them. Everything in this game is designed to kill you, but you’ll have little trouble if you simply remember to exercise patience.

Graphically, Hyper Light Drifter is a real treat. The pixellated characters and environments are nothing particularly special on their own, but the use of neon colours in every area brings the game to life. Bright pink trees stand out beautifully, and cyan coloured water cascading down the side of a cliff looks breathtaking. I often found myself stopping mid stride to simply take in the visuals – it’s gorgeous.

Similarly, the sound design is really strong. The music is composed by Disasterpiece (whose work you may have previously heard in the hit game Fez) and the soothing ambient tracks lend a real ethereal tone to the game as a whole. It’s rare that a game so punishing can simultaneously feel so relaxing. Paired together with the striking visuals, it all comes together to create an unforgettable experience.

With stunning visuals and music, Hyper Light Drifter: Special Edition is a delight to play – even if it means overcoming overwhelming odds.