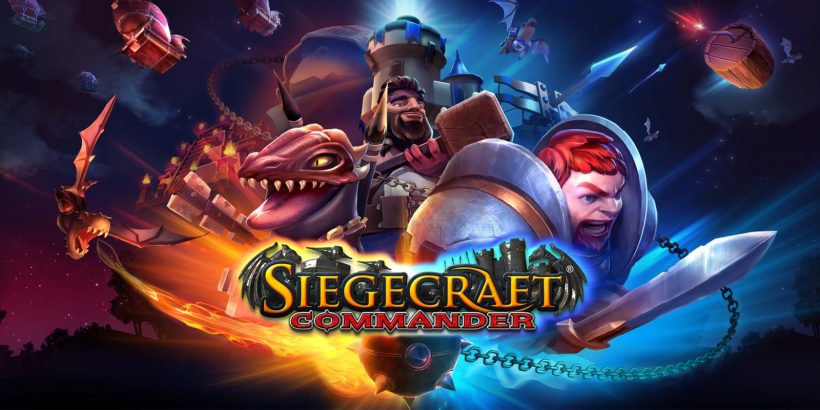 The RTS genre by in large is one that is largely uninviting. Deep and complex, often archaic in design, menus lay before you, and seemingly build up a vast wall that only the most dedicated dare climb. Siegecraft Commander doesn’t quite knock those walls down but instead opts to make them that bit less daunting whilst also offering various metaphorical ladders to help you scale the surmountable task at hand. The design philosophy seems to be one of accessibility, but a sense of depth is certainly present for those that look hard enough. Rough controls juxtapose the rest of the experience, however, and as such can quite often making the method of controlling your fortifications more hassle than it’s worth.

The entry point for many within Siegecraft Commander will be the campaign mode, of which there are two separate campaigns to choose from. The campaigns don’t manage to differ drastically enough to be of any consequence, bar the choice of units and buildings to deploy, and both follow the same structure with little variation. Starting with your base of operations, you launch a range of pods that spawn selected fortresses at chosen locations, building connected walls that, in the latter moments of campaigns, resemble intricate webs of destruction. Certain rules follow the formation of further fortifications, such as walls not being able to overlap. To this point, positioning is – for the most part – your number one priority when starting off. Should the angle of the walls to two separate units be too acute, you won’t be able to build anything successfully in between due to the wall not being able to fit. The game doesn’t inform you of this through graphical queues and will, therefore, be something to judge for yourself.

The aforementioned low entry point can much be attributed to the many Tower Defense genre inspirations that lay throughout your adventures. As you build your structures throughout Seigecraft’s copious landscapes, each come to life almost immediately and begin carrying out their designated task. Barracks start producing knights that, should an enemy unit get to close to them, attack on sight, whilst Mortars scan from left to right, looking to see if enemy buildings or units are within a certain range; if so, they fire. The overly simplistic nature of the various constructions mechanics makes way to unique strategic decisions, such as by placing your units in a specific shape you’re awarded stat bonuses to your troops. Oft-awkward controls can make the experience cumbersome, though, which lessons the gains made by implementing a low barrier of entry gameplay hook. Operational and camera controls feel at odds with one another, and whilst you do get used to it, it’s not to say that the level of discomfort first experienced is ever forgiven.

Multiplayer is where most of the enjoyment is to be had, and with two separate modes – Real-Time and Turn-based – there’s something for those that are accustomed to RTS’ and newcomers alike. It never varies enough to be a fully fleshed out experience, but it’s sure to entertain, if only for a brief while. With elements of Siegecraft Commander as a whole feeling at odds with each other, it’s difficult to fully recommend. Whilst the main gameplay hook is both accessible and enjoyable, content feels light on the ground and clumsy controls are found throughout.

Siegecraft Commander is a colourful, easily accessible take on the RTS genre that beautifully blends elements of Tower Defence titles. Unfortunately, variations in matches are few and far between, and awkward controls juxtapose the easily accessible nature that Blowfish Studios have managed to accomplish.