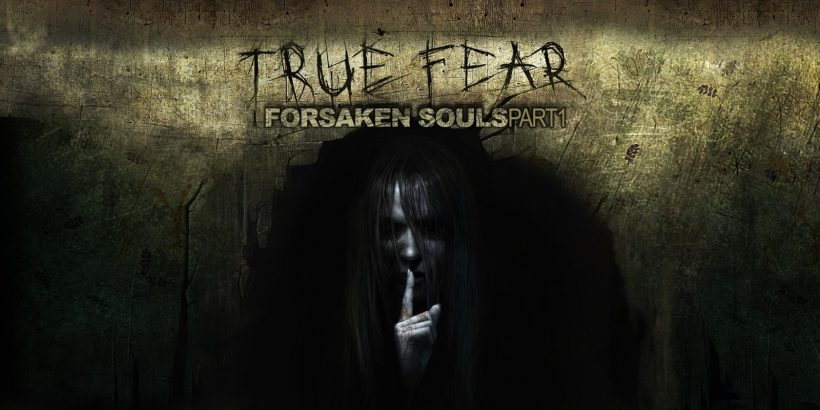 That’s where True Fear: Forsaken Souls steps into the fold. The first in a three-part series, this is a point and click narrative which ploughs straight through as many horror tropes and clichés as is possible with largely stationary images. The visuals are pretty (at least, in a horror game sort of way) and hand-drawn, and these static shots are broken up with animated cut-scenes.

Yes, we love seeing all these scary, Halloweeny things at this time of year. From eerie graveyards to old, abandoned, creaky wooden houses, we always expect them to be present in this sort of game, and indeed they are, but in this instance the story is so heavily reliant on them that the twists in the plot are pretty much telegraphed. This has an effect on the narrative’s attempts at jump scares in the animated bits, but due to being able to closely predict the story for the most part, the effect of these jump-scares doesn’t really hit the mark enough. This will take you a few hours to complete; it’s certainly not the shortest of point and click stories, but with two more games on the way, it’s probably the right length.

Controls-wise, they’re slightly better than recent point-and-click Enigmatis 2 – you can use the left Joy-Con’s directional buttons to move between the scenes, and there’s less of the clicking every single point on the screen in the hope of finding something that you might have missed. The overall concept is very similar, however – you encounter a puzzle, then a few minutes later you’ll locate an item, like a screwdriver or a knife, which will help you solve that puzzle, and then you’ll move onto the next. You can cycle through your item inventory using the L and R buttons before selecting them with the X button, which is again more useful than Enigmatis’ dragging mechanic.

There are a few one-off different puzzles to mix up the formula a bit, from a colour-by-numbers section where you have to paint by memory rather than numbers (though this requires a bit of squinting due to being so small, particularly on the handheld screen) to tile-sliding puzzles.

While the hand-drawn visuals are certainly more than welcome, the audio leaves a little to be desired. It’s largely made up of repeated sound-effects, with emphasis on the repetition. Yes, they’re designed to be unnerving, but when they happen so often, it saps their effect. The animated cut-scenes do feature voice acting, which is well done and does contribute to the game’s atmosphere in the way that the sound effects should have done.

If you’re looking for a Halloween title, True Fear isn’t going to set you back a ton of cash. It would be beneficial to be able to review all of the games in the series and then recap, but as far as Halloween 2018 goes, this might be the right time for you to buy this. Just bear in mind it’s likely to come down in price after the big event.

True Fear is a fun Halloween spook adventure – though it arguably should be scarier than it is. It’s more about the puzzles than the scares, so bear that in mind when diving in.