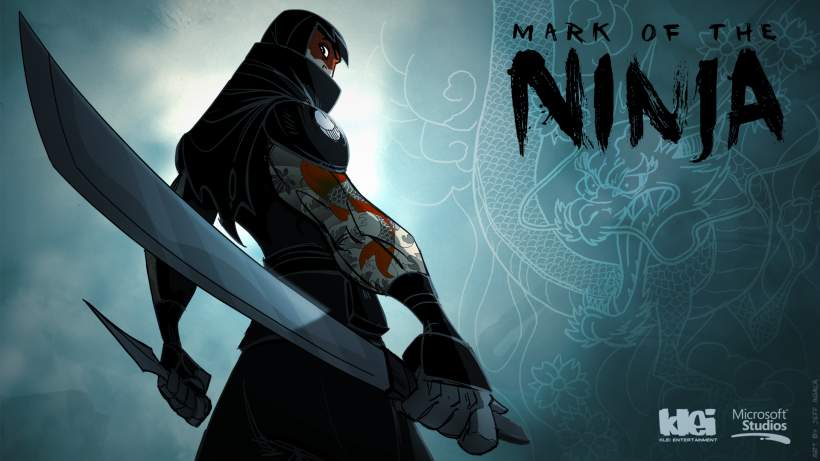 Arguably the most important factor of the stealth genre is allowing the player to feel they are both outsmarting each enemy that appears before them, all whilst feeling a bonafide badass. Very few games live in the upper echelon on the stealth world with the competency that, for me, Metal Gear Solid and Tenchu manage to achieve, but Mark of the Ninja: Remastered sits confidently aside them as one of the greats.

Being able to achieve this lofty task is no small feat. Considering the more restrictive 2D look that Klei Entertainment used, the masterful execution of the core gameplay loop – working out the optimal way to overcoming a challenge, followed by precisely operating your plan to perfection – is one that sinks into you and never lets go. Whether you opt for a stealth approach or go ninja stars blazing, that’s left to you; either path is viable at all times, and whilst one may be easier than the other in given situations, both feel just as good in the end. Visual aids of audio cues smartly penetrate the sturdy foundation laid out, and mitigate any need for audio to be enabled, a common necessity in others of the stealth genre.

The story is interesting, but never carries the weight that other in the same category manage to achieve. This isn’t to say it’s not interesting, though; through the use of gorgeous animated cut-scenes, the story is entertaining to watch but never quite engaging. It never evolves past its opening scenes, and the ending leaves a lot to be desired.But it’s never the driving force behind your actions, so it’s easy to both forgive and forget.

Whilst the gameplay isn’t easy by any means, added difficulty can be found throughout the levels’ additional optional challenges. These can range from the tried and tested “complete without being seen” to the more bespoke “interact with an object” varying from level to level. The rewards gained from obtaining a high score and completing said optional extras are in the form of medals, a redeemable currency that grants perks when exchanged. These can range from additional stealth-kill options to granting useful items that provide a unique spin on the gameplay formula, with my personal favourite being a Metal Gear Solid-inspired cardboard box.

For all that shines within Mark of the Ninja, there are a few minor blemishes that linger in the shadows. For all the beautiful and gory animations found throughout, I was always left feeling that the variation between them was few and far between. The game also feels more at home docked, where the reflective screen of the Switch coupled with the dark environments make being mindful of your environment harder than it needs to be. Raising the gamma does alleviate this issue slightly, however. Whilst relatively minor grievances, they’re grievances all the same.

Mark of the Ninja: Remastered beautifully blends tight gameplay and bewitching visuals to produce the best 2D game in its ilk. In a year of stellar releases on the Nintendo Switch, it speaks volumes to say that this is a must-have, and you won’t regret the experience that Klei Entertainment gracefully present to you.

Mark of the Ninja: Remastered

Beautifully animated and a dream to play, Mark of the Ninja: Remastered rightfully stands next to the greats of the stealth genre. Intelligent design choices build the foundation to what is one of this generations best releases, let alone remasters.