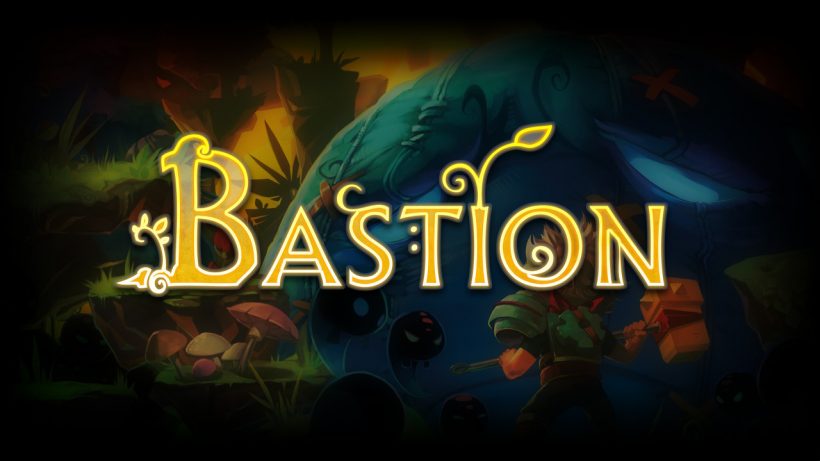 No, not that Bastion.

Bastion is an action RPG set in a dystopian world that is slowly crumbling away thanks to an event called ‘The Calamity’. You play as a young boy who’s led on a journey by a mysterious narrator, all to restore a machine called ‘The Bastion’. Along the way you come across people like you, survivors, who are doing their best to live in a harsh world.

Bastion is the very first title from Supergiant Games, and one of their best. From the get-go, you are pulled into a story where you not only don’t have all the answers, but get a rampant desire to look in every nook and cranny to find them.

Each level provides something different; a new enemy, a new challenge, a new weapon and a new part of the puzzle that will help complete the Bastion. If you’re worried about getting bored, then don’t be. You’re forever pushed to the limit, and with the level of variety you encounter, you’re simply never allowed to stagnate. Whether that is exploring, playing mini-games to get better gear or speaking with other survivors, there is always something to do.

As you progress, the enemies you encounter will get more difficult – the perfect indicator that you’ll need to upgrade your arsenal. What’s more, the game doesn’t punish you for what weapons you choose either. Each weapon in Bastion is a solid pick – so take your time in choosing the loadout that’s best for you. Of course, if you complete the game and you feel like you’ve not had enough time to experience everything the weapons have on offer, New Game Plus fixes that.

But what makes Bastion stand out from the crowd is how its story, music, and gameplay blends together. Supergiant Games’ music has always been good, but with Bastion and its story, it is downright haunting. There’s nothing more thrilling than fighting through the scraps of a destroyed civilisation, uncovering terrifying truths and having a whimsical, heart-wrenching song in the background. It’s rare for games to make the player cry and feel as though they’ve learned something about humanity. Bastion does that and more.

There are just two complaints. After playing games like Pyre and Transistor, character interaction in Bastion is rather limited and usually revolves around you finding a certain item each level. While it gets you to talk to other survivors, the conversation feels more like world-building than an actual relationship. Because of that, conversations often feel static.

The second is that the decision making feels like it has been tacked on late-on. Decision making in RPGs is to be expected, but Bastion’s implementation of it is so sloppy that I didn’t feel connected when making the decision. If I’d had the option to decide which route I’d go down earlier on in the game, I’d have felt as though my decision would have mattered more.

Nonetheless, Bastion is a game that feels as though it was made to be played on the Switch. It has everything that makes up a great game but goes an extra step further to give you an emotional, exhilarating experience that makes it an essential.

Bastion is a thrilling action RPG. Supergiant Games’ fans will love it, but it’s definitely for those who want a story with incredible music, fascinating characters and incredible gameplay.