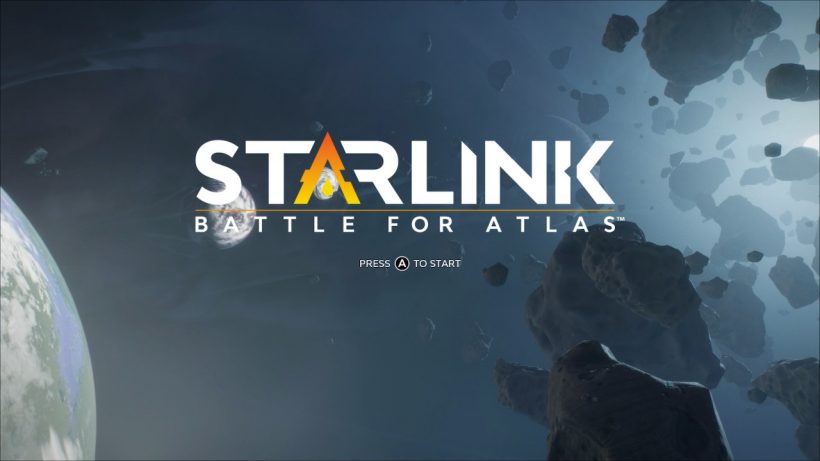 It’s fair to say that Starlink: Battle for Atlas has a fair amount of pressure riding on it. Not only is the title attempting to revive the flagging toys-to-life genre – which has seen the bigger guns seemingly withdraw from the space, or, in Nintendo’s case, reduce the number released – but it also marks the second time that Ubisoft has been handed the keys to an iconic Nintendo IP.

If you’ve been paying attention pre-release, you’ll have noted that although Starlink: Battle for Atlas is a multiplatform release, the Nintendo Switch version is home to some exclusive content, in the form of Fox McCloud and his Star Fox buddies. My biggest concern for the title was always whether adding in the team would be detrimental to the overall experience; having him there for the sake of it. But, oh my, it works. 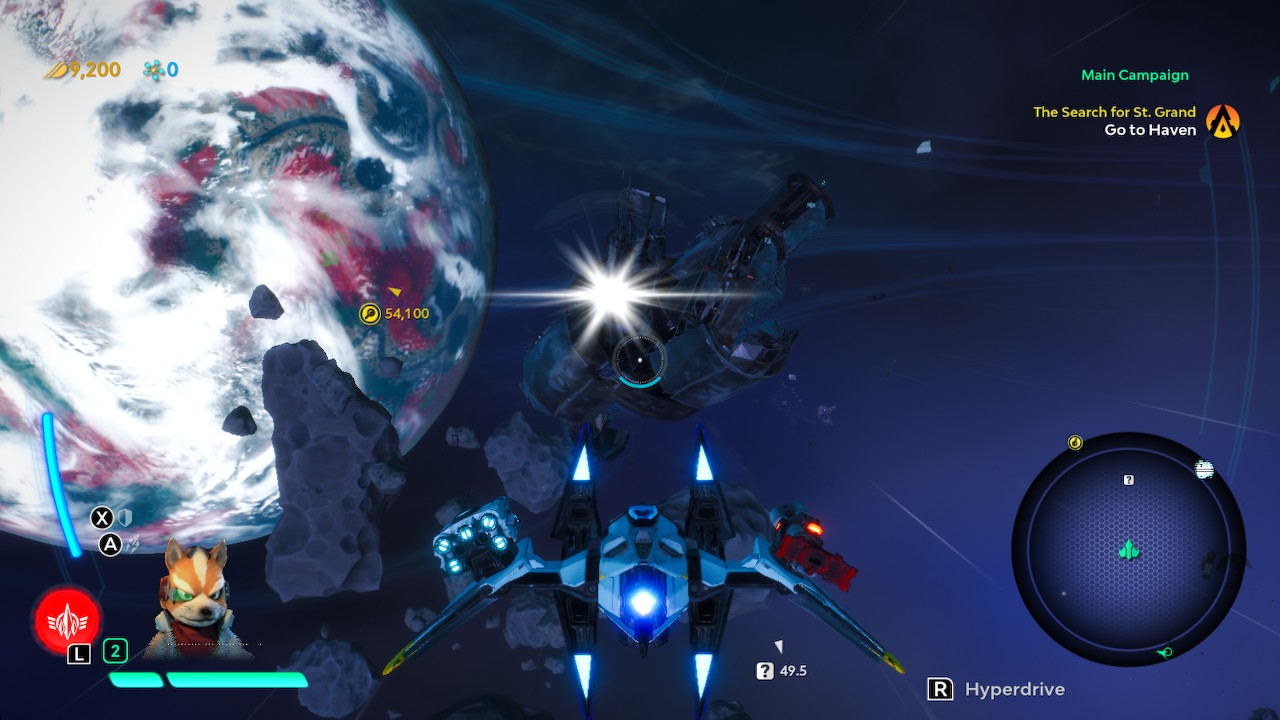 I’ll get to all of that toy stuff later, and I’ll kick this off from the top. A bunch of misfits on a spaceship called The Equinox are attacked and one of their own is captured by the nefarious Grax and his “Legion”, for their own end. The remainder of the team, a clichéd group of misunderstood characters have to work together in order to first rescue their father figure and then stop the resurgent enemy force from taking control of Atlas, the vast solar system in play. As you explore a variety of alien landscapes, you’ll be defending them from enemy attacks, setting up bases to cultivate resources, money and modifications for your vessel/weapons as well as tackling the legion forces head-on, including the impressive Prime units which will take a huge amount of skill to defeat.

The game also features a few puzzles too, imaginatively presented platforming sections (whilst still in your spacecraft) and a huge amount of exploring if you feel that the pressure of the storyline isn’t that important with a huge variety of flora and fauna in abundance, with the planetary inhabitants (mostly Dinosaur types) available for researching. The scope and scale of the game is very impressive, and it all looks rather stunning on the Switch. 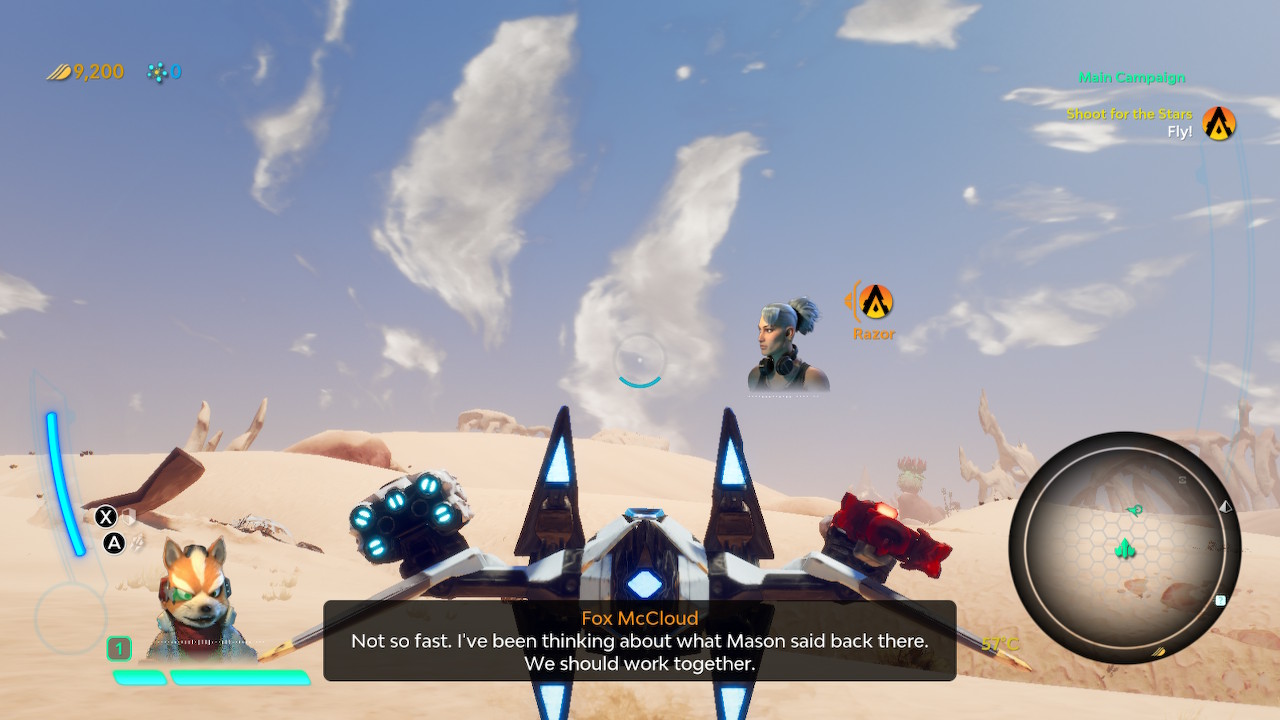 As you crush your foes, you’ll accrue experience points and earn/unlock modifications for any ships you have, or weapons in order to enhance their effectiveness and, to this end, there is a huge array of options available to suit your needs. Each pilot also has a development tree which unlocks a range of differing abilities. All of this will make you more effective as the games’ difficulty ramps up and presents you with more challenges. It’s all a huge amount of fun.

The presentation of Starlink: Battle for Atlas is brilliant, the setting works incredibly well and the music is eerie, atmospheric and suits the whole experience. Travelling from planet to space and back again is incredible, and almost seamless – I’m told that it’s a lot like No Man’s Sky, although it would be This Man’s Lie if I said that myself, having not played Hello Games’ renowned space epic.

Of course, one of the more obvious elements of Starlink: Battle For Atlas
is that it attempts to rejuvenate that toys-to-life space, with a rather unique take on the genre. The physical release comes with a custom Joy-Con grip upon which a pilot, ship and weapon (or two) is equipped, and many more are available to purchase beyond those that come in the default package. The Nintendo Switch version is unique among the three releases in that it comes with an Arwing and Fox McCloud – as well as some exclusive missions entered around Fox’s long-time adversary, Wolf O’Donnell. These missions are a welcome distraction from the main helping and, truth be told, left me wanting so much more… 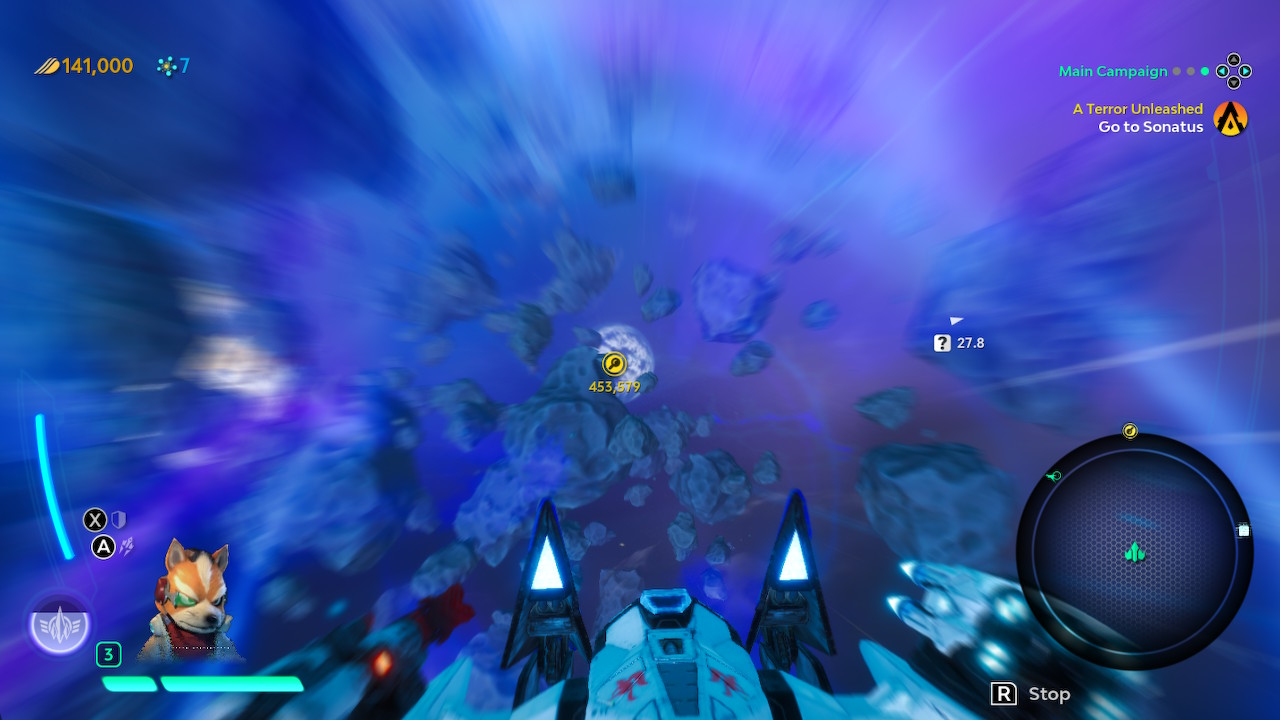 There’s something incredibly cool about the toys, which are well made and click together incredibly satisfyingly and easily but they are just… well, redundant. As cool as they are, it’s just a bit of a gimmick; as well as a bit of a pain. Physically, these ships in physical form are your “lives” If you get blown to smithereens by the legion, you’ll need another ship. If you only have one – or lose them all – it’s game over; well in the sense that you go back to your last save. Conversely, the digital version of the game comes with more options (the deluxe edition is only slightly more than the physical and packs almost all of the equipment in-game) although whether you think it’s worth the outlay without the toys ultimately comes down to you. If this was a route interested to you, former ONM journalist Chris Scullion noted that you may be better off using a different eShop region as you could save some serious cash. Anyway, I’ve gone off at a tangent here. The toys are fabulous and clever, especially the Arwing, but aren’t essential to play.

As you may have noted (and as I suspect most folk that played the Switch version did) I played through the entire game as Fox, and although I got to sample various weapons and ships, essentially played through the game as if it were a Star Fox title. To Starlink’s credit, it never felt forced, and the team certainly felt part of the core experience: and there was even campaign dialogue right to the end. It certainly seems that it was intended and meant to be in – essentially meaning that the other two console versions are worse for it. You can also call in a member of the team when you ability meter is full, which kicks in an incredibly nostalgic and rousing rendition of the classic Corneria theme from the original SNES title, although it does get a little annoying after about the twentieth time. 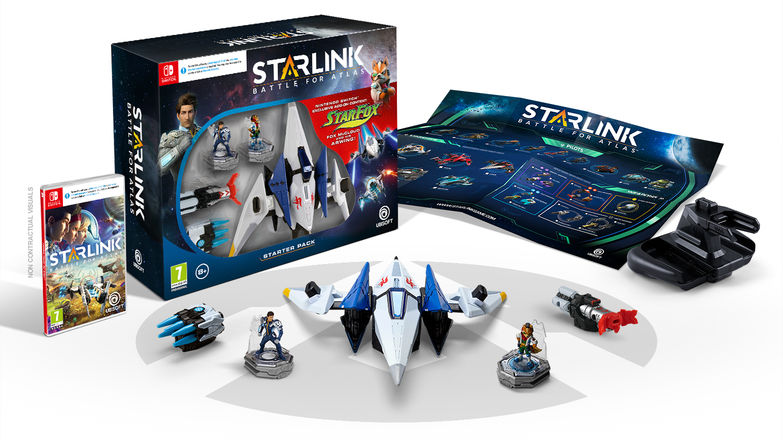 It’s not all brilliant here, though. There’s a huge amount of repetition within the game, and although each planet looks and feels different enough to each other, the essentials of what is needed becomes a little monotonous after a while, especially post game when that’s all that’s left to do, liberate what you haven’t yet done. The campaign also takes a disappointing turn at the end and the “final” boss was easier than many of the primes I faced, and the actual “final” encounter was over in seconds – literally. After making some good moves throughout it was certainly a massive let down. It does end with a little post-credits stinger though, so I’m expecting a future for the franchise, at least in the form of DLC.

These little annoyances are really my only real grievances with the game, which I otherwise surprisingly enjoyed. The cost of the game is going to put many off, although I suspect you’ll find it cheaper at a later point like many other games in this field do. It is a little repetitive, and, dare I say it, derivative of many other games, but it is fun. Plus, Star Fox stuff. It’s the closest thing to Star Fox that we have on the Switch so far, and probably isn’t too far away from something I’d want a Star Fox game to be. If that’s something that resonates with you, then this could be worth a look. Maybe when it’s a bit cheaper.

It’s a clever take on a somewhat redundant genre, and it’s hard not to be impressed initially with Starlink: Battle For Atlas. Despite some serious repetition there’s a whole lot to like here and the Star Fox content makes the Switch version the one to get, if you want it. Its the closest thing to a Nintendo Switch Star Fox but I suspect you could see it in bargain bins before too long.