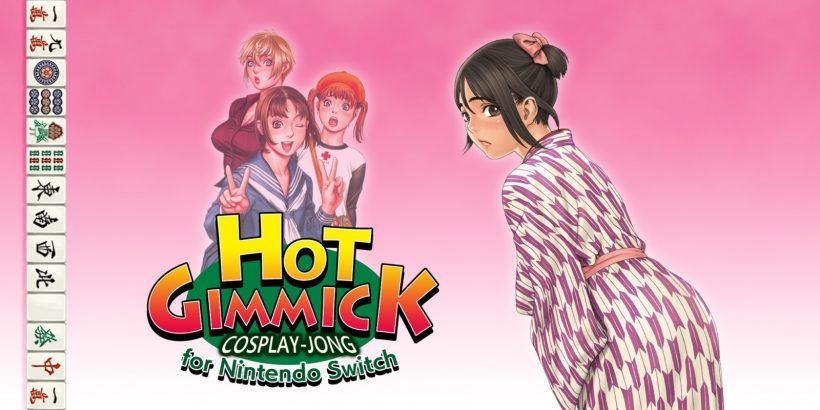 To say Nintendo are entirely a family friendly company who never allow the risqué to appear on their systems is pretty far from the truth.

Most like nudity in games to be portrayed in a tasteful and thought-out manner. With that in mind, in comes Hot Gimmick Cosplay-jong like a bull in a china shop. It’s a Japanese title all about the Chinese-originating tile game – except you play against cartoon women, and just a little bit like strip poker, you get to make them do some mildly titillating stuff if you defeat them.

Never before have I played a game which originated in Japan and that has since been translated into English, that even after reading every single word in the game I still have not a clue as to what the hell is going on. It really does come across as the developer thinking, “you know, Mahjong is a really boring game, so let’s spice it up a bit with some buxom women,” followed by some rowdy high-fives amongst the team. Laughably mistranslated, it’s clear that the dialogue was not the key feature that the developers were working on for a western audience.

Gameplay is a rather rapid game of Mahjong, preceded by your lady opponent talking some trash ahead of the tile action . Once you get the Mahjong out of the way, it’s time to the main event of Hot Gimmick Cosplay-jong – you’re given a bunch of options of forfeits for the women to get on with, and let’s be frank and honest: everybody in the world is going to pick the sexiest sounding one out of the curiosity (and because the others barely make legible sense anyway).

For doing so, you’re ‘treated’ to the opportunity to mash a button to reveal an anime scene where the girl’s clothes will drop away, exposing their underwear and jiggling their breasts. Let’s be honest – if you’re buying this, this is what you came for. But the question is why – why, with all of the adult entertainment available at your disposal on the internet, on TV and in magazines, would you pay for this sort of lame softcore action? You can’t help but feel if things were somewhat more x-rated here; after all, the Switch has done it before. If that were the case, Hot Gimmick Cosplay-jong would be something worth actually writing home about. As it is, it just offers cheap relief, and is a weird glimpse into the mind of a pervy game maker.

At over £15, Hot Gimmick Cosplay-jong is more scandalous for being a waste of money than anything else. You shouldn’t even bother if you’re coming for the titillation.