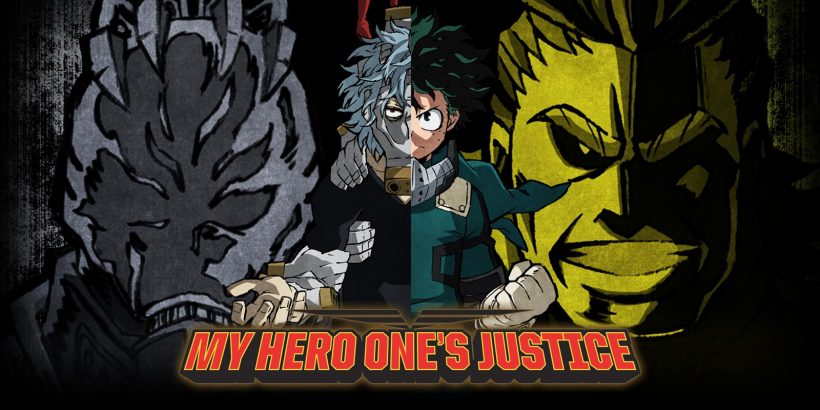 All for One, and One for All.

My Hero Academia’s popularity has seemingly surged exponentially throughout the course of 2018. Whilst many may have been acutely aware of the popular Shonen series prior to 2018, with the manga and anime having been initially released in 2015 and 2016 respectively, it’s safe to say that this series didn’t quite the reach the heights that, say, Naruto, One Piece and, to a lesser extent, Bleach had. With the English dub having released this year, having completed Season 1 in its entirety and being midway through Season 2, it’s a no brainer that Bandai Namco were, of course, going to release a game to capitalise on the newly found popularity.

For those not in the know, My Hero Academia primarily follows the exploits of Izuku “Deku” Midoriya, a boy who is born without a superpower – a ‘quirk’ – which is becoming frequently less common throughout their world. Having grown up obsessing over heroes, and with the fabled “Symbol of Peace” hero All Might serving as his primary focus and inspiration, he happens to meet his hero through a chance encounter and, after showing courage despite his shortcomings, is selected to inherit his quirk, ‘One For All’. Now having a quirk, young Deku enrolls in the premier educational facility that focuses on cultivating young heroes, U.A. Academy, where he meets various other classmates with unique abilities of their own. It’s not all smooth sailing, as expected, with various antagonists appearing throughout such as the aptly-named League of Villains and their copious shady members.

It’s safe to say that the core elements of My Hero Academia follow those shows that have come before it, using the tried and tested formula of starring initially unlikely heroes. That’s certainly not to say that the series doesn’t offer a unique and enticing spin on events, though. This cannot, however, be said for the main principles that One’s Justice offers players. An overly simple yet flashy combat system awaits you throughout this 3D arena fighter, featuring various attacks and, as expected, character specific abilities.

The physical attacks themselves find themselves in one of three categories; quick attacks, counter attacks and unblockable attacks. These find themselves in what could easily be considered a Rock, Paper, Scissors battle-style, although in practice it certainly seems a lot more chaotic and not as refined as one would think. Other physical means of attack are available, such as grabs to counter guards, but these often find themselves non-viable considering the flurry of powerful punches found throughout. You also have the ability to choose up to two support characters, being able to summon them throughout the match to provide tactical and essential backup.

What starts to differentiate characters are their various Quirks, the aforementioned unique powers that each character inhibits. This is where the game starts to find it’s own persona, as opposed to one that looks a near-carbon copy of the popular Naruto: Ultimate Ninja Storm series. Where one character may opt to use ice and fire powers from afar, the former being for defensive purposes and the latter for it’s damage-dealing qualities, another may use their Quirk to temporarily disable their opponents Quirks from being activated. The power that each character displays turns up the ante, making each battle a potential visual spectacle should the camera and frame-rate hiccups not rear their villainous heads.

Let us address the real villain, then: the performance. The Switch version would, understandably, not have the same level of performance that its more powerful console brethren would have, especially considering it’s a lesser-known multi-platform release. This being said, the fluctuations that can be found throughout the release are often jarring and, unfortunately, occasionally inexcusable. Various fully-powered character Quirks, as beautiful as they may be, can slow the frame rate down to an embarrassingly low figure. What should be a dazzling display of beautiful carnage turns into a slideshow of meticulously crafted animations, never quite allowing the unique characteristics and sheer power of each character to truly shine. The camera can eerily shudder as battles jump from various planes, be it from floor to wall or anything in between, and the disconnect this allows is enough to take us out of an anime dream and back into reality, controller in hand, not feeling quite as powerful and immersed as you may have done mere moments earlier.

The story is almost enough, though, to pull you back in. It features the main beats found throughout the series, albeit in a more condensed form, and it manages to portray these in a variety of different manners dependant on the overall impact it may have in regards to the larger narrative. For the most part, comic strips are effectively used to give forthcoming battles enough pretext to make combat purposeful. For the larger set pieces, fully animated sequences show and, impressively, mimic the series punchier moments well. Again, frame rate issues can plague the more animated moments but, as these are few and far between, the overall impact had is lessened.

What is appreciated, more so by fans of the series prior to picking up One’s Justice, is the “What If” moments of the story. Various branches exist throughout the story that offer an insight into other scenarios that may have taken place, such as combat between fiery comrades, encounters between unlikely foes, and the like. Whilst they don’t manage to provide further back-story or allude to more meaningful interactions between characters, they do provide fan service to those initiated in the way of My Hero Academia.

Rounding out the Story mode is the addition of a Villain mode, an unlockable addition once the Hero section’s finale has been experienced. This provides the much needed and often forgotten alterior viewpoint that the gaming medium often forego, and is all the more welcome when a diverse line-up of characters are found on either side of the moral spectrum. Completing each chapter of the story provides equitable cosmetic rewards, each reward being dependant on a rank-based scoring system. The rest of the game modes are as to be expected; a basic yet functional Local and Online multiplayer system and the ability to equip various cosmetic equipment to your characters and save these setups as loadouts.

My Hero One’s Justice is an incredibley feature-rich tie-in to the popular My Hero Academia manga series. Its take on the anime 3D arena fighter is adorned with explosive battles, though is blemished with technical issues.