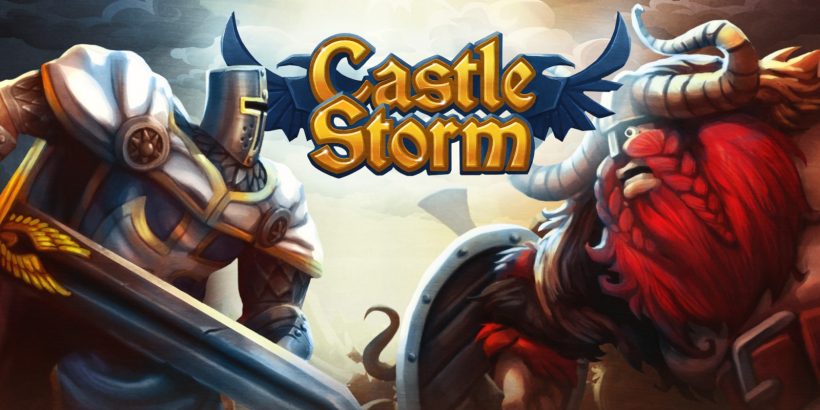 Whipping up a storm.

Whether it be my lack of imagination or a true stroke of creative wonder, I never thought that the Tower Defence genre would meld so well with an Angry Birds-inspired physics mechanic. Yet, here we are. Having originally launched back in 2013 for last-generation devices, developers Zen Studios have re-released Castle Storm, their unique amalgamation of genres on Switch to relatively minimal fanfare. Whilst said fanfare isn’t entirely undeserved, this game can certainly bring some junk food-like joy into your gaming hearts, should you be looking for a casual romp through battle-worn fields.

Castle Storm is, at its core, a game in which you manage the delicate balance of attacking an enemy fort with the aforementioned physics-based use of ballistas and the like, and defending your own with the various situation units that are available based on a passively generated resource. Whilst both mechanics are surely familiar to most, the carefully considered combination of both in tandem manages to, surprisingly, lead to fun and interesting battles – something that is certainly not usually possible when observed separately.

Like a well-orchestrated battle, your instruments of war need to be expertly choreographed to perform as an ensemble of destruction. Those instruments of war are, quite simply, your fingers should you opt for touch controls, or analogue sticks if you opt for the more traditional input method, and the plethora of units at your disposal. The units range from the tried and true foot soldiers to near-unstoppable mythical dragons, and everything in between. Whether you opt to spam the battlefield with cannon fodder or save for those few powerful units to decimate your enemies, that’s entirely up to you, and no one method leads to a guaranteed win.

What can often be a deciding factor in battles, however, is the Hero mechanic. This uniquely controllable unit manages to cut through the opposition with relative ease, often swinging the tide of battle in your favour. Coupled with additional spells that can buff both your attacking units and your castle defense, there’s plenty of depth required to keep you engaged from battle to battle. There’s certainly simplicity in the way that each battle is handled from a gameplay perspective, however, and that’s sure to keep players hooked. Rewards are provided after each battle, awarding ample gold to increase health points, damage and so forth, always encouraging you to participate in that next battle, and maybe even the one after that.

Controls, as previously mentioned, come in a variety of options, ranging from a controller input to touch. For a game of this nature and occasional technical sophistication, it’s a wonder that the touch input is my preferred method of interaction – the controller inputs appeared to range from unwieldy at best to just plain awful. Aiming with the analogue sticks in particular was more cumbersome than you’d imagine; One that is immediately alleviated by the intuitive touch controls implemented throughout.

Presentation-wise, Castle Storm is bright and colourful and chooses a cartoon aesthetic, one that blends well with the humour and general tone found throughout the rest of the package. The detail, or lack thereof, found throughout models and environments is adequate in handheld mode, but immediately apparent when playing docked. Performance is stellar, however, only ever dropping from the boasted 60fps a few times throughout my play sessions in both modes.

Castle Storm is a highly accessible yet mechanically deep take on the RTS genre, mixing in elements of both tower defence games and physics-based combat to an impressive level of competency and quality. The amount of content available throughout is staggering, and an endearing graphical style keeps you enjoying each spectacle the game throws at you.