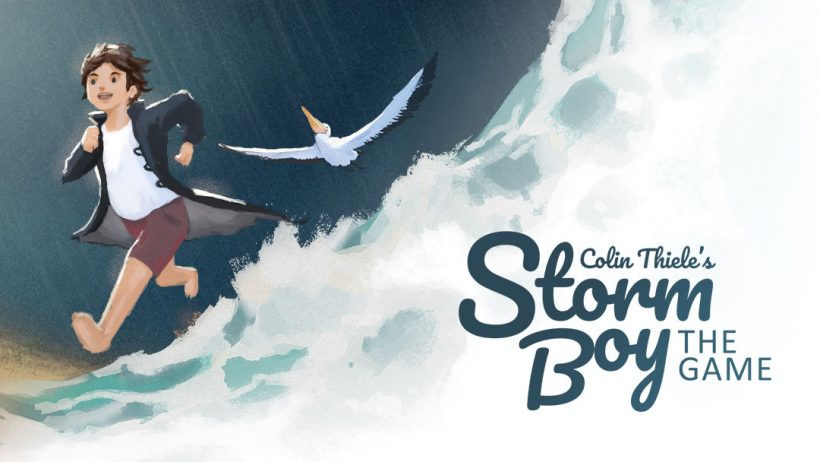 The calm before, during and after the storm.

From developer Blowfish comes Colin Thiele’s Storm Boy: The Game, based on the 1964 children’s book of the same name (that being Storm boy, not Storm Boy: The Game. That would just be weird, wouldn’t it). A tale about a young lad who helps and eventually befriends a clever little Pelican, Thiele’s touching story leaps into an interactive experience on the Switch, but the experience from a gameplay perspective is less of a storm and more a couple of light showers with some clouds.

Storm Boy plays out like an interactive story, with you simply running from left to right. There are no other controls. In fact, my instinctive press of the B button to see if my character could jump sent me straight back to the menu multiple times. Mini-games add a more interactive element to the story, and include feeding birds, sailing and diving in the ocean, writing in the sand. They’re interesting and varied, and I can see how they would keep a child entertained and engrossed in the story, but none of them are particularly well designed. Some of the touch based activities, such as throwing fish to the pelicans for example, work well in handheld mode with touch controls, but not at all in docked mode. Luckily there is no winning or losing, and they serve only to further the story.

A young boy living on the coast of South Australia with his widowed father and smart bird Mr. Percival, Storm Boy has a cute, albeit short story that is transformed fairly well into a linear side-scrolling book with some interactive segments that spawn from Thiele’s descriptors. Graphically it’s nothing to write home about, save for the nicely drawn cover art, and it doesn’t run brilliantly either, but it is completely ‘playable’ – as much as the game is considered playable – via touch controls, which is great for parents handing it off to a young child.

The about section of the game describes how the original author’s words turn a young readers mind “into a canvas of the South Australian coast”, and I can’t help but feel like maybe the game defeats the purpose of the book? Then again, kids are all iPad centric and phantom-limb nowadays, and so maybe this is a clever way of Trojan-horsing a moral tale into an app they think is fun.

Storm Boy is an interesting take on interactive storytelling, and it’s a nice little narrative toy for young children to play about with in tablet mode (or better yet, on an actual tablet- since the game is also available on iOS and Android), but from a gameplay perspective it’s in shallow waters, as there is little-to-no gamification in what is ultimately perhaps too true to the source material: words on a page. I’m not the target market for this one at all, and a young child may love poking around in the sand or playing catch with the pelican, but I’ve got my eye on the vast depth of the Switch Library, and this ones stuck on the shoreline.

Storm Boy: The Game is an interesting take on interactive storytelling, and young children or fans of the book may find enjoyment here, but its short length and lack of any real gameplay make it one worth passing on for the average Switch Player.